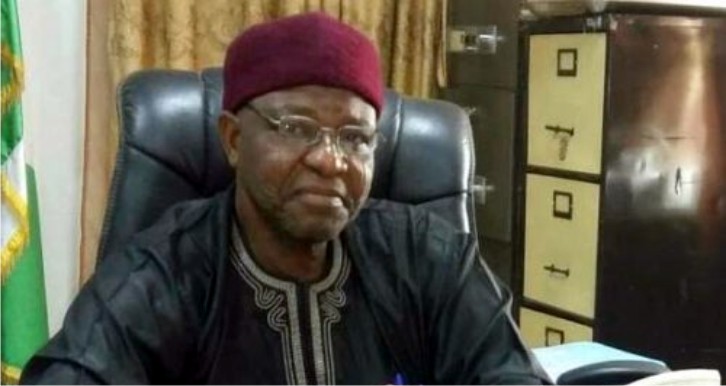 The INEC Resident Electoral Commissioner (REC) in Kwara, Malam Garba Attahiru-Madami, last Monday called on NYSC members to always maintain their integrity wherever they found themselves.
Attahiru-Madami made the call at the NYSC Permanent Orientation Camp in Yikpata, Edu Local Government Area of the state, while addressing Batch ‘B’ Stream II corps members.
Attahiru-Madami was at the orientation camp to sensitise corps members on the activities of the commission.
He also urged the corps members to be patriotic and be committed to the ideals and tenets of the scheme throughout the service year.
In a paper presented on his behalf by Mr Jacob Ayanda, HOD Voter Education and Publicity, Attahiru-Madami said INEC holds corps members in highest regard as they form the bulk of the ad hoc staff during elections in the country.
“Corps members are dear to INEC, we value NYSC, and you are our major stakeholder because 70 per cent of INEC ad hoc staff are corps members,” he said.
Out of the 13, 000 ad hoc staff INEC used in Kwara during the last general elections, more than 7, 000 were corps members.
Attahiru-Madami told the corps members that the NYSC experience marks the beginning of life, hence the need to always protect their integrity and family name.
He said his integrity earned him the success he achieved during the general elections, adding that he refused to compromise his integrity.
The REC said welfare of corps members during elections was very paramount to INEC as critical stakeholders, noting that corps members had played prominent roles in the electoral process in Nigeria.
“Corps members’ welfare is of paramount importance to the commission.
“In the first place, the commission ensures that all necessary logistic arrangements are made for them from the training period till after the election day.
“Provision of logistics, in terms of transport from INEC local government area offices to the Registration Area Centers (RACs) are provided.
“At the RACs, basic amenities such as electricity, potable water, sleeping materials and toiletries are equally provided.
“Moreover, the commission makes provision for adequate security for corps members and materials to be used during elections,” he added.
The REC also admonished corps members, as Voter Education Officers at their places of primary assignment, to always be well dressed.
“As the Public Relations Officers of the commission at the unit level, the corps members must protect the image of the commission and regularly carry out publicity activities,” the REC said.
These activities, the REC, said may include display of posters and election results.
The State Coordinator of NYSC, Mrs Tosin Ikupolati, urged corps members, especially females, to always dress decently.
According to Ikupolati, men would admire ladies more if they do not expose their bodies.