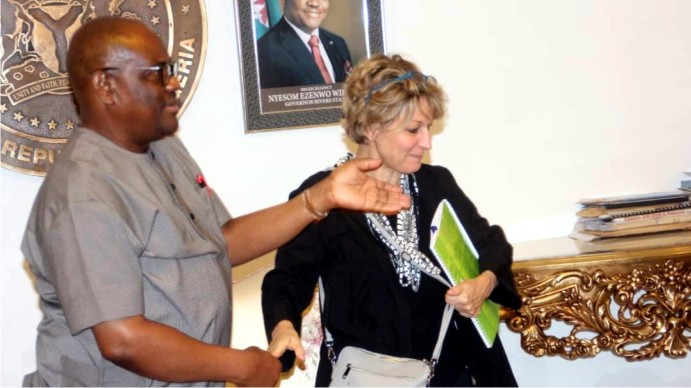 A traditional ruler in Rivers State, HRH Christopher Wonodi has called on the All Progressives Congress (APC) to redeem the promise it made to support the Governor Nyesom Wike-led administration to enable him succeed and deliver democratic dividends to the people.
Wonodi, who is the Eze Mbam Abali X11, Eze Risiohia, Rebisi in Port Harcourt made the call during a chat with The Tide in Port Harcourt, Rivers State capital on Wednesday.
Recall that the APC leadership in the state had through Senator Andrew Uchendu at a news briefing promised to support Governor Wike to succeed, even as the former had made some suggestions for the state chief executive to achieve good governance.
But Chief Wonodi said several months after that promise was made, he was yet to see anything concrete that suggests that the main opposition party in the state is willing to honour its own promise aimed at ensuring the development, peace and security of the state.
He said, “Well it was a good thing for the APC to have come out then that they want to support Wike’s government and the PDP to ensure peace and security in the state. But in my opinion, I am yet to see any form of support from them, at least openly. They may be doing so in the background but I am yet to see them keep the promise they made. But I think they should come out clearly and openly,” he said.
The monarch explained that supporting the government in power does not necessarily mean backing or agreeing with everything it does, but that constructive criticism is a form of support because it keeps the government on its toes.
“When that (constructive criticism) is done, sincerely it may even keep the government on its toes. Government will come to terms with the fact that it is being watched and monitored in terms of policies and programmes. So, I also feel that any government that does not experience any opposition is not worth it. Constructive criticism, rather than criticizsing for the fun of it is one of the essence of opposition.
“When the opposition sees something good in the government, they should commend same and if they feel policies are not good, they can criticize and proffer solution.
“But when you come out to say we will support you to succeed without seeing you do so openly and sincerely and you choose to pick holes in anything and everything the government does, that is sheer docility and it does not speak well of an opposition,” Eze Wonodi stated.
Chief Wonodi therefore reminded the APC to redeem its promise to the governor by showing some support, just as he called on other political parties to rally round the ruling Peoples’ Democratic Party (PDP), especially as Wike has just begun his second term in office.

Prove You Have Political Will To Protect Nigerians – Northern Coalition