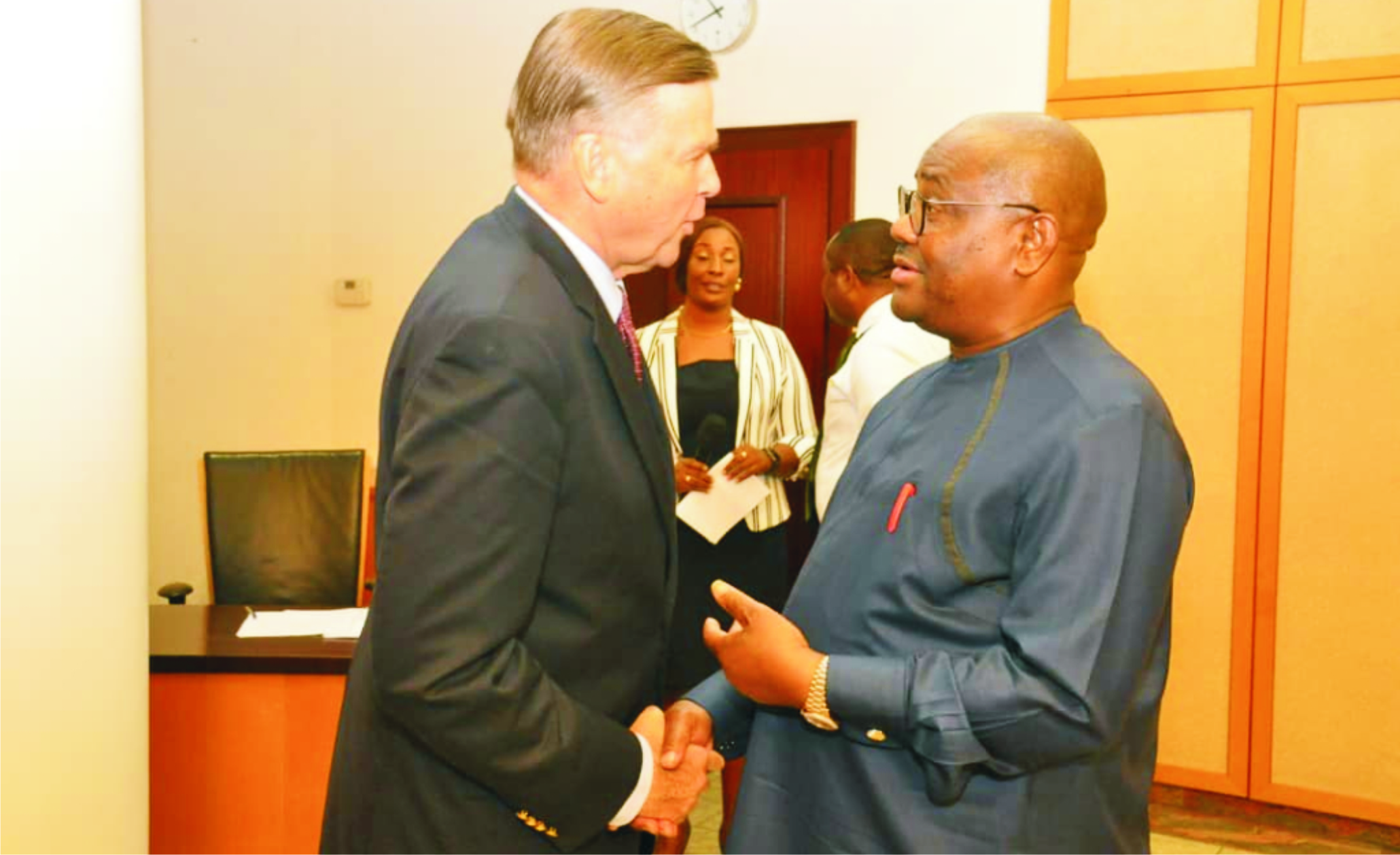 The State Employment and Expenditure for Result Project (SEEFOR) in Rivers State has issued cheques of N100,000.00 each to rent shops for over 500 graduates of the state’s craft development centres who earlier received its starter packs for self-employment in the state.
The State Coordinator of SEEFOR, Mr Kelcious Amos, who officially supervised the disbursement of the funds in Port Harcourt, said the process was the second phase of the empowerment programmes to the young graduates of craft development centres across the state.
According to him, the graduates who were selected from different schools including from technical colleges and school-to-land programmes centres in the state, were earlier provided with starter packs of all kinds of electrical, welding and mechanical.
“What we are doing here today is part of the process we started some years ago to skill-up youths from various governments craft development centres, technical colleges and school-to-land centres across Rivers State.
“Precisely today, we are supporting them with N100,000.00 each to get a workshop, where the starter packs will be used to start their own businesses.
“They should use the opportunity to get themselves workshops to earn a living in life.
“Our next step of action is to disburse working capital of N50,000.00 each to enable them operate in the workshop but that will be after they might have rented the shops” the SEEFOR Coordinator explained.
Amos said that the project would ensured that the young school leavers in the state have their own businesses even before they further them education.
He also advised parents and guardians to monitor their wards and children to ensure proper management of the fund provided for their.
Also speaking, the Director Crafts, Ministry of Local Government Affairs, Mr Obisike Anthony, commended SEEFOR for providing starter packs and fund for the youths to start their life after schools.
Anthony urged the young graduates to take the project serious, saying that the project was to ensure that they live a better life in the state.
Also speaking at the occasion the Principal Government Craft Development Centre, Port Harcourt, China Ameka, and Director, Planning,Research and Statistics Ministry of Local Government Affairs, Mr Samuel I. Nwokugha commended SEEFOR for the projects.
They urged the recipients to ensure the money is judiciously used for the purpose it was provided.
Mr Nwokugha appealed to SEEFOR to extend the projects to the youths in the rural areas as means to reduce restiveness and social vices in the state. 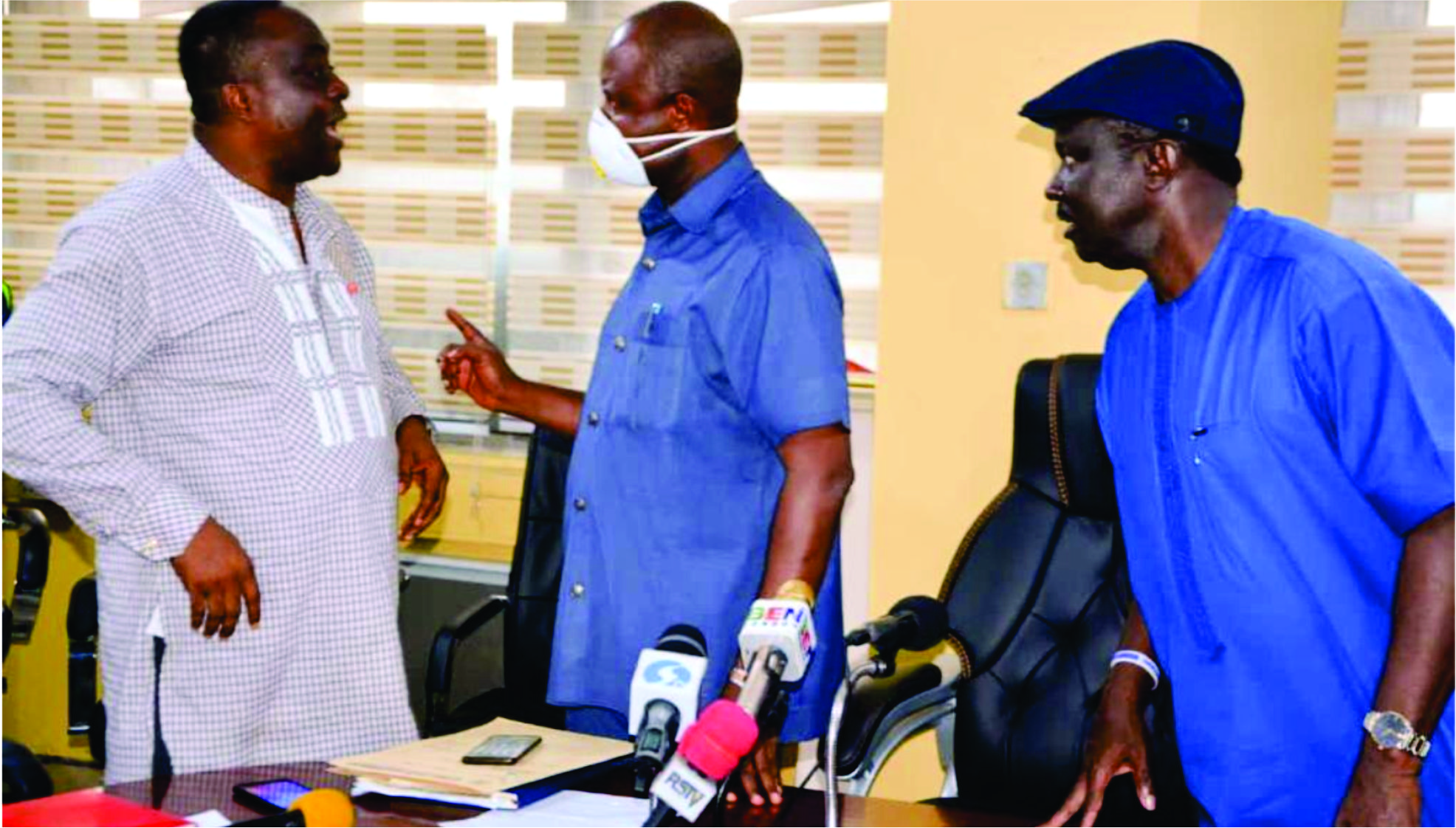 The Rivers State University, yesterday donated 120 cartons of hand sanitisers to the state Ministry of Health. The Vice Chancellor of the university, Prof. Nlerum Okogbule, accompanied by the former Acting Vice Chancellor, Prof. Opuenebo Owei, the Registrar, Dr Sydney Enyindah and other big wigs of the university handed over 120 cartons of hand sanitisers to the ministry at the State Secretariat Complex in Port Harcourt.
The vice chancellor stated that the hand sanitisers were produced by the Department of Chemistry in the Faculty of Science of the university, with the alcohol base of more than 70 percent.
Okogbule said that in line with the Coronavirus pandemic that has plagued the entire world, the university in its wisdom decided to produce these hand sanitisers in order to contain the dreaded virus in the state, and to assist the Governor, Chief Nyesom Wike in the fight against COVID -19.
Okogbule said that more hand sanitisers would be produced in due course.
The state Commissioner for Health, Prof. Princewill Chike in his response, thanked the management and staff of the university for the magnanimity.
He therefore, asked other corporate organisations and entrepreneurs in the state to toe similar line, noting that if institutions like the Rivers State University could come up with 120 cartons of hand sanitisers, other institutions could surpass that gesture.
The commissioner stated that if there are enough sanitisers in the state, local government areas and communities within us would be reached and the war against COVID-19 will be won.
He advised citizens in the state to maintain social distances, washing of hands with soap and sanitizer, as this would bring the dreaded disease to an end.

The Bayelsa State Government on Wednesday, failed to make public the total amount of money it inherited from the immediate past administration of Governor Seriake Dickson.
Governor Douye Diri took over the reins of power from Dickson on February 14, 2020 following the Supreme Court judgment which voided the election of David Lyon of the All Progressives Congress and declared him winner of the November 16, 2019 poll.
The government had been under pressure by stakeholders, including the Save Our Unity and Nascent Democracy, a pressure group, to address the people on the state’s financial status.
Following the pressure, the government on Wednesday held its maiden transparency briefing at the Treasury Building, Yenagoa.
However, the Technical Adviser to the Governor on Finance, Mr Maxwell Ebibai, who presented the state’s income and expenditure for the month of February, 2020, kept mum on the total amount of money inherited from the former administration.
He nevertheless, explained that the state posted a negative figure in the month of January, 2020.
Ebibai, who was responding to a question on the issue, said, “You wanted to know if the balance that was carried over from January is the balance that was left by the previous government.
“Let us all be guided that the previous government stayed (in office) until the 14th of February.
“So, it will not be okay that that’s the balance handed over by the previous government. However, with government is an issue of assets and liabilities.
“If we want to go into what was handed over, we will be looking at our receivables, our investments, our bank balances. And that’s not what we can take in this outing.”
The governor’s aide, who was Dickson’s commissioner for Finance, further said, “In the month of January, we had a negative figure. And the negative figure from the month of January was N2.381bn.”
He said the state’s total receipts for February, including a net inflow of N11.704bn from the Federation Account Allocation Committee, was N17.69bn.

Iriebe, Community in Obio/Akpor Local Government Area of Rivers State has urged companies operating in the area to provide the residents with food items to cushion the effects of the coronavirus.
The Iriebe Council of Chiefs Chairman, Chief Godspower Eleto spoke in Port Harcourt while the Paramount Ruler of the Community, Eze (Dr) Jeremiah Worenwu, distributed some food items to women as community efforts to alleviate the suffering in the area as the lockdown continued in the state.
Eleto called on companies operating within the community to come to their aid as the paramount ruler cannot cater for the needs of the residents alone.
However, Worenwu explained: “The community thought it wise to give assistance to both indigenous and non-indigenous women living and doing business in the community, the food items though it will not be enough but is just to support them since they have been observing the sit at home directives of the Rivers State Government.
“The traditional ruler said that the food items which included garri, yam, onions, and indomies were the effort of the community”, saying that they were informed that the local government is also making similar arrangement of palliative measure but they were yet to receive the items.