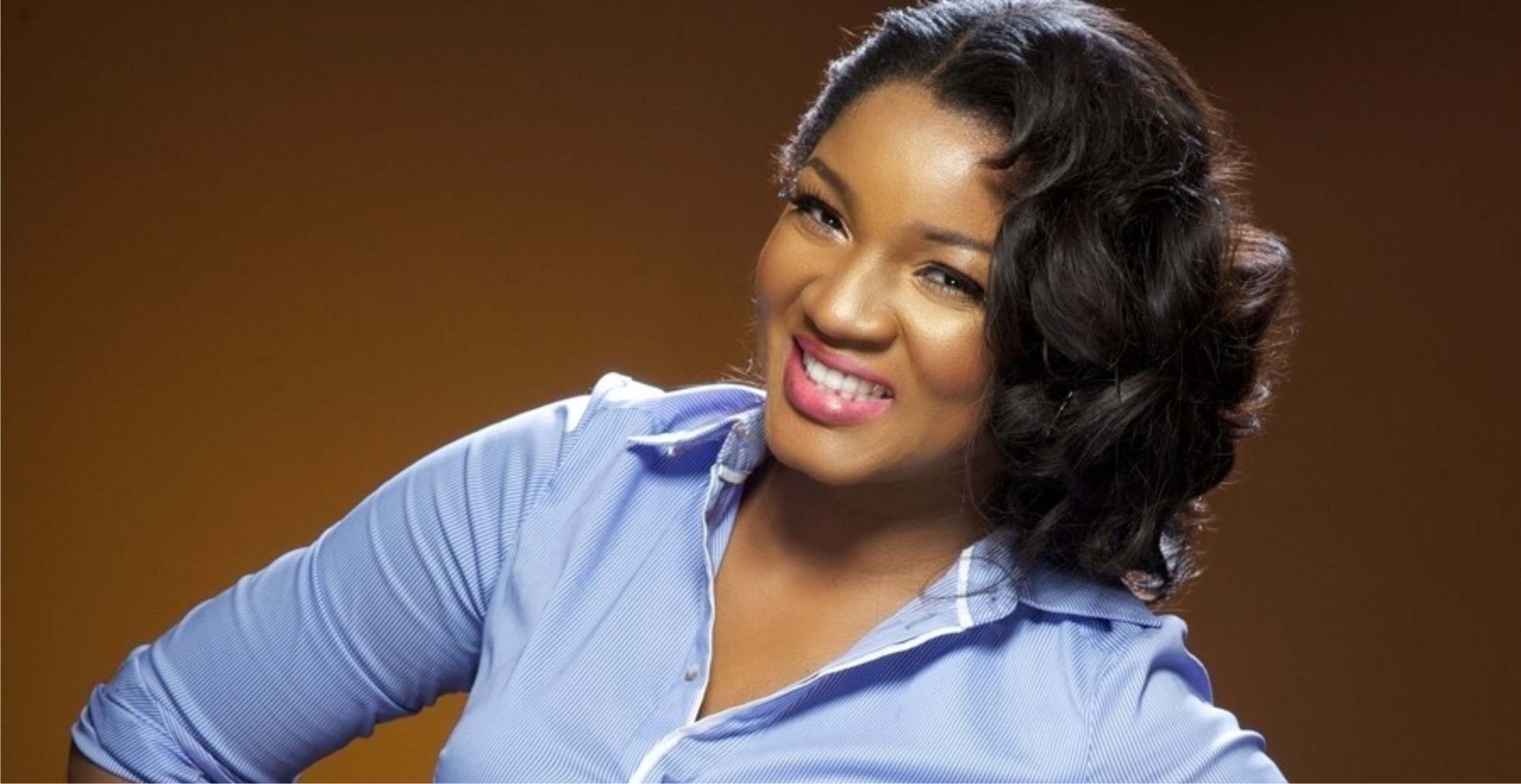 A shocking nude photograph of delectable Nollywood actress, Omotola Jalade-Ekeinde has resurfaced on line, setting tongues wagging. It was first published by blogger, Olu Famous. The photo appears to be destined to go viral as it is already being reposted by a number of people.
In the photo, she wears only bra while holding a transparent cloth over her bare buttocks. An inscription eats into Omotola’s left leg brands in the photograph. A number of people have expressed outrage over the photograph.
Omotola, 34, is married to Captain Mathew Ekeinde with four children; the marriage was recently rocked by allegations of infidelity by Omotola which she vehemently denied.
The shocking photo was first published by Olu Famous under the heading “this is just unbelievable, Omotola poses nude:? while underneath appears the comment” I really find it difficult to believe that a respected actress like her would engage in this shameless act”.
On reproducing the photo, broadcaster, Moyo Oyatogun wrote: could this be our Omotola? I saw it on Olu Famous, is this really Omosexy or na photoshop?”.
Posing near nude photos seems to be the trend among some Nollywood actresses as they have kept the social media buzzing taking to their instagram pages, showing their fans and followers how sexy they look in bikini.Actresses like Genevieve Nnaji, Uche Jombo, Chika Ike, Osas Ighodaro are few others that have generated lots of controversy on social media as a result of their controversial posts.
As expected, fans seem disappointed by the actions of these celebrities whom many see as their role models, wondering what the industry is turning into.
Although, posting nude pictures on social media is not new in the entertainment industry, it is now common with Nollywood celebrities. The big issue is, why would highly respected movie stars like Genevieve Nnaji, Uche Jombo, Chika Ike, Osas Ighodaro and others follow the trend?
Shortly after award winning Genevieve Nnaji posted a picture of hers in bikini at the beach on her instagram page, other top female celebrities followed suit.
About a week ago, Uche Jombo posted her nude picture on social media, even as most fans and colleagues did not see this coming. This picture which left fans and colleagues in awe was captioned “Work in progress, not there yet, but beach ready!”
It would be recalled that Sandra Achums,another Nollywood star, had also joined the bandwagon as her nude picture was also recently showcased on the social media.
However, some fans of these Nollywood celebrities have criticised them for  posting the  embarrassing pictures as they have no choice than to feed their eyes.
As these celebrities take part in the bikini/nude picture challenge, as fans have tagged it, we still believe that Nollywood still has some decent actresses in the industry.
Also, people are wondering what would happen to the younger ones that look up to them. Should they also emulate their lifestyle? Where would Nollywood be in the future?  These are some of the unanswered  questions on the lips of many.