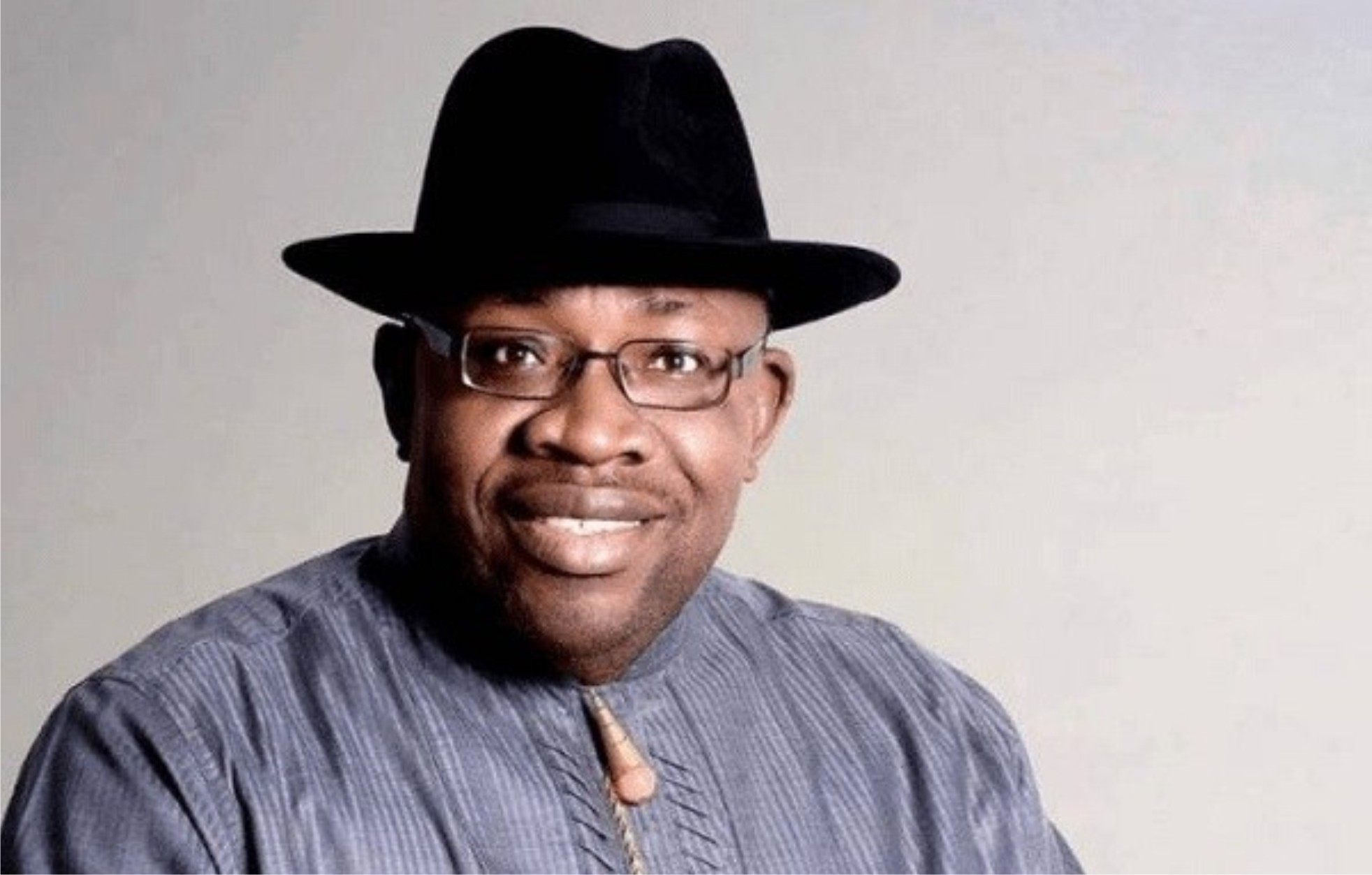 Governor. Seriake Dickson of Bayelsa State says his preferred candidate for the September. 3 primary of Peoples Democratic Party (PDP) will emerge among his loyalists in the Restoration Camp of the party.
Dickson, in a statement issued in Yenagoa yesterday, said that the leadership of the restoration caucus would decide on an aspirant to support in the primary before Sept. 3.
More than nine of the 21 aspirants jostling for the PDP ticket ahead the November. 16 governorship election pledged allegiance to the restoration camp led by Dickson.
The Deputy Governor, Retired Rear Admiral John Jonah,Secretary to State Government, Kemela Okara, Chief of Staff to Gov. Dickson,Talford Ongolo, Special Adviser to Dickson on Establishment, Benson Agadaga and Board of Internal Revenue Chairman, Ayawei Nimbofa are contesting.
The governor said that supporting any aspirant of the PDP outside the restoration camp was one “heavy moral burden’’ he was not prepared to carry.
He also hinged his decision to support a Restoration aspirant on the imperative of continuity, effective service delivery and commitment of restoration caucus to the socio-economic growth of the state.
Dickson dismissed those accusing him of refusal to support some aspirants, insisting that it was his right to decide who to back in the primary.
He also urged the members of the party to ignore the rumour masterminded by some political interests that the newly elected local government party chairmen and councillors were not qualified to be delegates in the election.
He said that there was no law in the PDP that prevented elected local government officials from becoming delegates in the primaries.
“We have agreed to elect a candidate for our party from the restoration team. I will fail in my responsibilities and values if I abandon those who have supported me, who have been through thick and thin with me. 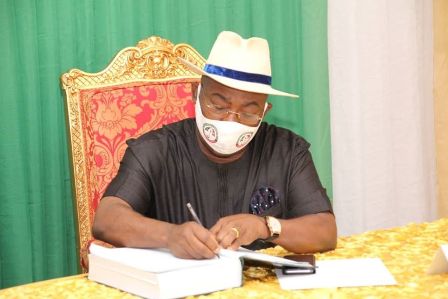 The Peoples Democratic Party (PDP) has passed a vote of confidence on the Governor of Rivers State, Chief Nyesom Wike, because of the high performance of his administration.
The party’s Chairman in the state, Amb Desmond Akawor, announced this, yesterday, during a courtesy visit by the Executive members of the Rivers State chapter of the party to the governor at Government House, Port Harcourt.
Akawor said: “For us as a party, we take our shoulders high when we consider what is going on in the state, especially in terms of infrastructural development”.
According to the PDP chairman, the administration of Governor Wike has not only recovered what were lost by the past government but has changed the landscape of Port Harcourt with five flyovers at a time, a feat that no administration in the state ever accomplished.
He further noted Governor Wike’s landmark achievements in health, Judiciary, traditional institution, among numerous others, and stressed that there was none out of the 23 three local government areas of the state that does not have the governor’s landmark.
The party also rated Governor Wike high in the fight against the ravaging Coronavirus, particularly as the first governor to lockdown the state, including other strategies of his administration which were outstanding.
The party chairman intimated the governor of the plan to move from unit to unit for the reconciliation of aggrieved members to bring them back to the umbrella of the PDP.
He said the state executive arm of the party deemed it necessary to come and thank Governor Wike for organising what he described as the most peaceful state convention, and assured him that they would follow the Constitution of the party to the letter in discharging their duties.
He assured the state chief executive of the party’s maximum support to his administration, including his determination to lead the party to victory in the forthcoming Edo Governorship Election.
In his remarks, the Rivers State Governor, Chief Nyesom Wike, congratulated them for their emergence as the new executive members of the party in the state, and charged them to work hard and in unity to sustain the high level achievements recorded by the party.
Remarking that the former leadership of the party under Bro Felix Obuah worked well, the governor charged the new executive to do better, and assured that they would be provided all they need to succeed. 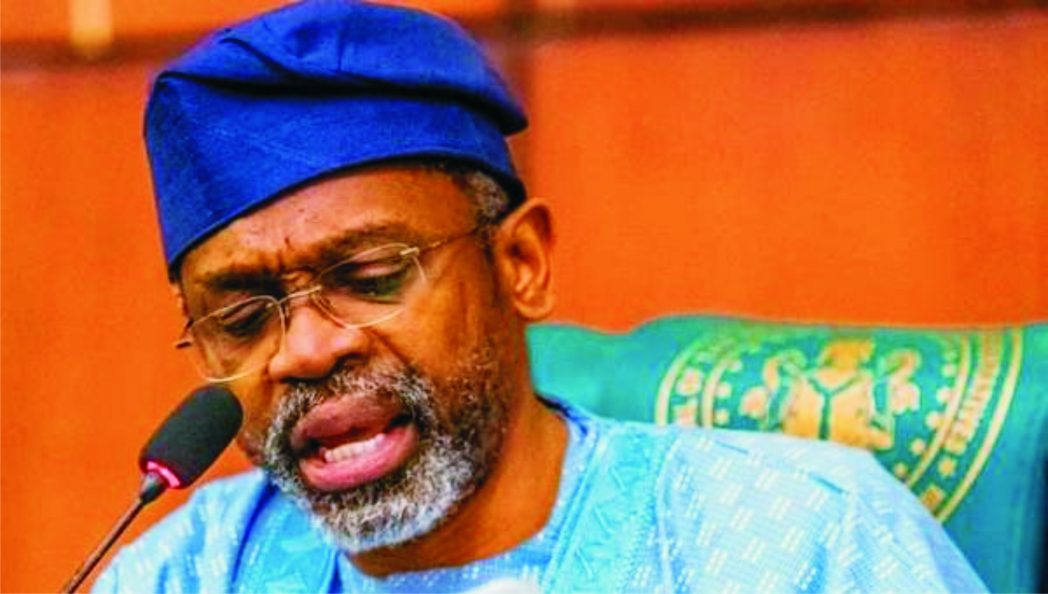 The Speaker of the House of Representatives, Femi Gbajabiamila, has revealed that some revenue generating agencies were diverting funds for unnecessary expenditures and forcing government to take loans.
Gbajabiamila revealed this at the commencement of the dialogue session on Medium Term Expenditure Framework (MTEF) and Fiscal Strategy Paper (FSP) organised by the Committee on Finance.
The session is for revenue consideration with heads of revenue generating agencies in attendance.
The Speaker in his speech noted that there was, “consistent failure to adhere to the revenue remittance agreements to which many of these agencies have committed.”
He, therefore, criticised the agencies for making government to seek loans to finance infrastructural development.
Gbajabiamila also warned that loans will not be sufficient to finance capital component of the budget.
“We have credible reports that these desperately needed funds have in many cases, been diverted to finance unnecessary trivialities. At the same time, the Government is left scrambling for alternative sources to fund priority projects.
“We recognise that we cannot accomplish these objectives using loans and outside financing alone,” he said.
Also speaking, the Chairman of the Committee, James Faleke, said that the focus will be on MTEF which President Muhammadu Buhari sent to the National Assembly before its annual recess.