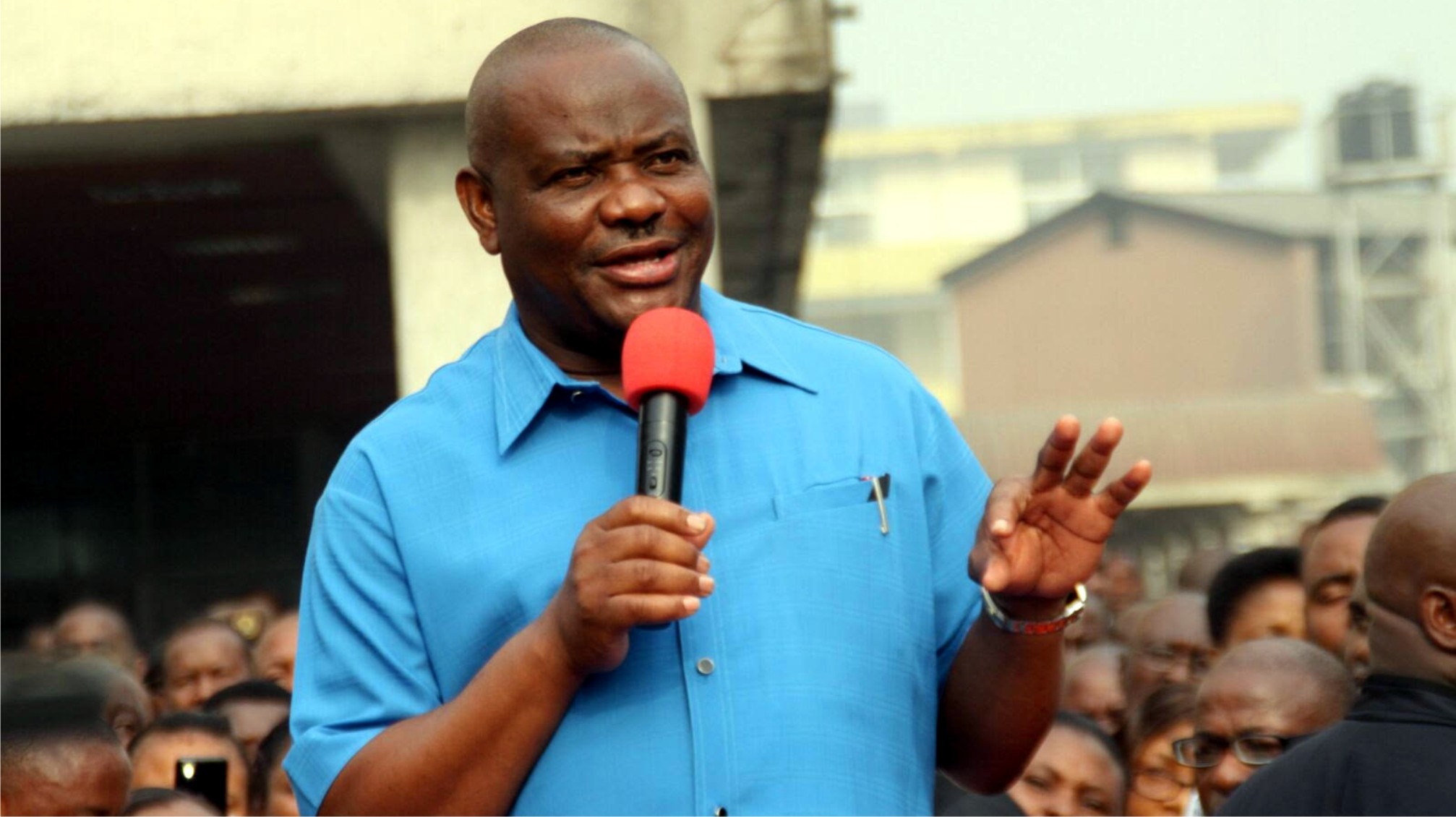 Rivers State Governor, Chief Nyesom Wike, has called on Christians to remain united as a body of Christ bound in a common  faith.
Governor Wike made the call Friday, when His Eminence, Baba Aladura, Dr David Bobmanuel, Moses Orimolade 1X  and Prelate of the Eternal Sacred Order of Cherubim and Seraphim Worldwide, paid him a courtesy visit in Government House, Port Harcourt.
The Governor stated that being united will not only  strengthen their faith but will also lead to rapid expansion of the church.
“There are too many divisions in the faith. Look at the Christian  Association of Nigeria in Rivers State, it has been divided into factions.This is not necessary.
“We cannot be the body of Christ and we are not working together. Working as a team will make the church grow faster than it is doing right now”, said the governor.
He reaffirmed that Rivers State is a Christian state and that his administration is in partnership with the church, hence, he would support the church in its programmes.
He  urged the church to join his administration in its fight against negative impact of cultism in the state.
Wike congratulated the Baba Aladura on his emergence as the Prelate of the Eternal Order of Cherubim and Seraphim Worldwide, noting that as a Rivers man, Rivers people were proud of him.
Earlier, the leader of the delegation , His Eminence, Dr David Bobmanuel, said they were in the state for the International Youth Conference of the church.
He thanked the governor for his administration’s consistent support  to the Christian community.
The Baba Aladura also congratulated the governor on his election victories  and monumental achievements recorded so far and urged the governor to use the second term to consolidate on his first term achievements.
Last week, the Chief of Staff to the  Rivers State Governor, Engineer Emeka Woke, was honoured with a Special Birthday Church Service at the First Baptist Church , Rumuoakunde, in Emohua Local Government Area.
The Service was organised by Mr Israel Uchendu and his family. Friends, well wishers and top government officials were in attendance.
The Chief of Staff thanked God for his blessing over the years and vowed to continue to serve God and humanity all the days of his life.
In his sermon, Rev Harrison Igwe  Icho, urged people to always make God, the object of their worship, so as to attract several blessings.
Also in the week under review, the Chief of Staff, was among dignitaries that attended this year’s edition of Egwu Ogba, the traditional New Yam Annual  Festival of Erema Ancient Town in Ogba/Egbema/Ndoni Local Government Area held last Tuesday.
He commended the Paramount ruler of Erema , Eze Azubuike Princewill and the people of the area for promoting their rich culture.
Woke further called on traditional rulers to partner the state government to ensure sustained peace across the state.
He urged traditional rulers to key into the Operation Sting to promote security in all communities in the state, stressing that the state government will not tolerate any form of cultism or insecurity in any community.
He stated that Rivers State Government was working hard to build investors’ confidence in the state to boost youth employment.