Muslim clerics and governors in North-East have called for intensification of prayers to God for permanent peace to return to the sub-region.
Making the call in their Sallah messages to the people, they said with complete submission to the will of God, the challenges were surmountable.
They also called for respect for one another to enable the achievement of the desired unity necessary for the resolution of grey areas.
In his message, the Deputy Chief Imam of Bauchi Central Mosque, Malam Bala Kankusurwa, urged those at the helm of affairs to lead with the fear of God.
He said the way out of the current predicament of the country was to return to God.
On his part, Speaker, Bauchi House of Assembly, Abubakar Sulaiman, said Eid-El-Kabir symbolized the extent of total submission of Prophet Abraham to the will of God.
He called on parents to ensure that they did not allow their wards to be involved in criminal activities, saying that reports during festive periods in the past indicated increase in criminal activities.
The Chief Imam of Gombe State, Malam Umar Mohammed, urged Muslim faithful in the state to continue to pray for sustainable peace and unity in the country.
The Imam stressed the need for sustainable peace in the state and the country at large, saying it was the only way the country would be united.
In his Sallah message, Governor Inuwa Yahaya of Gombe prayed for bumper harvest and sustainable peace this year.
He expressed optimism that his government would overcome the challenges he met on ground when he assumed office.
In Yobe, one of the states grappling with security challenges, Sallah was performed peacefully, with security operatives keeping vigil.
The state government had earlier issued a restriction order on movement of vehicles across the state, from Saturday 11.00 p.m, to Sunday 10.00a.m, as a proactive security measure.
The situation was the same in Borno, where the Chief Imam of Maiduguri Central Mosque, Shettima Saleh, admonished Muslim faithful to imbibe the fear of God and pray for an end to the activities of insurgents. 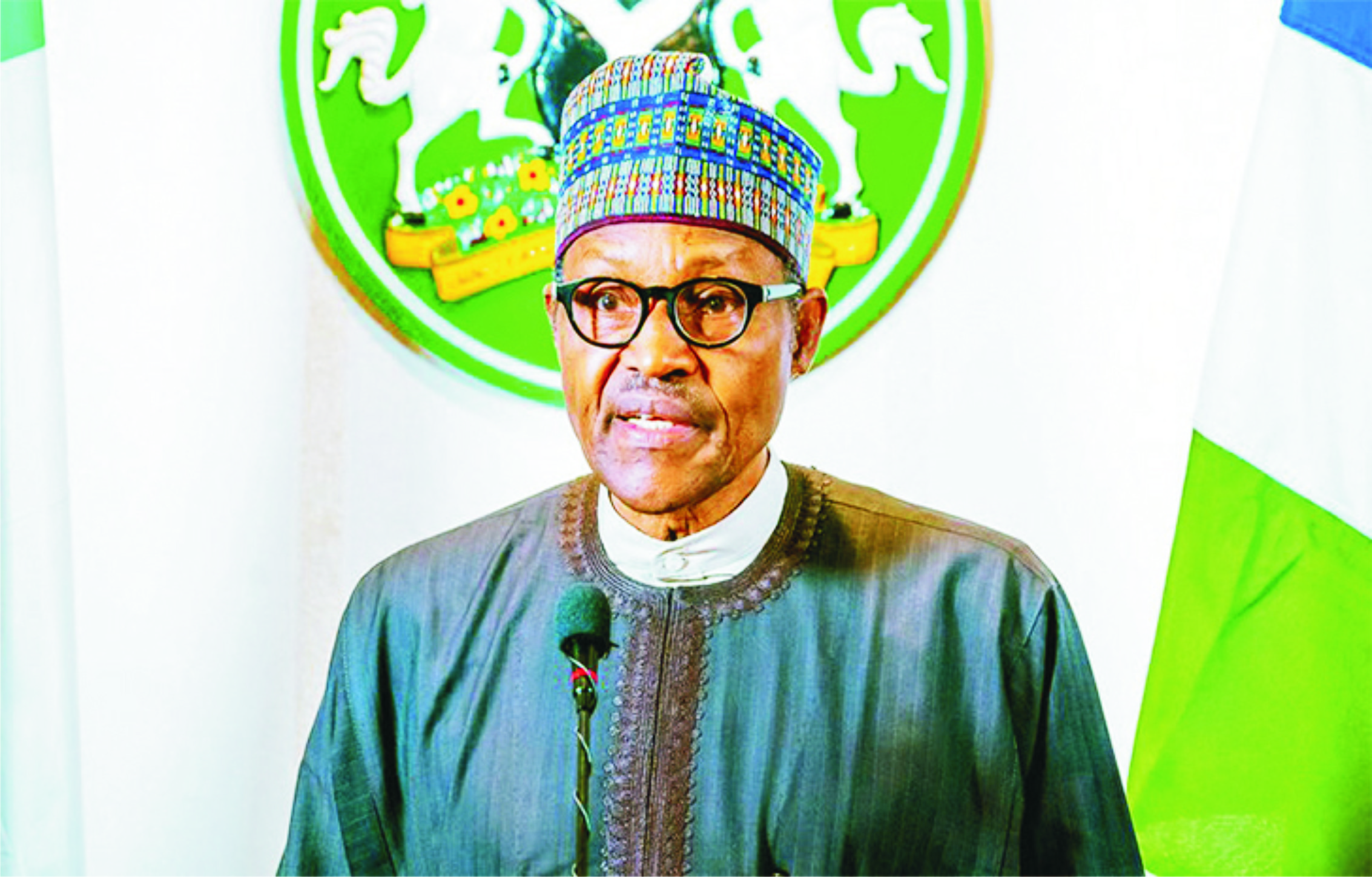 Dr Elisha Auta of Economics Department, Kaduna State University (KASU), has advised the Federal Government not to limit interventions on curbing the spread of Coronavirus pandemic, but also focus on the aftermath.
Auta gave the advice in an interview with newsmen in Kaduna while reacting to President Muhammadu Buhari’s broadcast on Covid-19 Pandemic last Sunday.
He noted that the broadcast, which was long awaited with high expectation by Nigerians addressed critical issues, particularly the current situation and what was being done to bring the pandemic under control.
He added that the broadcast also explained what government institutions and agencies were doing towards cushioning the effect of the current lockdown across the country, to curb the spread of the virus.
Auta, who is also the Executive Director, Budget Research and Development Policy Advocacy Centre, however, said that not much was said about efforts to keep the economy floating after the pandemic may have been addressed.
According to him, the Federal Government needed to assure the public that it was not only looking at curbing spread of the virus, but also putting measures in place to sustain the economy.
“The global economy is already in a recession following the devastating effect of the Covid-19, with most developed countries facing serious economic crises.
“As such, if we only focus on the pandemic without looking at the bigger picture, we will find ourselves in a much bigger problem, following the already crumbling economy with dire consequences on the poor.
“There is, therefore, the need to have a marshal plan, a critical stimuli to lift the economy, otherwise a bigger crisis will emerge after the pandemic has been brought under control.
“The government needs to mobilise effective and efficient hands to address not only the pandemic, but also the consequences it will have on the citizen’s ability to feed and access basic needs of life,” he said.
The economist also lauded the government palliative measures but noted that there was nothing new except keeping existing social investments afloat during the lockdown.
He stressed the need for specific palliative measure, targeting the poor and other vulnerable persons across the country.
“This is very important because the current financial palliatives either target corporate institutions, or individual that operate in the formal sector, while majority of Nigerians operate in the informal sector.
“Also, how many Nigerians, for example are benefiting from the conditional cash transfer, TraderMoni, MarketMoni or FarmersMoni social investment programmes?
“Even for those that are benefiting, how much is the amount? The Federal Government needs to be aware of the heavy shocks and hash economic condition that the population will be faced with.
“I, therefore, advise that the palliative measures should not be limited to existing social investment programmes, but nationwide, targeting the poor and the vulnerable in our communities who will be largely affected,” Auta said.

Enugu State Ministry of Health has debunked reports trending on social media that the two cases in the state that tested positive for Coronavirus Disease (COVID-19) are the Minister of Foreign Affairs, Hon. Geoffrey Onyeama and his Personal Assistant.
In a statement by the Permanent Secretary, State Ministry of Health, Dr. Ifeanyi Agujiobi, the state government stated that the claims are untrue, fictitious and baseless as well as the handiwork of mischief makers who want to dent the image of the Minister.
Dr. Agujiobi maintained that the two positive cases of COVID-19 are returnees from United Kingdom (UK) and are currently on Isolation, doing very well.
He clarified that the patients are husband and wife from Isi-Uzo Local Government Area of the state, adding that the state Ministry of Health is currently conducting line listing and contact tracing of all those linked with the couple in the state.
The clarifications came as the state government took delivery of two additional ambulances and one incident vehicle it purchased to support the state’s response to the Coronavirus Disease pandemic.
According to Agujiobi, “Suffice it to say that Geoffrey Onyeama and his Personal Assistant are not the two cases of COVID-19, recently reported in Enugu.
“We hereby enjoin the general public to disregard any information on COVID-19 in Enugu State that does not emanate from the state government through the State Ministry of Health or Information. Let us be well guided”.

Obiano In Self Quarantine 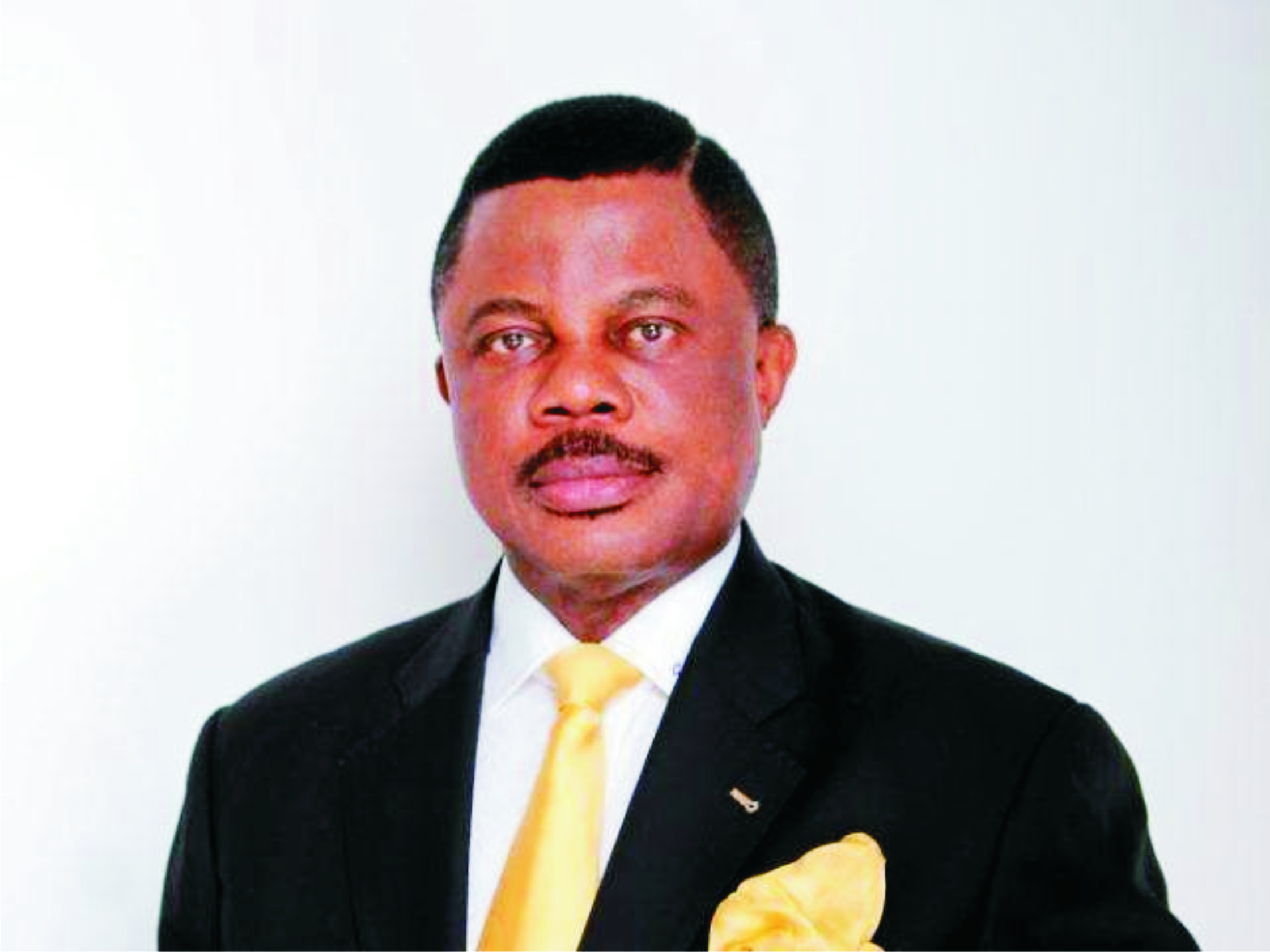 The Anambra State Government has confirmed that the Governor of the State, Chief Willie Obiano has gone into self-quarantine.
The Secretary to the State Sovernment, SSG, Prof Solo Chukwulobelu and the Chief of Staff to the Governor, Mr Primus Odili gave the confirmation in a joint press briefing, yesterday in Awka.
The officials said the Governor has been in self-quarantine since 11 days, and has not shown any sign of the disease.
“The governor was at the NEC meeting last Thursday, and you know how the sitting arrangement is, after the Anambra State governor, you get the Bauchi State governor, who has announced his status recently.
“But if you are aware of the sitting arrangement during the meeting, you will find out that they usually observe social distancing. That you are in a hall with a man who has the disease does not mean that you can be infected.
“The governor is a very enlightened person, and because he knows he has been in a meeting with such Calibre of people, he decided to go into self-quarantine.
“Obiano is on self-quarantine. I have not seen him for the past one week, and we only talk on phone. We had two hours meeting yesterday (Sunday) using zoom. There are no fears about his health at all,” the officials said.
They also appealed to individuals and corperate organisations to donate to the state government to keep fighting the virus.
They said about N1 billion had already been spent to procure personal preventive equipment (PPE).