The Federal Airports Authority of Nigeria says airport security and other logistics have been strengthened to contain the expected increase in passenger traffic during the Eid-el-Kabir holidays.
FAAN’s General Manager, Corporate Affairs, Mrs. Henrietta Yakubu, gave the assurance in a statement issued in Lagos yesterday.
Our correspondent reports that the Federal Government had declared August 12 and 13 as public holidays in commemoration of the festive season.
Yakubu said the authority had also installed new directional display units to guide travellers, especially new ones, at its airports.
The general manager assured all airport users that Nigerian airports were fully ready to play host to air travellers during and after the holiday period.
She said the VIP Protocol lounges at the Murtala Muhammed International Airport and the General Aviation Terminal, Lagos, had been refurbished to give maximum comfort and value to passengers.
“This is part of our commitment to ensure seamless facilitation of our highly esteemed passengers during the Sallah celebrations and beyond.
“Also, maintenance of conveyor belts and escalators at the Murtala Muhammed International Airport, Lagos has been completed and functioning optimally,” Yakubu said this in a statement.
The general manager advised the general public and intending travellers to make early preparations towards completing their travel arrangements in good time. 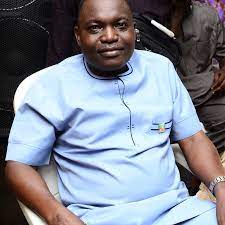 The Chairman of Akoko Northwest Local Government Area of Ondo State, Mr Ayo Akande, has expressed worries over incessant attacks by criminals of border towns in the Northern part of the state.
Akande stated this yesterday in Akure, at a press conference to herald the 30th anniversary celebration of Akoko Northwest Local Government.
The celebration is scheduled to start today at Oke-Agbe Akoko, the local government headquarters.
Akande commended Gov. Oluwarotimi Akeredolu for his efforts at restoring peace in Akokoland with the aid of Amotekun corps.
He, said that there was also ongoing collaboration between the state and the neighbouring states of Edo, Ekiti and Kogi to curb insecurity in those troubled border towns.
“It is only the deaf and dumb that will not appreciate what the governor had been doing in the state.
“If not for his position to fight insecurity in the whole state, the story would have been different, we appreciate what he has been doing with the Amotekun Corps.
“I must also thank the traditional rulers and community leaders for their support and cooperation to ensure that the state is peaceful.
“Though, some people and media have labelled Akoko land as criminal hideout, I want to tell you that, things have totally changed and tranquility had been restored in the whole land,” he said.
He, however, noted that in spite the efforts the problems still remains in Akoko Northwest Local Government border towns with other states.
Akande explained that Akoko land specifically has borders with Ekiti, Kogi and Edo states and the criminals from the states usually come for operations, strike and move back to their base.
“And security agencies seemed not to have power to pursue them to those states.
“We have registered this complaints to the appropriate authority and security agencies for them to strengthen their collaboration with the neighboring states. I want to assure you that matter is being addressed.
Meanwhile, the chairman said the weeklong programme would involve many activities like economic summit with the theme; Enhancing local government economic stability in the post pandemic era – Challenges and Prospect.
“We have invited seasoned and international resource personalities in person of the Deputy Majority Leader and member representing Akoko-Edo Federal constituency in the House of Representatives, Mr Peter Akpatason as well as Dr Deji Akinwalere to come and address us on that day.
“Government resource allocation cannot take us to the next level. So we are trying to think outside the box to see what we can do to invite the private sector to join our government to move the local government forward economically,” he said.
On his part, the Akala of Ikaram, Oba Andrew Momoh, said the issue of security in Akoko land was a reflection of security in the country.
“This country as of now is experiencing security challenges and it is important that all tiers of government intensify efforts to address insecurity.
The Oba lamented that the crisis in the middle belt was already moving south and Akoko being in the northern part of the state needs urgent attention before it engulfed the region.
The traditional ruler later thanked the state government for the establishment of the Amotekun corps that had been of tremendous help to the state. 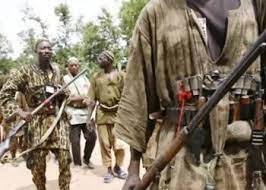 A vigilante group in Kogi State has neutralised 11 bandits terrorising various communities in Koton Karfe Local Government Area of the state.
The operatives also arrested a security officer and his accomplice alleged to be supplying weapons and rescued abductees from the kidnappers den.
Mr Onogwu Muhammed, the Chief Press Secretary (CPS) to Kogi State Governor, disclosed this in a statement made available to newsman yesterday in Lokoja.
According to Muhammed, information received revealed that security operatives acting on intelligence nabbed an officer of the Nigeria Civil Defence Corps (NCDC), Insp. Abdullahi Saidu, who alongside a friend supplies the criminals with weapons.
Muhammed added that the NCDC officer is also alleged to be giving security information to the criminals to undertake their heinous crimes.
“A group of bandits terrorising some parts of Koton Karfe Local Government Area of Kogi State have met their waterloo.
“As officers of the State’s Vigilante Group killed 11 of them, arrested others while three kidnapped victims were rescued successfully
“The successful operation by the security operatives was done in series and with a detailed account the Kogi State Vigilante operatives narrating that Alaidi, the ring leader was killed during the first camp attack.
“Other Members of the bandit group, Rabo and seven others were crushed.
“Madei and one other were killed in the second kidnappers camp while Umar escaped with gunshot injury but was recaptured.
“Five of the kidnappers arrested including the Civil Defence operative were in the custody of the Department of State Security for further investigations,” the statement read in part.
He also noted that such security success by the operatives was a welcome development and a proof that the security architecture of Kogi was strong and solid enough to quash all forms of criminal vices. 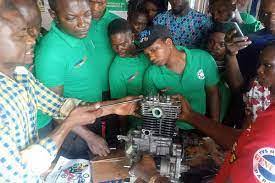 The National Automotive Design and Development Council (NADDC) has trained 12,000 youths on the repair and maintenance of tricycles as part of measures to enhance their livelihoods.
The council’s Director-General, Mr Jelani Aliyu, disclosed this yesterday in Kano, while distributing certificates of participation and working tools to some of the trainees.
“Today marks another milestone at strengthening capacities of mechanics and technicians to ensure poverty reduction and enhance skills acquisition,’’ he said.
Aliyu said that the training would also assist to produce more competent craftsmen, who would not only become self-reliant, but also become entrepreneurs and employers of labour.
He said that the training was organised by the council, in collaboration with Stalion Bajaj Auto-Keke Group Mechatronics.
Aliyu explained that the training would ensure safety in the transport sector, because “tricycles are used as means of transportation particularly within urban areas in some parts of the country.
“Permit me to stress that maintenance of vehicles is an essential factor for safety.
“Our combined efforts will lead to the realisation of this goal which all of us are here to witness,’’ he said.
Aliyu also said that the trainees were drawn from Kwara, Ekiti and Kano states and he vowed to sustain efforts towards addressing the gaps in the auto repairs subsector of the economy.