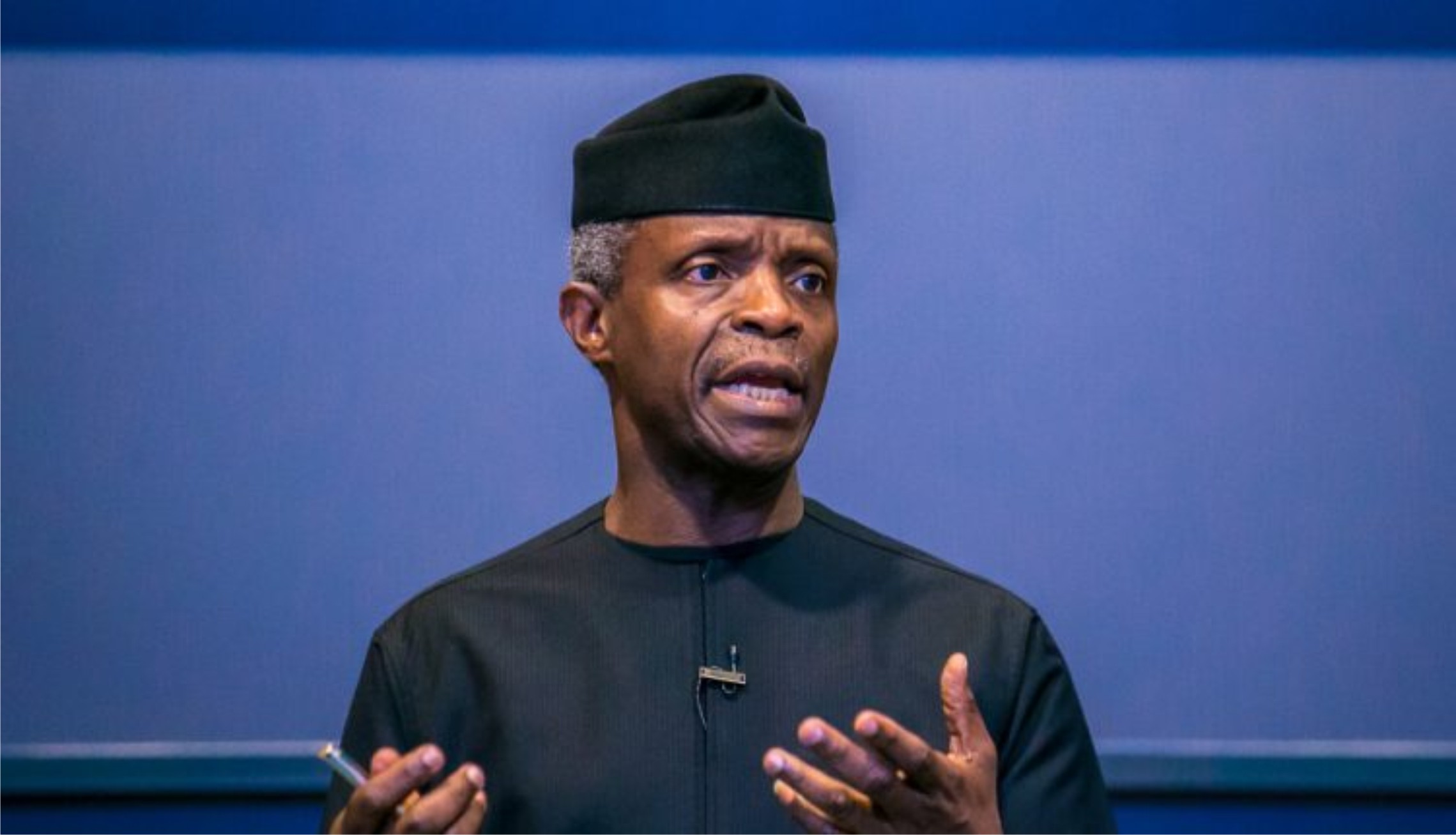 Vice President Yemi Osinbajo and Gov. Ifeanyi Okowa of Delta are to be given Niger Delta Leadership Awards 2018 by Gbaramatu Voice Newspaper, a multi-media organisation.
The award ceremony will hold at Transcorp Hotel in Abuja on Aug. 8.
Mr Jacob Abai, the Publisher of the newspaper, said in Lagos on Sunday that the awards were to reward excellence in governance.
“GbaramatuVoice wishes to announce the name of the Vice President, Prof. Yemi Osinbajo, as winner of Niger Delta Peace Laureate of the year award for going out of his way in sustaining peace in Niger Delta through his lectures, townhall meetings, consultations and discourses.
“His Excellency, Gov. Ifeanyi Okowa of Delta, is Niger Delta Best Governor of the year on Grassroots and Rural Community Development,” he said.
Others to be awarded are the environmental rights activist and the Special Adviser to Former President Goodluck Jonathan on Niger Delta Affairs and the Chairman of the Presidential Amnesty Programme, Hon. Kingsley Kuku, who is to receive Lifetime Achivement Award.
The Chairman of Niger Delta Bishops’ Forum, Archbishop Goddowell Avwomakpa, and Comrade Joseph Evah, the Coordinator of Ijaw Monitoring Group, are also to receive Lifetime Achivement Award.
“Mr Matthew Tonlagha will receive the Niger Delta Philantropist of the year award.
“Comrade Sammy George, Chairman, Ijaw Youth Council, IYC, Rivers State will receive Niger Delta Most Active Youth Leader Award of the year for Peace, while Environmental Justice (CEPEJ), a Niger Delta based NGO, will receive Niger Delta Most Outstanding NGO of the Year award.
“Ijaw Women of America Inc, based in the U.S., will receive the Niger Delta International Most Outstanding Women Organisation Award for building solar power borehole in five Niger Delta communities.
“Comrade Daniel Ezekiel, a Niger Delta Human rights activist, will receive the Niger Delta Humanitarian Service of the year award for advocating for the rights of the common man.
“Comrade Esimaje Awani, a fomer President of Itsekiri National Youth Council, will receive Niger Delta Most Outstanding Youth Leader award, while Chief Barriater Smooth, Niger Delta Music Icon award.”
He said Chief Timipre Sylva, a former Governor of Bayelsa, would be the chairman of the occasion, while Deacon KIngsley Otuaro, the Deputy Governor of Delta would be the Chief Host.
“Prof. Yakubu Aboki Ochefu, the Chairman of Aboki Publsihers and Investment Limited will be the keynote speaker, while Prof. Tosam Harriman, Director, Centre for the Development of Social Research in Nigeria, Kano, will be the speaker.
“Royal Fathers of the Day are His Majesties, Oboro-Gbaraun II, Aketekpe, Agadagba, Pere of Gbaramati Kingdom, His Majesty, Elder (Capt.) Joseph Timiyan, Ebenanawei of Ogulagha kingdom and others.”
Abai said that the awards were created in 2015 to recognize individuals and collective contributions to the Niger Delta, “especially those undervalued and unrecognized people who are making a difference in various areas”.
“All across the Niger Delta, the nominees have demonstrated exceptional works through their philanthropism, environmental awareness, love for the Niger Delta, community service, rule of law and sundry issues,” he said.
He said that the nominees were named after a thorough scrutiny by independent evaluators.
“Categories of awards for which nominees have been shortlisted include Niger Delta Governor, philanthropist, woman, musician, Showbiz impresario, business personality, cooporate organisation, legislator and sports personality of the year.”