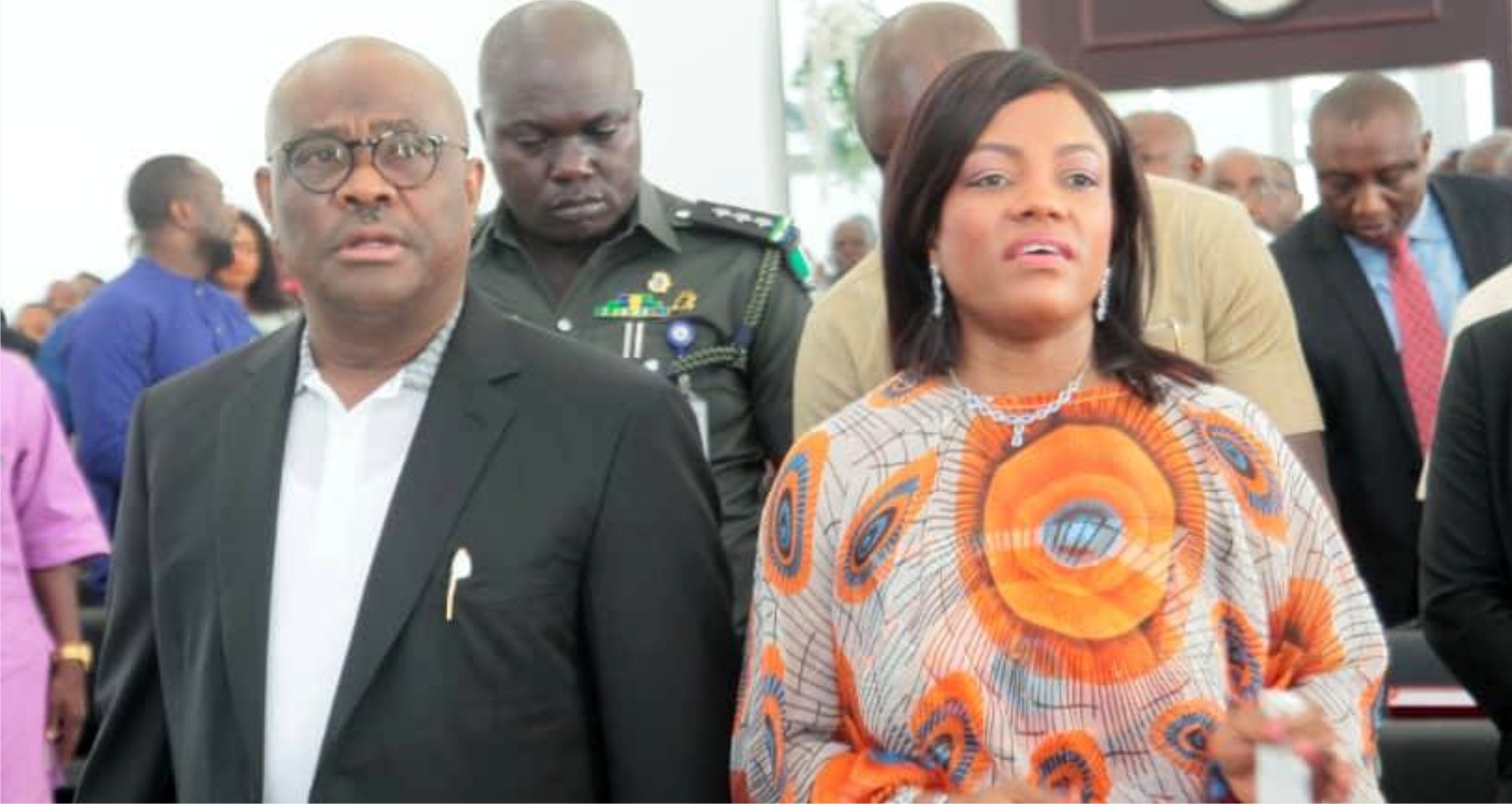 Rivers State Governor, Chief Nyesom Wike, has declared that even if the Former Rivers State Governor, Chibuike Rotimi Amaechi is allowed to choose all the panels to handle political cases involving the state, he will continue to fail.
He also stated that all the gang up against Rivers State will continue to fail because God defends the state.
He spoke yesterday at the Government House Port Harcourt Chapel of Everlasting Grace during a Thanksgiving Service for the Supreme Court judgment that declared him qualified to contest the 2019 Rivers State governorship election.
He said: “If you know what Amaechi has been doing, then, you will know that God is with us. He wants to constitute all panels. They should allow him to appoint all panels, but he will fail.
“God will continue to do it for us. We have faith in God. All the gang up against us will fail. Please continue to support and pray for Rivers State”.
He said since 2015, Amaechi has been working round the clock to disrupt the democratic process in Rivers State. He said Amaechi has continued to fail because God is with the state and Rivers people believe in his leadership.
“Amaechi has done everything possible to make sure that we don’t remain here. But nobody can play God.
“In 2015, we won elections and they did everything to destabilise the state. They said that we won in 2015 because of Jonathan. They nullified almost all the State Assembly and National Assembly elections. We had several rerun elections and Rivers people voted overwhelmingly for the PDP.
“In 2019, we witnessed when the Former Minister of Transportation sang war songs in the presence of the President. People became afraid. The Presidential and National Assembly elections came and we won all the seats. We were not in power at the Federal level. We didn’t have security agencies, but we won. Then it came to the Governorship election, they used money and security Services against us, but we won”.
Governor Wike said that he has no fear despite the evil machinations of the Former Rivers State Governor and his cohorts, because God is on the side of Rivers State.
He said: “You have lost, you have lost. All you need to do is to prepare for the next elections. If elections are conducted 2million times in Rivers State, PDP will continue to win”.
He regretted that despite extending an Olive Branch to all political opponents, they have continued unnecessary political battles that will not benefit the state.
Governor Wike said this is the time for all political divides to unite for the development of the state, noting that there is no reason why any Rivers leader should de-market the state.
Speaking further, Governor Wike said that the immediate past Rivers State Commissioner of Police was transferred out of the State because he refused to write a false security report declaring the state unsafe to host the election Tribunal.
“They told the Commissioner of Police to write a security report that here is not safe for the Tribunal. But he refused and the transferred him.
“The Former Minister of Transportation said Rivers State is not safe, but he celebrated his birthday here. The letter Former President Olusegun Obasanjo wrote was not because of Rivers State. But Amaechi is saying Rivers State is not safe.
“All the companies are drilling oil and Nigeria is making money from Rivers State. So Rivers State is safe. I am here and I am here. It is the way God wants it. I will stay here till 2023, then another person will come. Don’t continue to paint Rivers State black”, he said.
He said that since the commencement of his second term, his administration has faced several political and legal challenges, aimed at derailing it. He said he is thanking God for ensuring that he always wins, despite the strength of his opponents.
Governor Wike narrated how Achinike Nwobodo, an aide of the Former Rivers State Governor filed the suit at the Federal High Court and lost in 2018, only for him to return in 2019 to file the same eligibility suit, with another person as the plaintiff, while he (Nwobodo) served as counsel.
Meanwhile, the Chairman of the Peoples’ Democratic Party (PDP) in Rivers State, Bro. Felix Obuah has hailed Governor Nyesom Wike on his victory at the Supreme Court following a suit challenging his eligibility to contest the last Governorship poll.
Obuah made the commendation in a statement issued in Port Harcourt, the state capital, yesterday, and made available to The Tide.
The statement, which was signed by Obuah’s Special Adviser on Media and Publicity, Jerry Needam, commended the eminent jurists for rising to the occasion, stressing that they have once again, dispensed justice dispassionately.
He also commended their wise decision and forthrightness, reiterating that Wike’s re-election was a divine order, which any attempt by man to upturn, would be an exercise in futility.