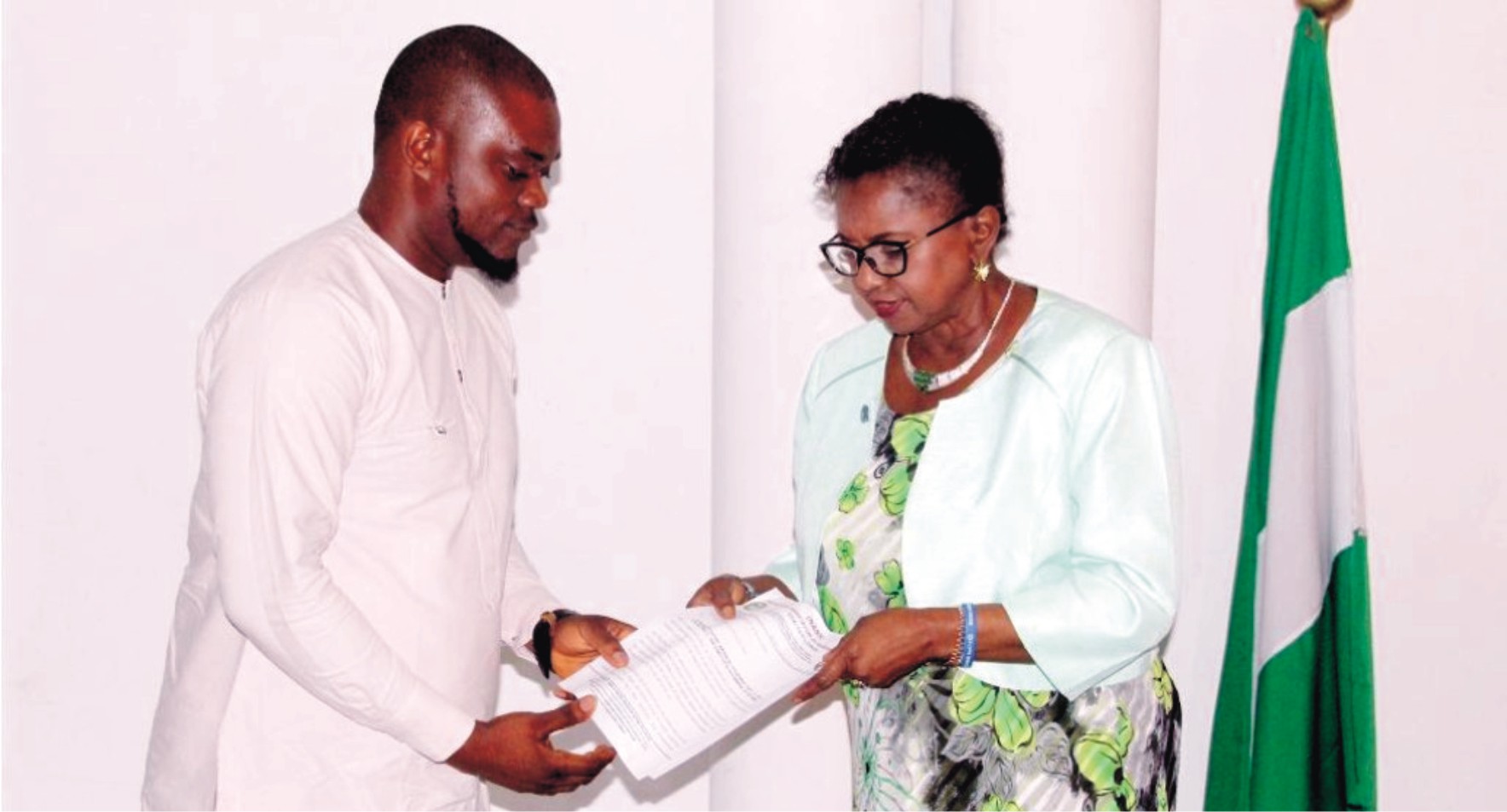 The Rivers State Government has reiterated its determination to stamp out cultism and gangsterism in all institutions of learning across the state.
The state Deputy Governor, Dr Ipalibo Harry Banigo stated this during a familiarisation visit by the Council of Student Union Government Presidents (SUG) at the Government House in Port Harcourt, last Friday.
Banigo urged the student leaders to continue to maintain their peaceful disposition in their institutions and work against anything that could short change them as students.
She said as critical stakeholders, they have important roles to play by preaching the peace and providing mentorship for their followers.
“This government is totally committed to stamp out cultism in our tertiary institutions. We are also not going to condone it in our communities. We have zero tolerance for it, and all the vice chancellors and rectors are committed to it in line with the governor’s passion for zero tolerance for cultism”, Banigo stressed.
According to her, cultism has destroyed our youths and children, even down to the primary schools, noting that it was not fair at all because it destroys destinies.
“God created everyone to be good but some persons deceive and initiate others through false promises in order to destroy them; we must speak against it in order to have a more prosperous Rivers State”, Banigo further stressed.
She assured them that Governor Nyesom Wike’s promise to carry the young people along in his second tenure remains sacrosanct, stressing that his second tenure would herald more infrastructural and human capital development.
In his remarks, the National Association of Nigerian Students (NANS), Zone B Co-ordinator, David Bariereka, who congratulated the governor and his deputy on their successful re-election, informed the deputy governor that they were at the Government House to discuss the welfare of students and chat the way forward.
Meanwhile, the new Commissioner of Police in the Rivers State Command, Mustapha Dandaura says he would declare total war against violent crimes in the state and ensure that criminals terrorising the East-West and the Omagwa-Elele-Omerelu roads are decimated within a short period of time of his administration in the state.
The CP also said he came to the state to fight crime to a stand-still in line with the Inspector General of Police, Mohammed Abubakar Adamu’s directives through the establishment of Operation PUFF ADDER in the commands across the country, noting that even though the operation has not been fully operational in the state, he has the mandate to crush the monsters of cultism, kidnapping, armed robbery, murder and pipeline vandalism bedevilling the state.
Dandaura made these assertions during his maiden press briefing with newsmen held at the Police Officers’ Mess in Port Harcourt, last Friday.
He disclosed that he was going to tackle crimes headlong and bring them to tolerable level, adding that the state would no longer be conducive for criminals, and urged them to repent or relocate to other states or be prepared to face the full wrath of the law.
According to him, the state was strategic to the economic wellbeing of the country, and therefore, much efforts was needed to curtail and minimise the security challenges that would naturally crop up, given the peculiar socio-economic environment of the state.
“I have come to change the narrative in policing strategy and rekindle the public trust in the police”, Dandaura said.
The state police helmsman said his administration would focus on five cardinal areas, including intelligence-led policing, constructive engagement and community partnership, recovery of illegal firearms, zero tolerance for corruption, and respect for sanctity of human lives as well as the provision of credible leadership.
“I shall engage the communities in my policing strategy and bring policing to the people. I will put in place some proactive measures aimed at preventing crimes. These include: visibility policing with my men dominating the security space stationed at strategic locations. We shall embark on regular raids of identified criminal hideouts and black spots, thereby taking the war to miscreants with a view to dislodging them”, he stated.
He promised to be apolitical and professional in the discharge of his responsibilities, and used the opportunity to call on all political gladiators in the state to join hands with the police and other security agencies to move the state forward.

Herdsmen: CAN Warns Against Anarchy In Nigeria