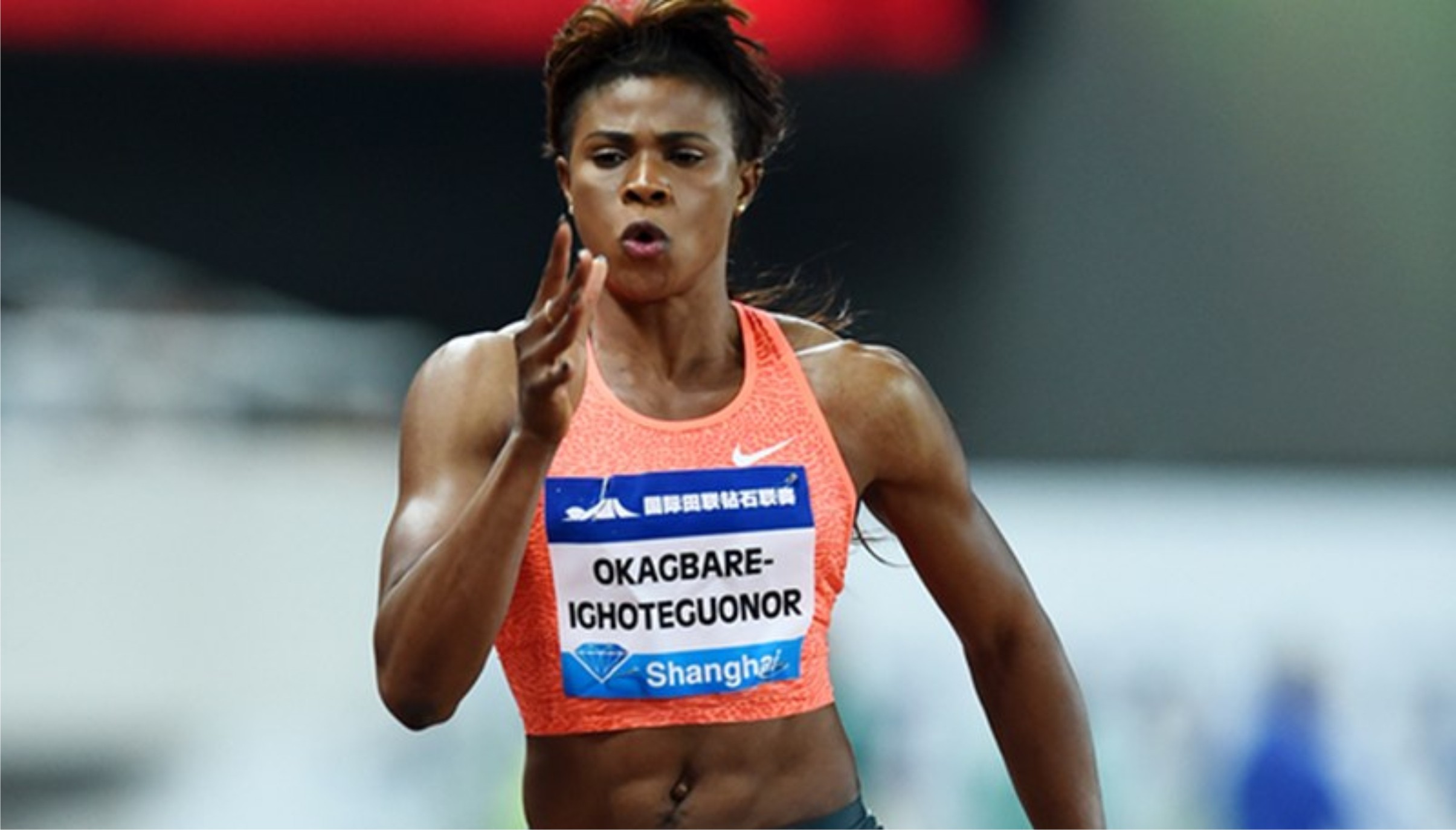 Nigeria’s Blessing Okagbare will be seeking another piece of history as the first Nigerian nay African woman to break 22 seconds when she lines up for the 200m event today at the Stade Louis 11 Stadium in Monaco for the ninth leg of the money-spinning IAAF Diamond League meeting,Tidesports source reports.
The Nigerian has competed in the half lap race thrice this season, starting with an uninspiring 23.14 seconds run at the opening leg of the Diamond League meetings in Doha last May and improved to 22.58 seconds 18 days later at the 2019 Nanjing World Challenge in Nanjing, China.
Okagbare blew away the field late last month at Stanford in California where she ran 22.05 seconds to win the Pre-Fontaine Classics ahead of 2016 double Olympic sprints champion, Elaine Thompson of Jamaica and British wonder, Dina Asher-Smith.
The time is Okagbare’s second fastest after the 22.04 seconds she ran in Abilene,Texas, USA last year March to set a new African record in the event.
Today, the elegant and beautifully built Okagbare will seek to become the first African woman and 29th in the world to break the barrier.
She will be bouyed by her incredible run in Stanford on June 30 and will be pushed by the quality field assembled for the race in Monaco.
Only three athletes have broken 22 seconds amongst the eight that will compete against the Nigerian on Friday and they are led by Dutchwoman Dafne Schippers (21.63). Others are Bahamas’ Shaunae Miller-Uibo (21.88) and Thompson (21.66).
Okagbare is joint third with 14 points in the 200m Diamond League standing and victory on Friday will ensure she qualifies for the final of the event on August 29 at the Weltklasse Diamond League meeting in Zurich.
The Herculis EBS has been a favourable hunting ground for the 2013 IAAF World Championships double medallist after winning in 2012 and 2013.
She ran 10.96 seconds, then a personal best to win the 100m event in 2012 and made a big leap at the long jump pit the following year, jumping a wind aided 7.04m (a trail wind of +2.1mps) to win the event. Interestingly, Okagbare set her personal best of 7.00m in the event with her third round leap, just a few minutes after her wind-aided effort was rendered illegal.
She was disappointing last year at the meeting after running 11.32 seconds in the 100m to come last.It was her worst performance in Monaco and she will look to make up for it today with a historic run.