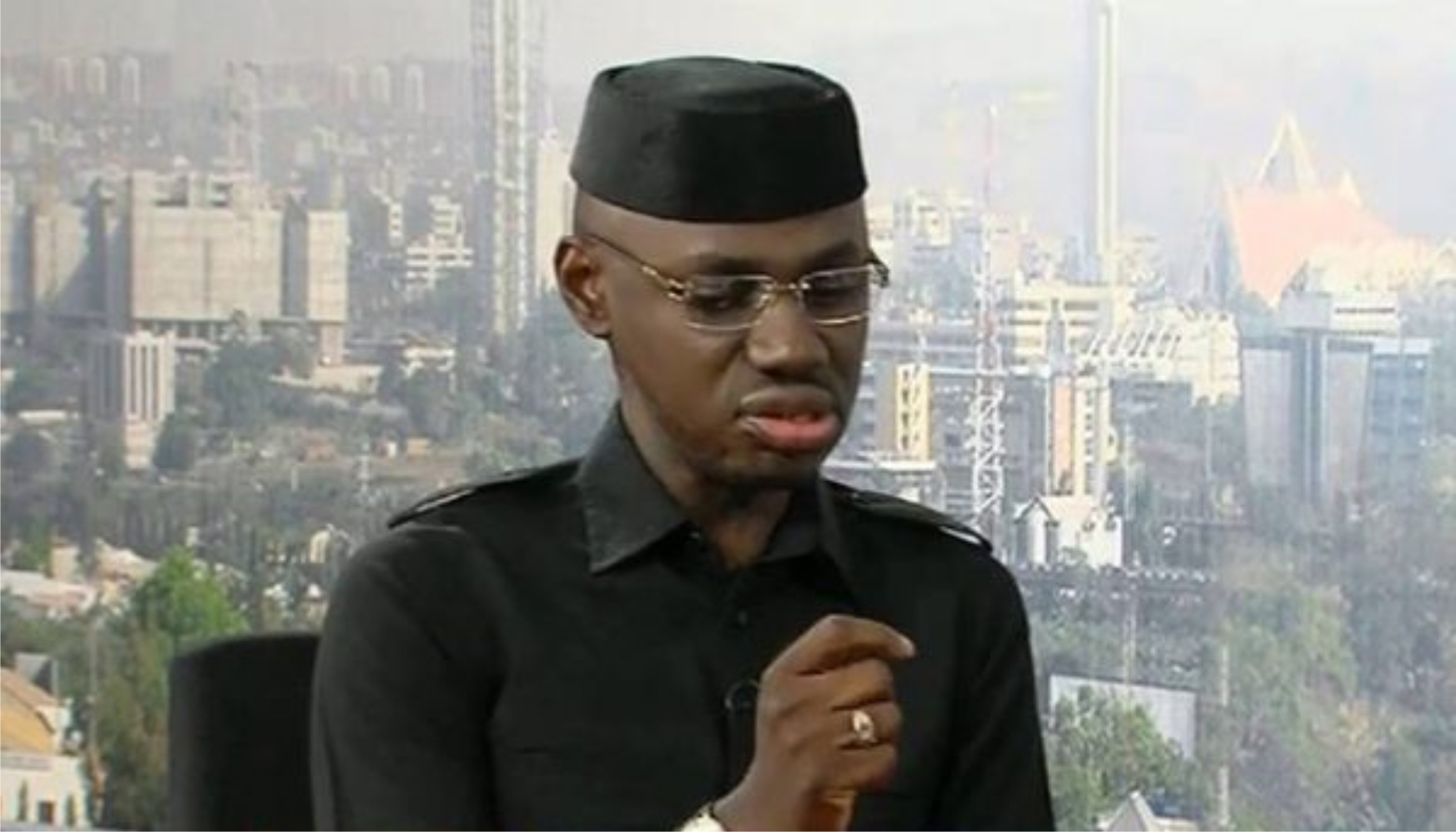 A political activist and former Deputy National Publicity Secretary of the All Progressives Congress (APC), Comrade Timi Frank, has called on more Nigerians to come up with credible evidence in their possessions that clearly show that the electoral umpire made use of server to transmit election results during the last presidential election.
Frank while commending a former aide to ex-President Goodluck Jonathan, Reno Omokri, who has just released some documents claiming to have shown that the Independent National Electoral Commission (INEC) deployed the use of computer server for electronic transmission of the 2019 election results, declared that the leadership of the current electoral body lied on oath and can no longer be credible to conduct any election.
Reacting to Omokri’s revelations through a statement he made available to newsmen, yesterday in Abuja, Frank said that INEC must be forced to produce the central server it used during the presidential election.
Omokri, in a post on his verified Twitter handle, yesterday, released a document containing state-by-state breakdown of compliance with returning of presidential election data to the server.
He tweeted, “This is a circular from INEC to its 36 Resident Electoral Commissioners, threatening sanctions on RECs who fail to send data to INEC HQ through their server. Incontrovertible evidence @INECNigeria has and had a server.”
The Bayelsa-born political activist, however, said that leaders of thought and all Nigerians who were in possession of one document or the other regarding the controversial central server should speak up now for posterity’s sake.
While calling on the Judiciary to take note of the latest evidence in circulation also urged the court of law to conquer fear and intimidation, which he said, the APC-led administration was known for but do the needful because of posterity.
“Nigerians are patiently waiting for the determination of the Judiciary which is the last hope of the common man. Atiku Abubakar’s stolen mandate must be returned. Nigerians are tired of a directionless government of APC where huge debt is threatening the nation, where poverty, unemployment, all manners of killings, kidnapping and injustices are fast becoming the order of the day,” Frank stated.
He also said: “Prof. Mahmood Yakubu-led INEC has gone down in history as the worst electoral umpire which posterity will hardly forgive. All the known credible local and international observers totally condemned the outcome of the last general election under Yakubu.
“The Judiciary should know that the world, all relevant international organisations and Nigerians at home and abroad are watching the unfolding events regarding the central server used to compile the results of the last election.
“This particular case must not be likened to that of Ademola Adeleke in Osun State. The Judiciary must, however, redeem its image.”
Frank, therefore, called on the international community to pay more attention to the ongoing debate and ensure proper sanction of the electoral officials when it becomes clear how they manipulated the outcome of the last presidential election.

A bill seeking to introduce stiffer punishment for kidnapping, wrongful restraint and wrongful confinement for ransom, has passed second reading at the Senate, just as it also passed a bill seeking to establish the Nationwide Emergency Communications Service.
This was sequel to the presentation of the lead debate by the sponsor, Sen. Ibikunle Amosun (APC-Osun) during plenary, yesterday.
The bill is titled “Abduction, Wrongful Restraints and Confinement Bill 2021”.
Leading the debate on the general principles of the bill, Amosun said the bill was read for the first time on Wednesday, June 30.
He said the aim was to ensure stricter and more stringent punishment for the offence of kidnapping, and bring to an end the debate of the adequacy or otherwise of punishment for kidnapping and other related crimes, like false imprisonment.
“It also seeks to combat and prevent any form of kidnapping in Nigeria.
“This bill also provides more punitive measures for ancillary crimes flowing from the commission of the crime of abduction, like death or grievous bodily harm.
“To achieve the deterrent effect, life imprisonment is proposed for the offence of kidnapping, particularly where death results from the act.
“The law is made stricter by ensuring that recipients of any proceeds of the act of kidnapping are heavily sanctioned with term of imprisonment of up to 30 years.
“The bill proposes to give the Inspector-General of Police wider powers to enable adequate policing of the crime of kidnapping.”
The lawmaker further said that the highest term of imprisonment prescribed for kidnapping in the Criminal and Penal Code Acts was 10 years imprisonment.
“The light punishment against these offences has not helped in deterring the spate of abductions and kidnappings that have now become prevalent in the country.”
Amosun described the menace a major national challenge that deserved to be treated with all seriousness.
The bill was thereafter referred to the Senate Committee on Judiciary, Human Rights and Legal Matters for further legislative action to report back in four weeks.
The Senate’s approval of Nationwide Emergency Communications Service followed the consideration of the report of Senate Committee on Communication on Nationwide Toll-Free Emergency Number (Establishment) Bill, 2021, at plenary.
It also approved 112 as the toll-free number for emergencies.
The report was presented by Sen. Biodun Olujimi (PDP-Ekiti) on behalf of the Chairman of the Committee, Sen Oluremi Tinubu (APC-Lagos).
Olujimi in her presentation explained that clause two of the bill sought to establish a service which would be responsible for deployment and coordination of seamless and reliable end-to-end infrastructure for emergency needs nationwide.
She said clause five of the bill was amended to empower the Nigeria Communications Commission (NCC) with the responsibility of formulating regulations and guidelines for the workings of the service.
Olujimi explained that Clause 11 of the bill prohibited use of telephone and mobile telecommunications services to place false, frivolous or vexatious calls to the emergency number 112.
She added that Clause 12 of the bill provides that, “a person who violates any of the provisions of this bill or the regulations is guilty of an offence and is liable on summary conviction to a penalty of not more than N50,000.
“Or in default to a term imprisonment not exceeding six months, and for each subsequent offence is liable on summary conviction to a fine of not more than N250,000 naira or, in default, to a term of imprisonment not exceeding one year.”
She said new sub-clauses (2), (3) and (4) were introduced into the bill to provide for the blacklisting of any person who violates Clause 11 for a period not more than eight weeks.

No fewer than 300,000 children have reportedly been killed in the northeast since the advent of insurgency in the region 12 years ago.
The United Nations Children’s Fund (UNICEF) Representative to Nigeria, Peter Hawkins; and the European Union (EU) Head of Cooperation, Cecile Tassin-Pelzer; who disclosed these figures in a joint press statement, yesterday, also confirmed that over one million children had as well been displaced.
The aid agencies have now appealed to all sides in the conflict to protect children from the “short and long term effects of war, warning that a recent Mental Health and Psychological Support (MHPSS) needs assessment of conflict-affected children in Nigeria, revealed pervasive psychological distress manifesting as high levels of anxiety, suspiciousness, anger as well as aggressive and hyper-vigilance”.
They stressed that the scars of conflict were real and enduring for children and that too many children in the northeast were falling victim to a conflict they did not start.
UNICEF country representatives advised that affected children be allowed and supported to regain their childhood and restart their lives.
The EU Head of Cooperation, Cecile Tassin-Pelzer, also advised that addressing the psychological well-being and development of children and teachers in conflict situations is an important part of re-establishing education provision and enabling children to re-enter schools safely.