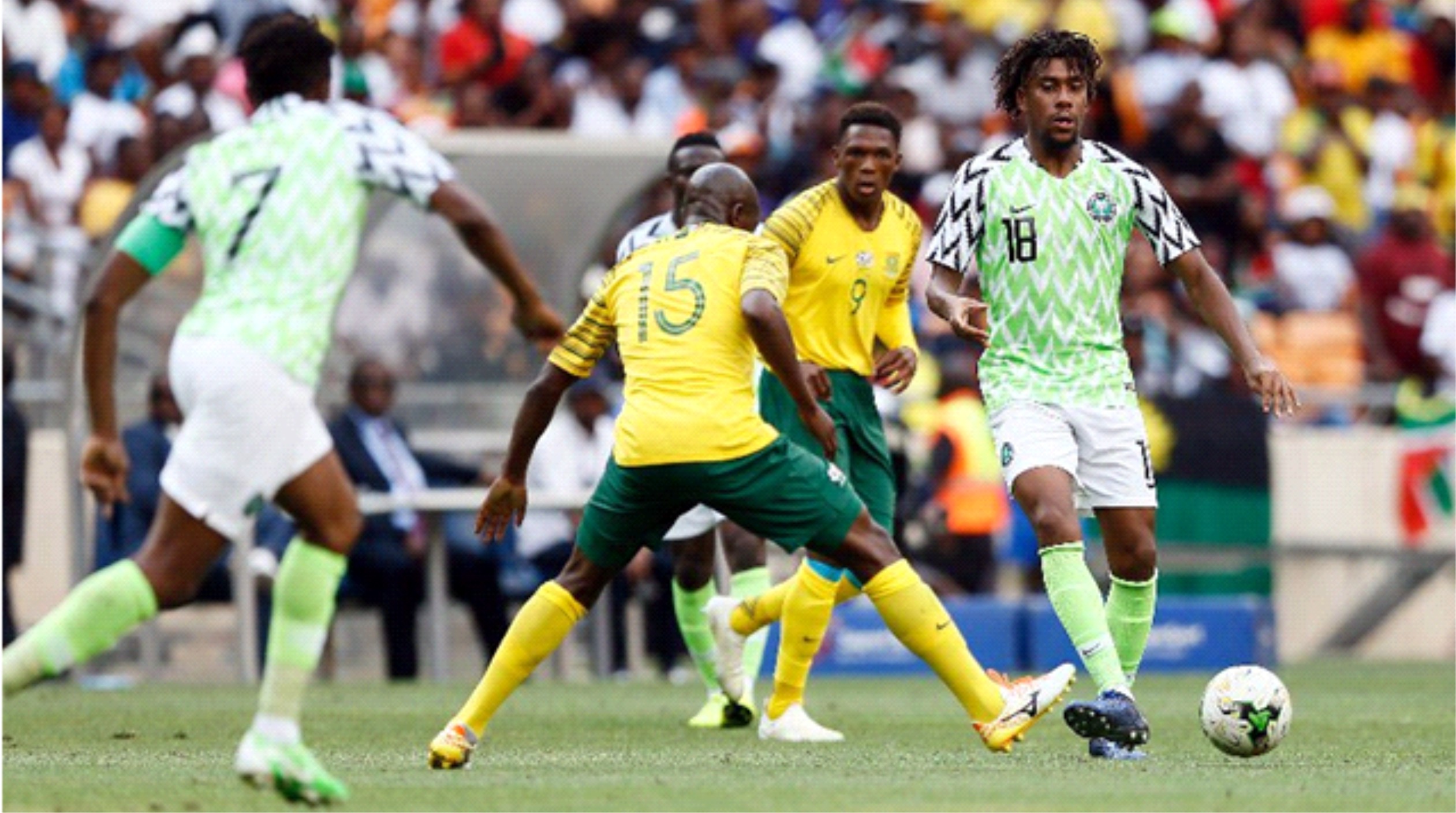 Football fans yesterday in Kaduna hailed Nigeria Super Eagles’ 2-1 victory over Bafana Bafana of South Africa in the ongoing Africa Cup of Nations (AFCON) in Egypt.
Tidesports source reports that Coach Gernot Rohr’s team defeated Stuart Baxter’s Bafana Bafana in the quarter-finals of the competition last Wednesday night, at the 75,000-capacity Cairo International Stadium.
The fans, in separate interviews with newsmen in Kaduna, expressed satisfaction with the Super Eagles’ performance, tipping the team to go all the way to win the tournament.
State Director of Sports, Ibrahim Yakubu, described the Eagles’ performance in the encounter as impressive.
Yakubu, however, advised the team to work harder to enable them to win the trophy.
“I am happy we made it to the semi-finals yesterday; I hope to see us playing in the final with another good display.
“I urge the team to work harder to lift the trophy for Nigerians, to further enhance unity in the country,” he advised.
Also, Sports analyst, Vincent Akinbami, described the players as more businesslike in the encounter, unlike in the last four matches.
“Their marking was compact in the first half; that helped us to go up front and create more chances,” he said.
Akinbami commended the players for their determination throughout the match, adding that they were getting better with every match.
Commenting, another Sports analyst, Jide Bodunde, congratulated the Super Eagles for a well-deserved victory.
While wishing the team well in their remaining matches in the tournament, Bodunde advised them to work harder to win the championship.
He said: “The semi-final will be tougher and more difficult because Algeria or CIV won’t sit deep like the South Africans.
“At this stage, anything can happen; but the Super Eagles are even closer to a podium finish.
“I wish the team nothing, but victory in the semi-final, but it’s certainly going to be a very long evening.”