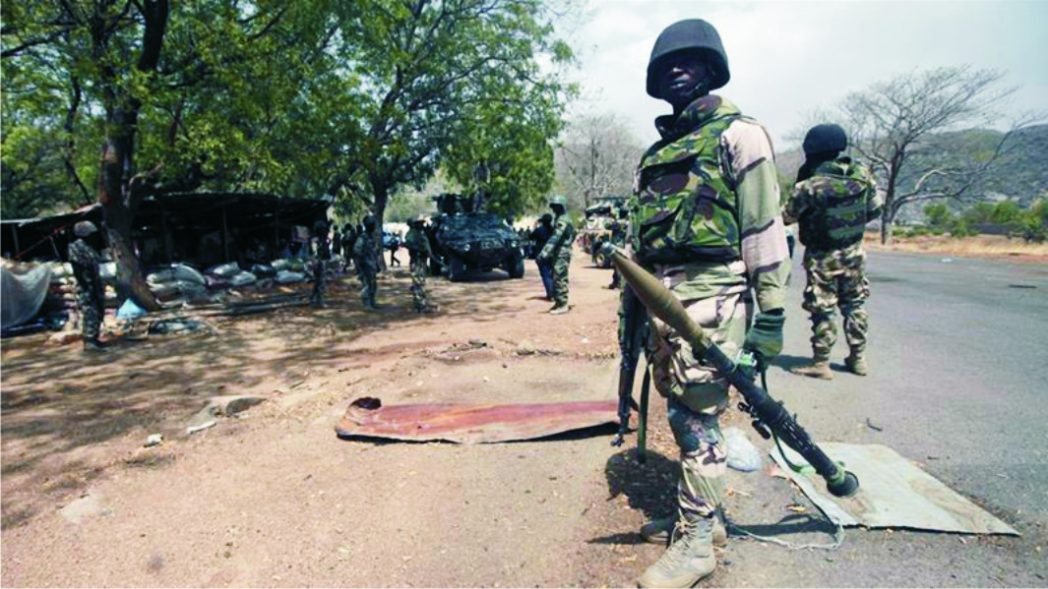 No fewer than 70 Nigerian soldiers were reportedly killed late last month in an ambush on their convoy by Boko Haram insurgents in Borno State.
Some of the eye witness accounts said the terrorists fired rocket-propelled grenades at a lorry carrying troops as it travelled near Gorgi village in the restive north eastern state.
“It was a huge loss, at least, 70 soldiers have perished in the ambush,” one of the officers said.
According to a second officer; “The terrorists specifically targeted a truck loaded with soldiers with RPGs and incinerated the vehicle, killing all on board.
“So far, 70 bodies have been recovered but the toll is certainly more than that as rescue operation is still underway”.
It was also learnt that the convoy had left Maiduguri, the state capital, on its way to launch an offensive on a camp belonging to jihadists affiliated to the Islamic State of West Africa Province (ISWAP).
ISWAP is a splinter group of Boko Haram which has focused on attacking troops, raiding command bases and laying ambush on military convoys.
Reacting to the incident, the Defence Headquarters gave the casualty figure in the ambush as 47 dead and 15 injured soldiers.
As stated by the Coordinator of the Defence Media Operations, Major General John Enenche, “We are in a fluid conflict situation; between March 23 to 24, troops who were on a clearance and consolidation operation which was successful were ambushed and we suffered some casualties.
“After the successful operation, the troops were heading to Buk when Boko Haram insurgents shot at the last vehicle conveying supplies and the bombs exploded, in the process killing some of the soldiers and all the insurgents that mounted the ambush”.
The military spokesman also added that following the surprise attack, fighter jets were quickly deployed and the fleeing insurgents that survived the explosion were neutralised.
Even so, The Tide thinks that the latest Boko Haram ambush on the Nigerian forces is rather one too many, especially in recent times.
In the night of May 13, 2014, a Nigerian military convoy was ambushed as the soldiers were searching for the missing Chibok school girls. This was said to have dampened the morale of the troops who felt that their leadership was sabotaging their efforts against the jihadists. The result was that about 12 soldiers of the Army’s 7 Division mutinied in Maiduguri and came very close to killing their commander. They were later sentenced to death after a court-martial in Abuja.
On Christmas Day in December 2018, it was reported that over 14 military and police personnel were killed by Boko Haram terrorists on escort duty just outside Damaturu, the Yobe State capital.
July 19, 2019, witnessed another ambush by the dreaded terrorist group in which an Army colonel, a captain and three other infantry men lost their lives. The victims were said to be travelling from Maiduguri to Damaturu.
Barely six days into 2020, January 6th to be precise, the Theater Commander of Operation Lafiya Dole, Major General Olusegun Adeniyi, survived a Boko Haram ambush just by the whiskers while he was returning from an engagement in the Jakana area of Maiduguri.
There had been several other instances in-between these where Boko Haram and its associate groups waylaid the Nigerian military, leaving high tolls in their wake.
While we admit that the officers and men of Lafiya Dole deserve praise for their effort so far, it however beats us as to how the insurgents are proving to be the better at intelligence gathering. Indeed, Boko Haram appears to have its informants embedded in the Nigerian security formation. The military should, therefore, investigate itself so as to fish out any sell-outs among its rank and file.
Again, why would the Army move a large contingent of its personnel and materials along a route without first carrying out a reconnaissance of enemy position to ensure safe passage?
The increasing cases of ambush attacks against Nigerian troops in the North East also call to question the Federal Government’s plan to rehabilitate and reintegrate repentant Boko Haram insurgents into society. We fear that the programme might benefit pretenders who may be sworn loyalists of the terrorist group.
Speaking in Hausa on the Voice of America (VOA), a Nigerian soldier, in 2014, claimed that he recognised some Boko Haram fighters as his former military trainers back in Kontagora, Niger State.
The soldier who craved anonymity on the programme also said that they were often ill-equipped to face the fire power of the jihadist insurgents; their commanders having pocketed the bulk of whatever monies that were allocated for equipment purchase.
The war against Boko Haram in Nigeria has lasted far longer than previously envisaged. And this should not be so given what is voted yearly for the nation’s defence and particularly for the fighting of these terrorists.
While the military are wont to downplay any major battlefield successes achieved by the enemy forces, as is almost the practice globally, it has continued to exaggerate its own feats against the insurgents. Often times, Lafiya Dole has been hailed after repelling Boko Haram attacks or miraculously escaping ambushes by the terror group.
Much as this is commendable, it sometimes suggests that it is Boko Haram that is taking the battle to the nation’s soldiers contrary to the government’s claim that the terrorist group has since been technically defeated and is now focusing mainly on soft targets like markets, schools, churches, women and children.
We are not unaware of the success recorded during the Army’s recent testing of some Mines Resistant Ambush Protected (MRAP) vehicles in the region. With such equipment and the Air force’s exclusive right to the airspace, we think that the ambush attacks will begin to reduce, thereby saving the nation such recurring embarrassments. 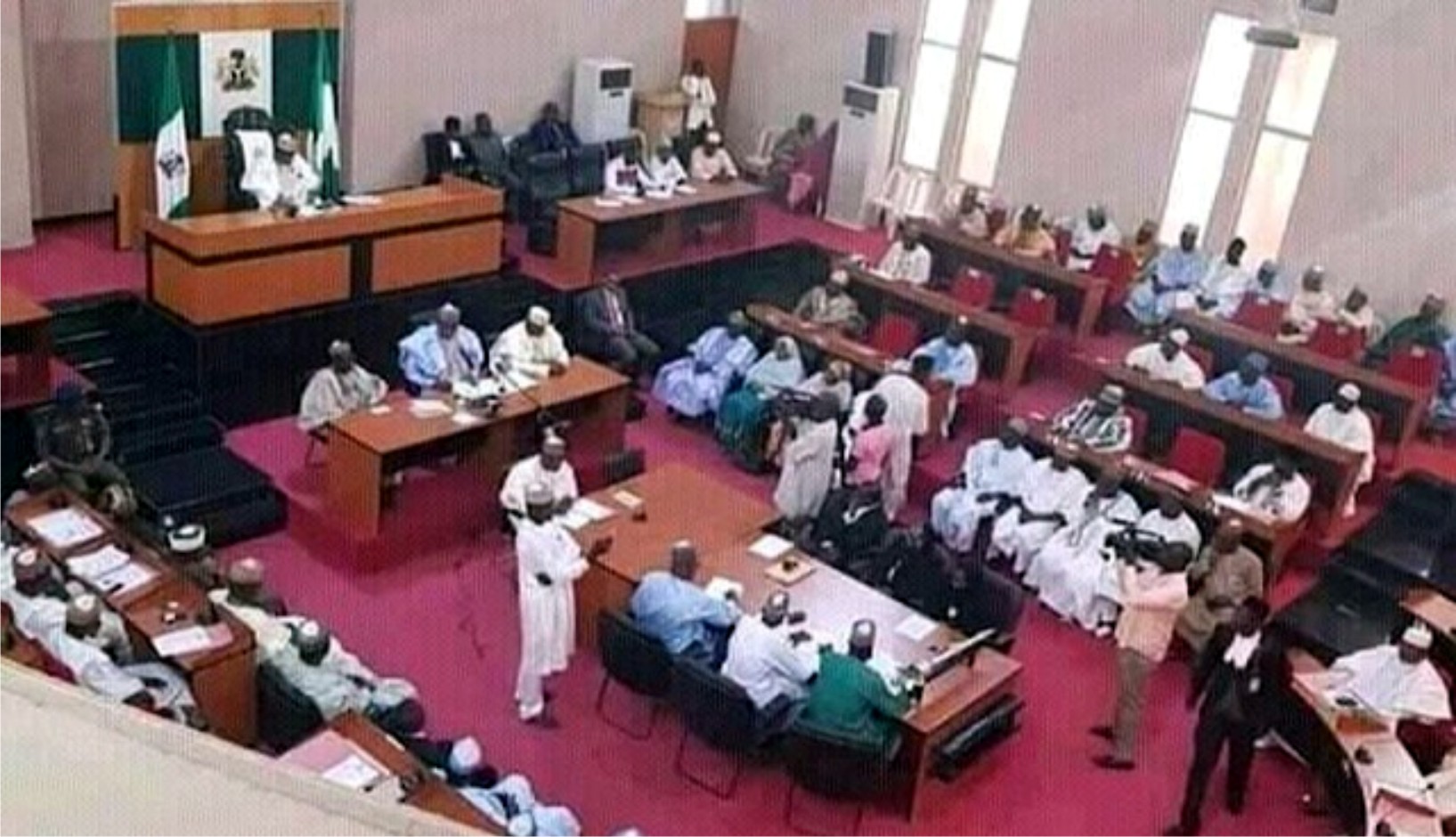