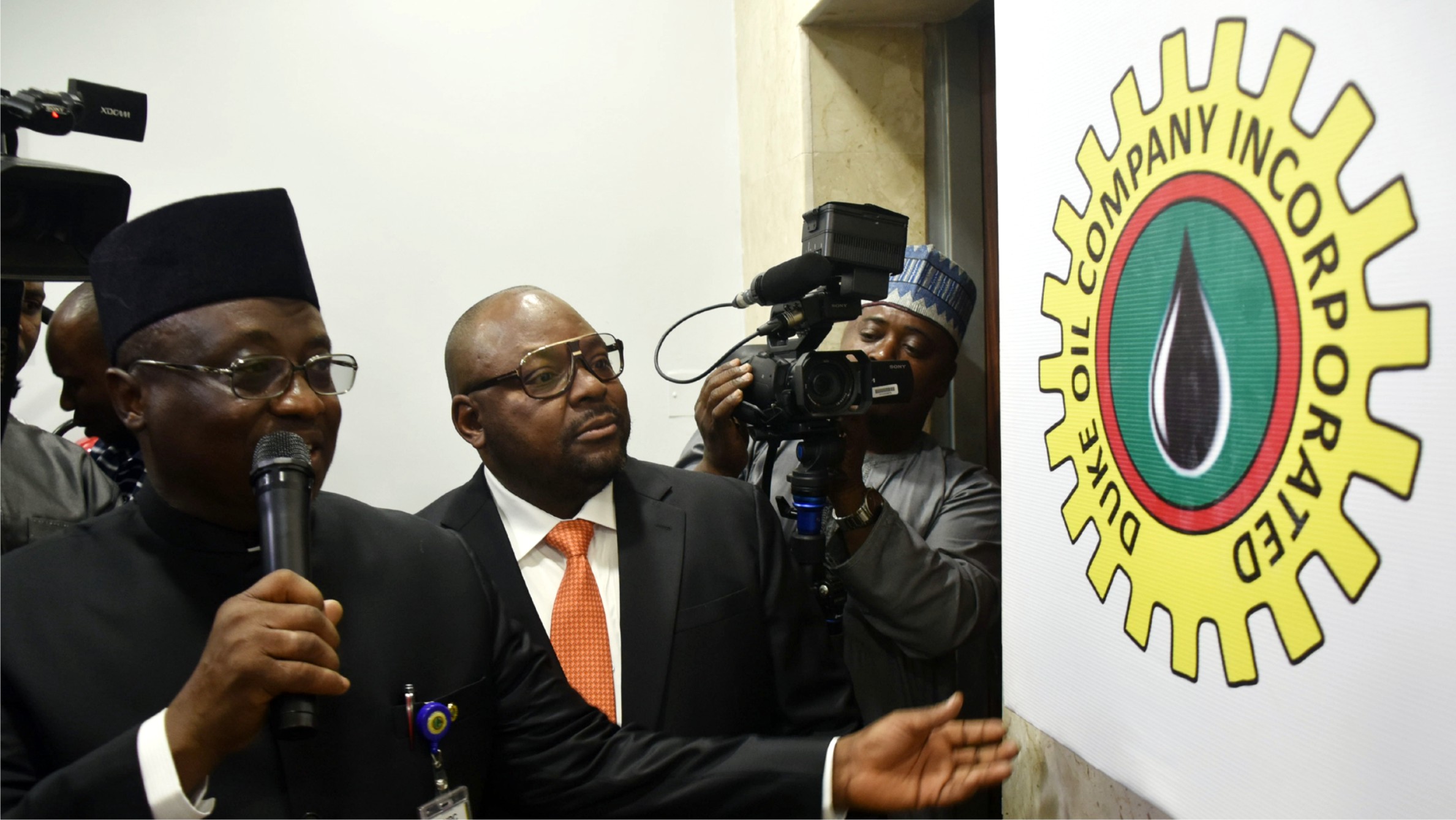 President Muhammadu Buhari has appointed Mr Mele Kolo Kyari as the new Group Managing Director of the Nigerian National Petroleum Corporation (NNPC).
The corporation disclosed this in a statement released by the NNPC Group General Manager, Group Public Affairs, Mr Ndu Ughamadu, in Abuja, yesterday.
He said that the appointment will take effect from July 8, 2019, adding that the president also appointed alongside Kyari, seven new Chief Operating Officers.
Kyari, a geologist, was Group General Manager, Crude Oil Marketing Division of NNPC and also doubled, since 13th May, 2018, as Nigeria’s National Representative to the Organisation of the Petroleum Exporting Countries, OPEC.
The statement noted that President Buhari had directed that the New GMD and the newly appointed Chief Operating Officers work with the current occupiers of the various offices till 7th July, 2019 towards a smooth transition on 8th July 2019 when their appointments would take effect to ensure a smooth transition.
However, the appointment of Mr Farouk Garba Said (North West), who is replacing a retiring Chief Operating Officer, is effective from 28th June, 2019.
Other officers appointed by Buahri include Mr. Roland Onoriode Ewubare (South-South), Chief Operating Officer, Upstream, Engr. Mustapha Yinusa Yakubu (North Central) – Chief Operating Officer Refining and Petrochemicals and Engr. Yusuf Usman (North East) – Chief Operating Officer, Gas and Power
Also, Ms Lawrencia Nwadiabuwa Ndupu (South East), Chief Operating Officer Ventures, Mr. Umar Isa Ajiya (North West), Chief Financial Officer, Engr. Adeyemi Adetunji (South West), Chief Operating Officer, Downstream and Mr Farouk Garba Said (North West) – Chief Operating Officer, Corporate Services.
The NNPC Group Managing Director, Dr. Maikanti Baru, in the statement had congratulated the new appointees.
Kyari is a quintessential crude oil marketer with prerequisite certification and outfield pedigree in Petroleum Economics and crude oil and gas trading.
In the last 27 years he had traversed the entire value chain of the Petroleum Industry, with exceptional records of performance.
Under his watch, the Crude Oil Marketing Division has recorded noticeable transformation in the management and sales of the various Nigeria’s crude oil grades via an infusion of transparency and automation of the processes, the release by the NNPC spokesperson, stated.
Kyari would be the 19th Group Managing Director of the National Oil Company.