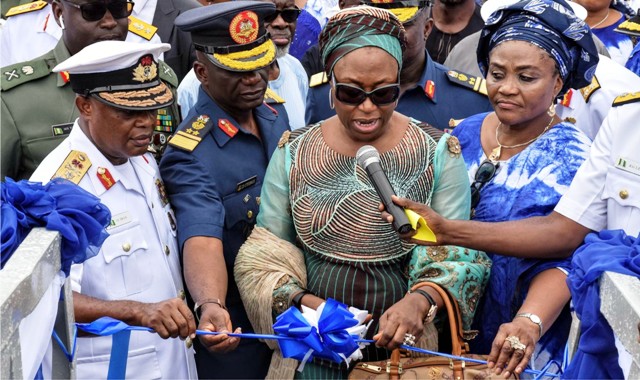 The Managing Director of the National Inland Waterways Authority. ( NIWA), Senator Olorunimbe Mamora, has attributed bad access roads, and infrastructural decay as major limitations to the development of river ports in the country.
Senator Momora said that “There are a lot of challenges in developing river ports in Nigeria and these cannot be isolated from the overall inadequacies that bedevil the maritime sector, which include, lack of rail link, recycled and abandoned river crafts.
This was contained in a statement made available to The Tide during the fourth annual conference of the Platforms Communications held in Lagos recently.
Mamora, who was represented by an engineer from the Lagos office, Stanley Onuoha, said that the conference with its theme, “A Day with Nigerian Maritime Students, adding”, said “it is either there is inadequate infrastructure on the ground, or the existing ones are not being optimally utilised. A major challenge being faced by most existing ports is the lack of the concept of intermodality, as some of them lack good access roads.
“There is no efficient rail system to evacuate cargoes, even at times ,walkways linking the ports make it difficult for the timely transfer of cargoes to and from the ports.
“A river port cannot operate until there are available boats to generate traffic and service such port. But the ones available are becoming unserviceable with regular breakdowns,” he said.
The managing director pointed out that there had been a downward trend on investment in the acquisition of rivercraft , saying that old and abandoned ones were usually recycled and they often developed problems while on transit.
“The wrecks all over our waterways may be practical evidence to buttress this point,” he stated.
On the prospects and development of river port authority in Nigeria, Senator Mamora called for a well dredged and maintained channels with the required depths that would attract boat traffic and serve the public better.
He noted that most river ports in Nigeria were inaccessible and had remained undeveloped due to shallow depths.