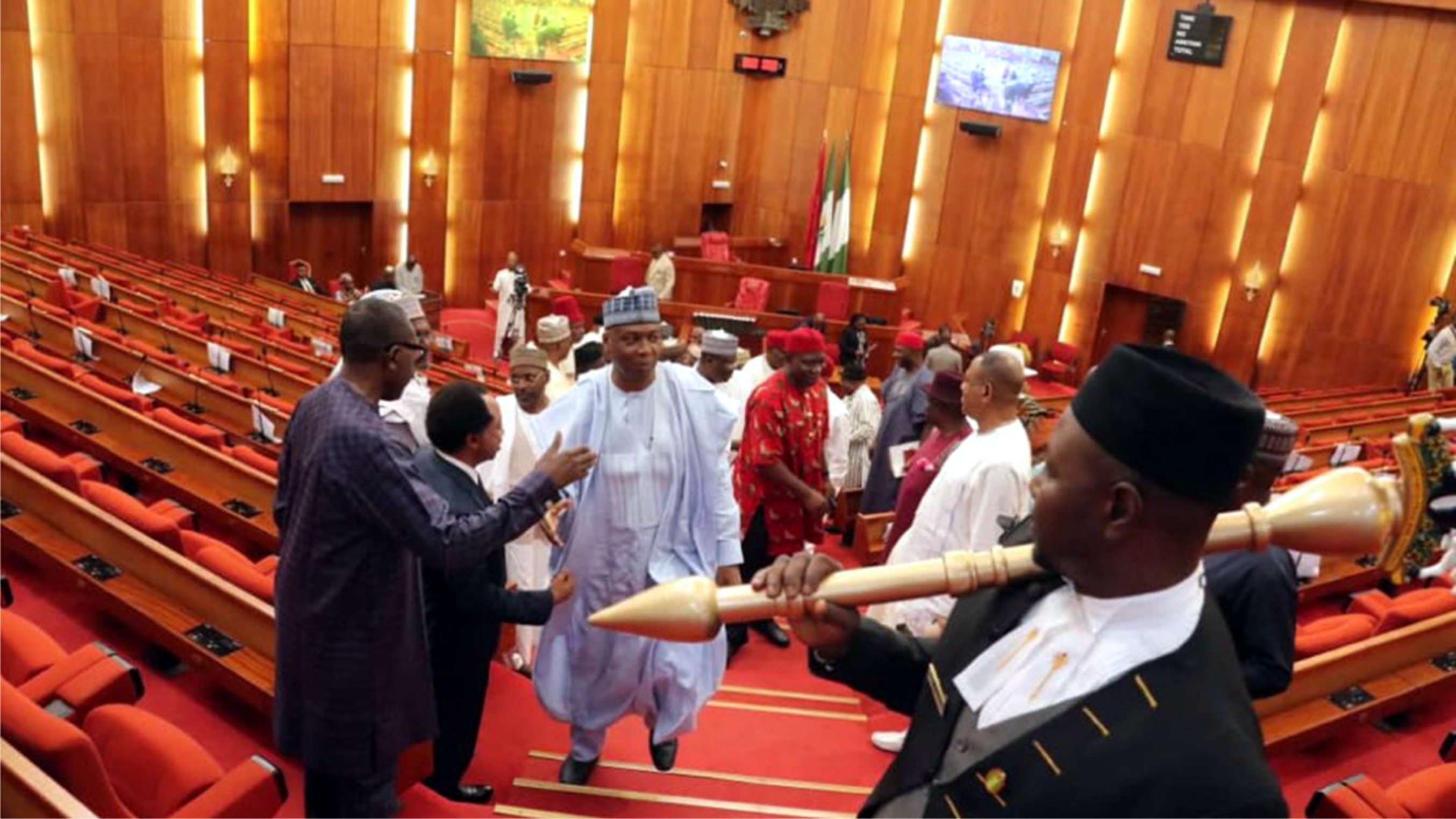 As Nigeria’s expenditure on fuel subsidy hits N11 trillion over the past 6years, the Senate yesterday expressed worry over the increasingly huge financial burden just as it cautioned that the huge subsidy payment if left unchecked, could kill the economy.
The senators, also berated the Federal Government for paying subsidy to oil marketers over the years without approval from the Senate and by extension, the National Assembly .
The caution came up a matter of urgent importance even at the as the National Assembly adjourned plenary till June 6 for its valedictory session, when it will officially end the four year life of the 8th session of the National Assembly.
This issue on the subsidy regime came up while the senate was considering the reports of its Committee on Petroleum Downstream during which the lawmakers took turn to lament the excessive subsidy payments which they questioned the validity.
The Chairman of the committee, Senator Kabiru Marafa (APC Zamfara Central), who presented the report to his colleagues reported that the nation over the last six years has spent over N11 trn to pay outstanding subsidy claims .
In another development, the red chamber also approved the payment of additional N129 billion subsidy claims to 67 petroleum marketers.
The Senate had earlier on Tuesday approved the payment of N68.9bn as subsidy claims to 20 petroleum marketers.
Marafa’s report reads, “That due to scarcity of Forex within the period, Oil Marketing Companies were allowed to source Forex outside CBN rate to enable them meet the country’s petroleum products demand.
“That NNPC Retail get their petroleum product allocation directly from PPPMC at already subsidized rate and so does not require forex to transact its business.”
Some of the oil marketers and the amount approved for them include: Total Nigeria PLC N13.7 billion, Northwest Petroleum N11.4 billion, Masters Energy N10 billion, MRS Oil PLC N8.8 billion and Sahara Energy N8.4 billion.
Others are: MRS Oil & Gas Limited N6.3 billion, Nipco PLC N4.2 billion, Forte Oil N3.9 billion, DEEJONES Petroleum & Gas N4.1 billion, Emadeb N4 billion among others.
Senator Barnabas Gemade in his contribution, asked why the Federal Government and the anti graft agencies had failed to convict any of the oil marketers who were indicted in the illegal subsidy claims.
He regretted that the government had not done enough in bringing the owners of the affected 50 oil firms to justice many years after their prosecution.
His words “What has happened to those who defrauded the nation? I believe that the 9th Senate will do justice to know what has happened to this money.”
Gemade also reminded the President Muhammadu Buhari-led government of its pledge subsidy payment when it came into in 2015.
“The government should stand by its words. If the government fails to end the subsidy regime, it will kill the Nigerian economy and all of will be accused to it.”He said
Senator Victor Umeh (APGA, Anambra) said, “If we continue to hope that one day this subsidy will end, we are deceiving ourselves. What would Nigerians face after this payment of arrears?”
“People in government have refused to face the problem. Everyone is depending on oil revenue and yet no functional refineries have been set in place
“The government should be able to plan to build five refineries, why can’t we use the money we get from sale of our crude to build refineries?
“The government should give us a programme to enable us have four functional refineries in five years.
“Exchange rates are not the problem, but our inability to do what others are doing is the main issue”.
In his ruling after the debate, the Deputy Senate President, Ike Ekweremadu, said “I hope that the next Assembly will be able to sit with the Executive to address this issue and resolve it without creating unnecessary tension.
“The NNPC needs to also caution itself so that they do not encroach on the appropriation responsibility of the National Assembly.
“We need to do something about provisions of refineries in our country – it is not rocket science. Even if it does not resolve the issue of subsidy, we would have gone a long way in addressing it”.
Meanwhile, the 8th Senate yesterday concluded its business session and adjourned till June 6 for valedictory, to mark the end of the session.
The Deputy President of the Senate, Ike Ekweremadu, who presided over plenary, made the announcement at the end of the day’s session.
In his remarks, Ekweremadu thanked the lawmakers for contributing immensely to the success of the 8th Senate.
He urged them to turn out massively on June 6 to officially bring the session to a close.
“I want to thank all of us who are here present for today’s plenary. Today marks the end of our business session.
“We will be meeting on June 6 for our valedictory session. I want to appeal to all our colleagues to be present,” he said.
The 8th senate, which was inaugurated on June 9, 2015 would be coming to an end after its valedictory session, to pave way for inauguration of the 9th National Assembly.
Nigeria operates a bicameral government, with the senate as the upper chamber.
It is made up 109 lawmakers, with equal representation of three lawmakers from each of the 36 states.
Since the return of democracy in 1999, each session of the national assembly, which the senate is part of, has a tenure of four years, after which elections are conducted and a new session commences.
Meanwhile, the President of the Senate is the Presiding Officer of the Senate, the Chairman of the National Assembly and third in the Nigerian presidential line of succession.
His key mandate is to guide and regulate proceedings in the senate.
He is assisted by the Deputy President of the Senate in collaboration with principal officers, which include the Majority Leader. 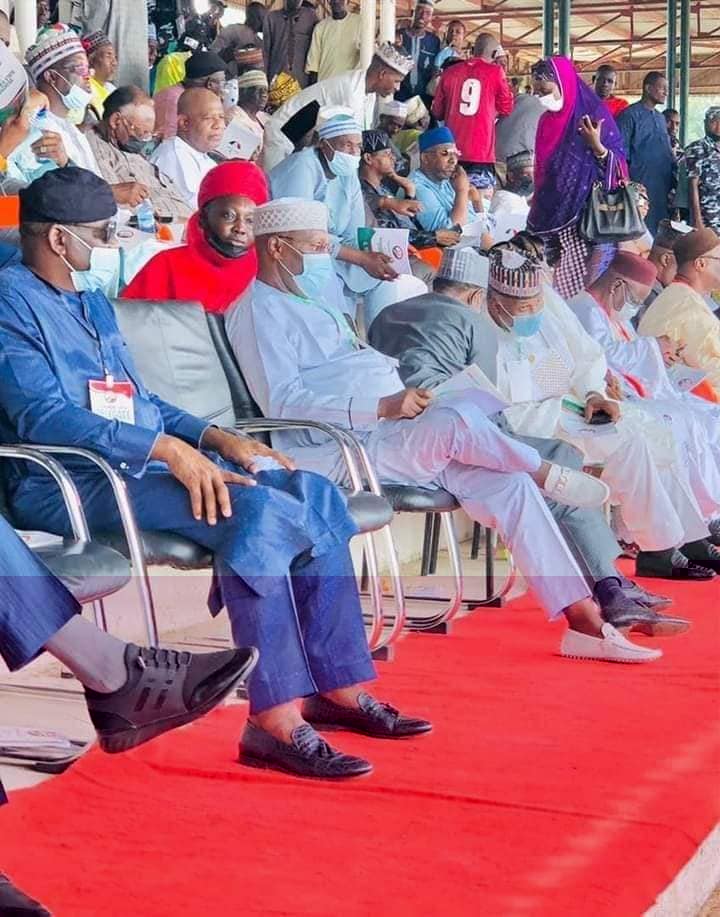 Pan Niger Delta Forum PANDEF has called on Northerners to wait until 2031 before thinking of producing another President for the country.
Recall that several Northern groups and prominent leaders, especially from the North Central zone of the country have been clamouring to succeed President Muhammadu Buhari in 2023.
PANDEF, in a statement issued in Port Harcourt, yesterday, by its National Publicity Secretary, Ken Robinson, said the call was in the interest of national harmony and peace.
The statement reads in part: “The Pan Niger Delta Forum (PANDEF) is advising and cautioning politicians from the North, seeking to run for the presidency, to wait till 2031, for the sake of national harmony and peace.
“Everyone has the right to take part in the governance of his/her country; to vote and be voted for. But, it’s equally fundamental to uphold the indispensable principles of fairness, equity, and justice. Noting that without these, there can be no overall peace and progress.
“PANDEF avers that it should be, therefore, unthinkable that the North should contemplate clutching onto the presidential seat, in 2023, at the end of President Muhammadu Buhari’s two tenures of eight years. Nature abhors injustice; the sun does not rise in the east and set in the east.
“We consider declarations, by some individuals and groups, now, suddenly opposing the extant practice of rotational zoning of political offices, particularly that of the Presidency, as unpatriotic and self-serving”. 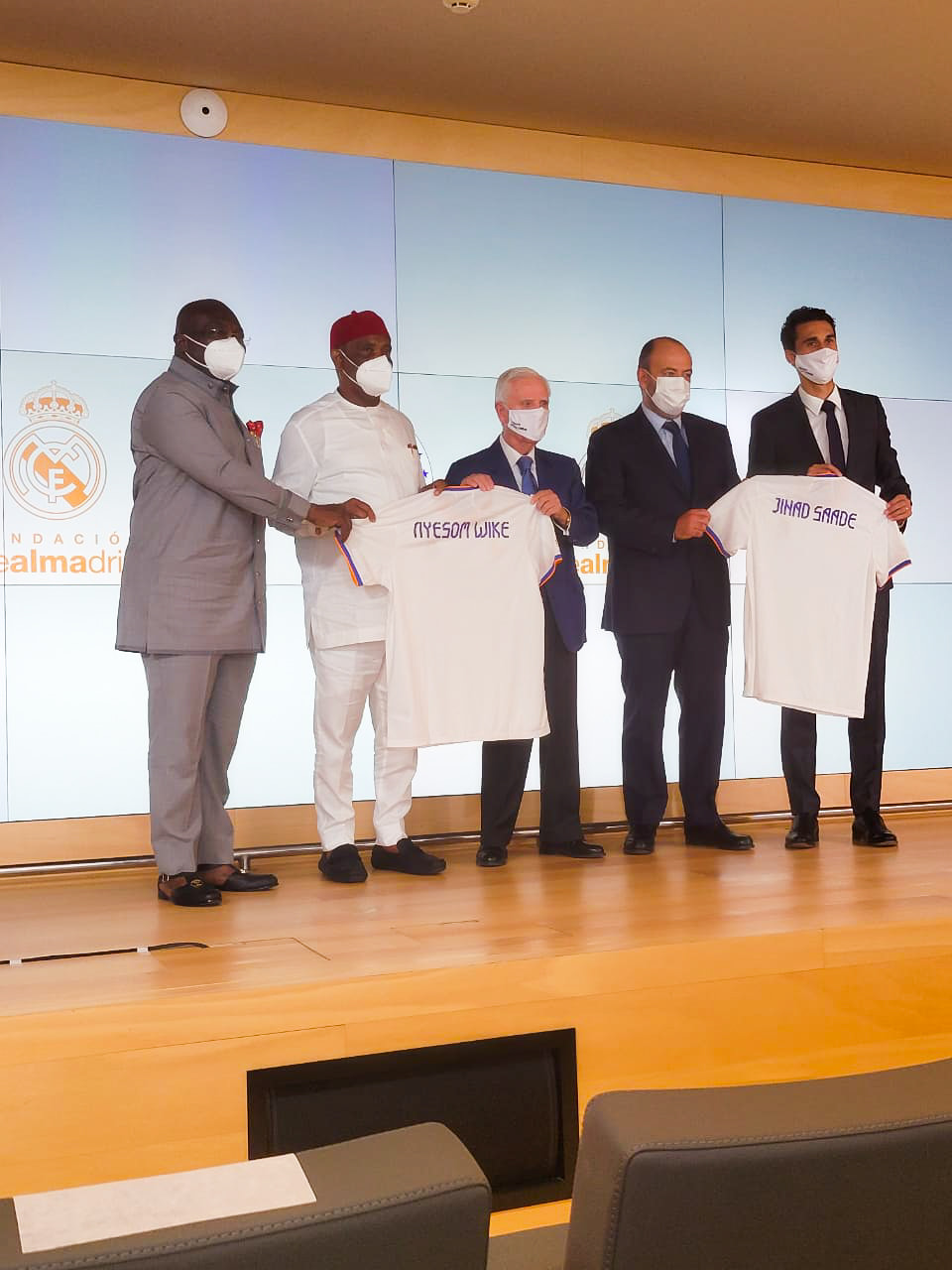 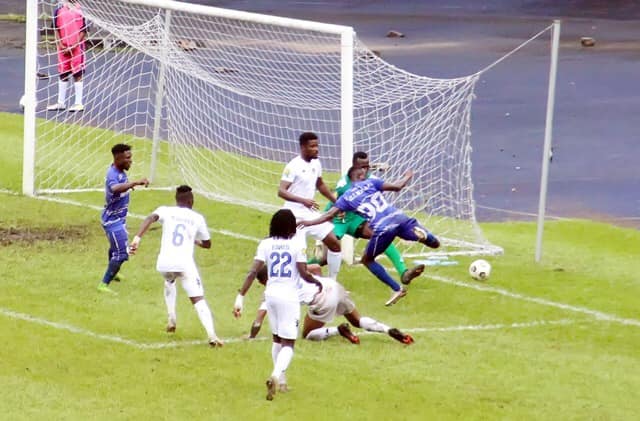 Rivers United FC of Port Harcourt yesterday at the Adokiye Amiesimaka Stadium played out a 1-1 draw against Al Hilal FC of Sudan in the first leg of the second round of the CAF Champions League in Port Harcourt.
The match, which was thrown open for fans, saw a lot of dignitaries who came to cheer the pride of Rivers.
It would be recalled that Rivers United defeated Young Africans of Tanzania 2-0 on aggregate to qualifier for the second round of the competition.
Speaking with Tidesports just after the game, the Special Adviser to the Rivers State Governor on School Sports, Barrister Aribitoye Okiri expressed disappointment over the players’ lackluster performance.
Top government officials in the state, including the Rivers State Deputy Governor, Dr Ipalipo Harry Banigo, LG council chairmen and commissioners, are amongst other sports men within and outside the state that graced the event
According to Okiri, the state government has done its part by giving the team all the necessary support needed, adding that Rivers United need to play more aggressive football.
He further explained that the pride of Rivers can do better in the second leg of the game going by the massive support by the state Governor, Chief Nyesom Wike.
“Some time you cannot count on the first result but the final result.
“I am optimistic that Rivers United will do better in the second leg with the current form of the team,” Okiri stated.