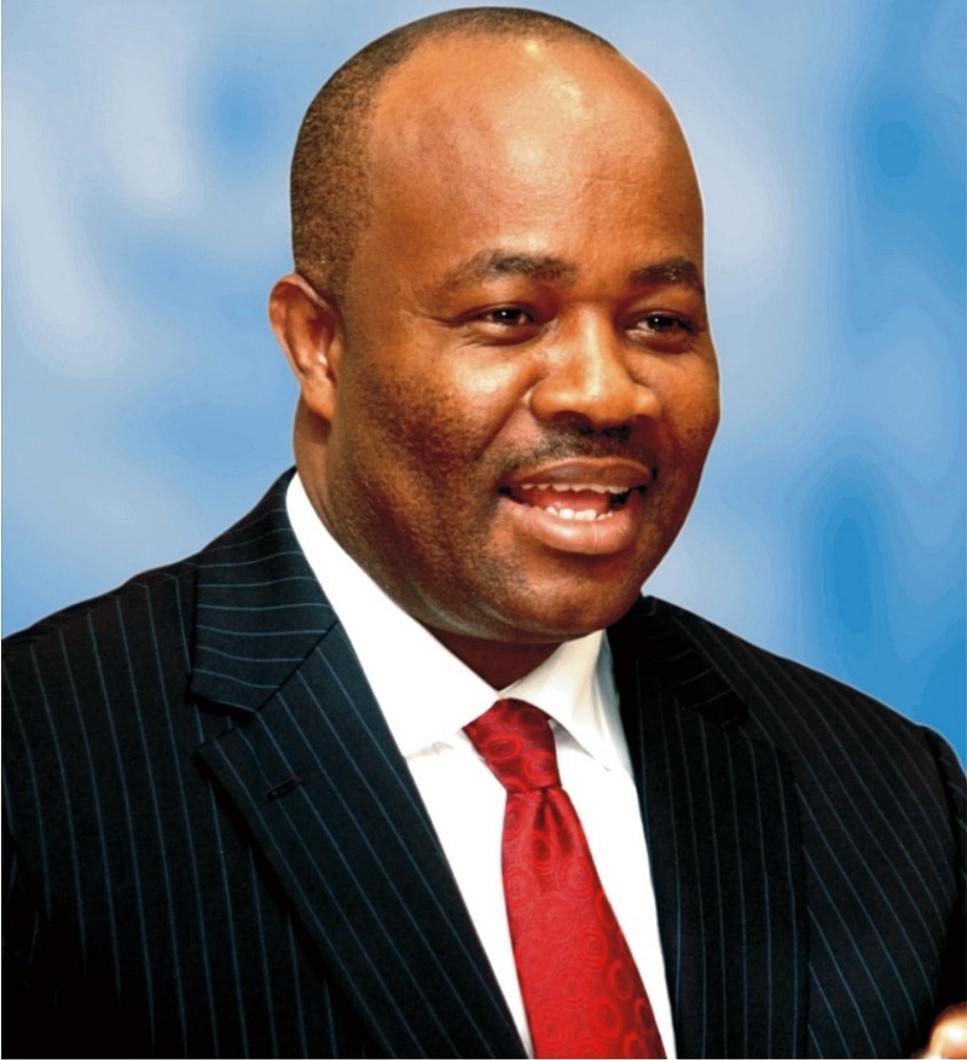 I won’t confer legitimacy on such group, ex-gov’s aide replies A pseudo socio-political group in Akwa Ibom, Ibom Integrity and Servant Leadership Culture Initiative, has asked President Muhammadu Buhari to carefully avoid Sen. Godswill Akpabio as he constitutes his cabinet for the second term.
In a petition to the president, dated May 24, 2019, the pro Buhari advocacy group said appointing Senator Akpabio or any other personality with corruption charges into his cabinet would strip his government the image of integrity.
Citing alleged pending corruption charges by the Economic and Financial Crimes Commission (EFCC), and the propensity for “mischief, treachery, flippancy, pettiness and mindless profligacy,” against the senator representing Ikot Ekpene senatorial district of Akwa Ibom State, the group, in a letter to the president, dated May 24, 2019, warned that appointing Akpabio minister would be “counter-productive, a moral burden and a mockery of anti-corruption war, by a  government that “prides itself as anti-graft champion.”
According to the group, in the letter, entitled “Ministerial Appointments: Why appointing Akpabio may be counterproductive,” signed by its national coordinator, Dr. Asuquo Edidem Etim, “Akpabio’s uncommon profligacy in public office as governor in Akwa Ibom State is well known in political circles.”
The group also accused the senator of being a “destabilising agent,” attributing the poor showing of APC in the recently- held elections in Akwa Ibom State, to what it described as the “destabilising and authoritarian tendencies of Senator Akpabio, who only believes that it’s either his way or nobody.
“Many had thought that his joining APC would bring a cool breeze of good fortunes to the party in the state, but rather, his high-handed nature and disrespect for internal democracy in the party and the will of the people to choose their leaders, became a raging storm that uprooted the recognised structures of the party right from the grassroots as he imposed party leaders even at the unit and wards levels, leaving many party men and women very bruised, trampled and disgruntled.
This overwhelming attitude, sadly, affected the chances of our governorship candidate, Obong Nsima Ekere (ONE),” It claimed.
It argued that Akwa Ibom State “has several other eminent persons that could represent the state in the coming government, just as Mr. Udoma Udo Udoma, Minister of Budget and National Planning, has done creditably in the past four years. And in terms of loyalty to the party and contributions to its development in the state, we have party men including Chief Umana Umana and Senator John Udoedehe, among others who had toiled to keep the party afloat overtime in the state.”

PDP Warns Against Release Of N30bn Bailout To Kogi