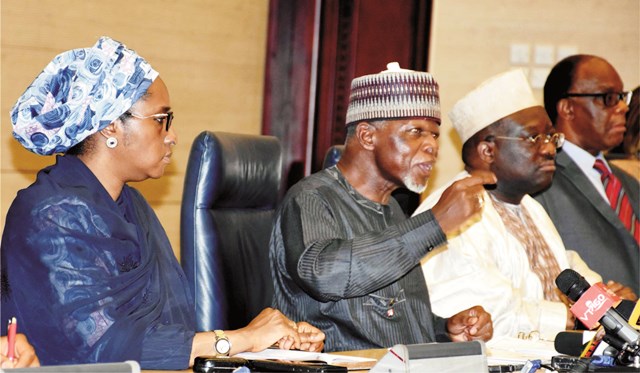 The Special Adviser to the President on Social Investment, Mrs Maryam Uwais, says N470.8 billion was released from 2016 to 2018 for the delivery of its social investment programmes across the country.
The four-broad programmes are the N-Power, Conditional Cash Transfers, National Home-Grown School Feeding and Government Enterprise and Empowerment Programmes (GEEP)
Uwais said this yesterday in Abuja at a press conference on the progress of the social investment programmes initiated by the President Muhammadu Buhari’sadministration.
She said that from 2016 till date, the Federal Government budgets an annual sum of 500 billion naira for social investment, however, in 2016 only N79.98 billion was released.
Similarly, she said 140 billion naira was released in 2017 and N250.4 billion in 2018.
She also revealed that out of the 322 million dollars Abacha recovered loot which was to be used for the social investment programmes, only 22 million dollars had been utilised by her office.
Uwais said at the end of March, the National Social Investment Programmes had made direct impacts on 12,069,153 beneficiaries, and over 30 million secondary beneficiaries, comprising the cooks, farmers, families, employees and members of the community.
“Under N-Power, we have 526,000 youth spread across 774 LGAs teaching in public schools, acting as health workers in primary health centres and as agric extension advisors to small holder farmers in our communities.
“ Nigeria is fast on its way to becoming the leader in Africa in the National Home-Grown School Feeding Programme, by feeding over 9.7 Million pupils and still counting.
“Today, we have 103,992 cooks on our payroll, feeding 9,714,342 pupils in 53,715 government primary schools around 31 States. These children are able to eat a balanced diet, towards improving their learning outcomes.
“Also, under the GEEP, we have the FarmerMoni, MarketMoni and TraderMoni.
“For the first two, funds between 10,000 to N350,000 are paid into the accounts of the successful applicants who belong to a registered cooperative and have a bank account.