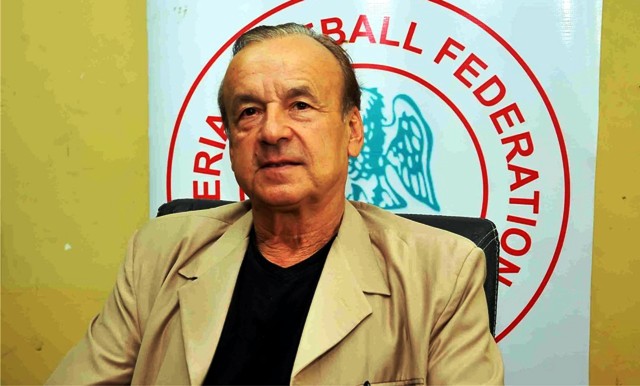 Super Eagles head coach, Gernot Rohr, has disclosed that Germany international, Marc-André Ter Stegen is a role model for Super Eagles’ goalkeepers.
Daniel Akpeyi, Ikechukwu Ezenwa and Francis Uzoho are the three goalkeepers, who have been included in Nigeria’s provisional squad for the 2019 Africa Cup of Nations (AFCON) finals.
Rohr revealed this at an awards ceremony held in Berlin, Germany recently, where Ter Stegen clinched the Audience Award.
Ter Stegen, who is on the books of Spanish champions, FC Barcelona, is widely regarded as one of the best goalkeepers in the world.
‘’He is a modern-day goalkeeper, he is the role model for my three goalkeepers of the national team of Nigeria,’’ Rohr told Tidesports source.
“In addition, it was impressive how Ter Stegen with much will, but also modesty has become a major goalkeeper.’’