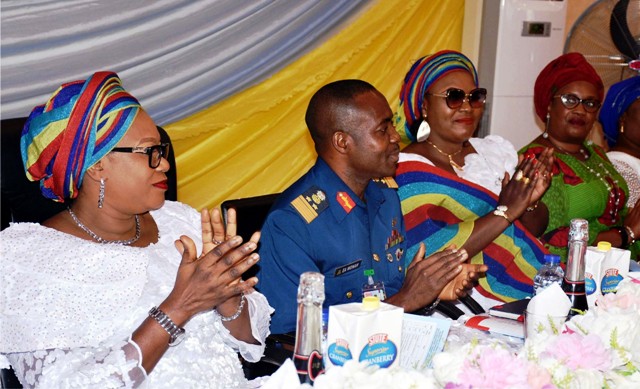 The Federal High Court, Abuja, has admitted in evidence, the final account tendered by Olisa Metuh, former National Publicity Secretary of the Peoples Democratic Party (PDP).
Metuh tendered the document on Tuesday at the resumed hearing, detailing how the sum of the N400 million for which he is standing trial, was spent on a special national assignment.
Metuh who was led in evidence by his counsel, Mr Abel Ozioko submitted that the money was used for a special national assignment given to him by former President Goodluck Jonathan.
The court also admitted in evidence, media publications where, in response to Metuh’s arrest and arraignment in 2016, the leadership of the PDP affirmed that the PDP did not in any way benefit from the fund.
This, he said was contrary to allegations that it was used for political activities of the party.
The documents were admitted and marked as exhibits 21 and 22.
Metuh had earlier tendered a document detailing disbursements, names and signatures of individuals who received funds in execution of the national assignment which was admitted and marked as exhibit 20.
Metuh told the court that no part of the N400 million was spent on any activity of the PDP, contrary to the claims of the Economic and Financial Crimes Commission, ( EFCC).
He said that his record of account and receipts of payments showed that the entire fund was used for the national assignment as directed by President Jonathan.
“No part of the N400 million was spent on any activity of the PDP.
“The record of account and all the expenditure made, with receipts, bearing the names of those who received funds show that the entire N400 million was expended in execution of the special national assignment.
“President Jonathan had always insisted that the party must not benefit from government funding and that no government fund or asset must be used to promote or support the activities of the party,” Metuh said.
Continuing in his evidence, Metuh cleared the air on his earlier hesitation to give out the names of those who worked under him in the execution of the assignment to the EFCC but preferred to tender them in court.
“Such individuals include respected professionals in various fields, including university lecturers and I will not want them to suffer the embarrassment of unnecessary negative media report and misrepresentations at the time.
“Exhibit 20 contains the names of professionals who worked with me and received funds in execution of the assignment.
“They accepted to participate in the assignment due to the confidence and trust they have in my integrity, I did not want them to suffer the humiliation of negative reports at the time.
“It was for this reason that I insisted that if there are any questions, repercussions, refunds or persecution to be suffered in that regard, it should be directed at me personally, Metuh said.
The trial judge, Justice Okon Abang adjourned the matter until May 27, 28 and 30, 2019 for continuation of trial.
Metuh is standing trial for allegedly receiving the sum of N400 million from the former National Security Adviser, Sambo Dasuki, monies earmarked for the purchase of arms at the heat of the Boko Haram insurgency.
He was also accused of transacting with cash of $2 million without going through a final institution in violation of the Money Laundering Prohibition Act.