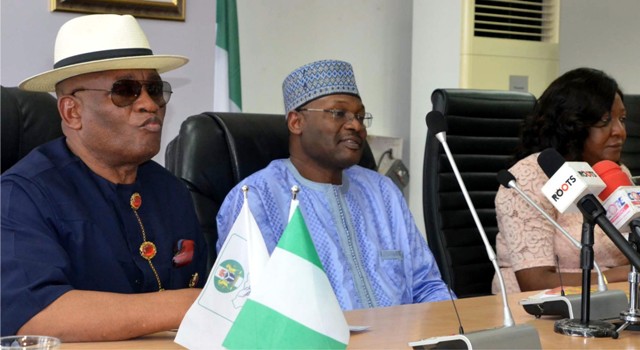 The Independent National Electoral Commission (INEC), has said that it would not hesitate to withdraw more certificates of return from presumed winners of any of the elections once competent courts declare otherwise.
INEC said it is neither an adjudicatory body nor the Court of Appeal to determine the actual candidate or winner of a party’s primary election.
This was just as INEC disclosed that 25 certificates of return have been withdrawn and re-issued to new winners, on court orders.
National Commissioner and Chairman, Information and Voter Education Committee, Festus Okoye, stated this at a forum on media coverage of the 2019 general election, organised by the Nigeria Union of Journalists (NUJ) in collaboration with INEC, in Enugu, yesterday.
He noted that many of the political parties did not conduct their primaries in a transparent manner; hence the preponderance of pre-election cases that have necessitated the rulings by the courts.
“We are not an adjudicatory body or the Court of Appeal. So, we will continue to withdraw certificates of return as the courts direct. Once we have a ruling, from a properly constituted court, we will obey. Even as we were about leaving Abuja, last Friday, we received reports of some court rulings ordering withdrawal of certificates of return. We will look at them and act accordingly,” he said.
Okoye applauded the media for what he described as their generous coverage of the election and election process but warned against comments on electoral matters before the court.
“While cases are in court or in the tribunal, no one can publicly comment or proffer opinions which may prejudice the outcome of the case or petition. This is captured in the subjudice doctrine. Regrettably, many politicians, journalists, legal practitioners, “social commentators” and “policy analysts” have often used the media platforms to comment on live issues pending in the various tribunals and courts. This is unacceptable. We should refrain from this. Journalists and media houses, who offer their platforms for such, run the risk of incurring the wrath of the judges and being held in contempt,” the INEC Commissioner warned.
NUJ President, Chris Isiguzo, in his remarks assured that the media would remain in the vanguard of national development.
He called for continuous training and retraining of media practitioners in the intricacies of covering election and election process.
Also, a communication expert, Dr. Ifeoma Dunu, commended the media for their effective and robust coverage of the 2019 general elections.