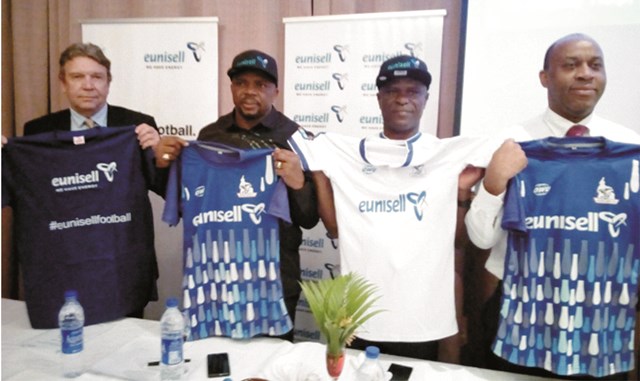 Rivers State commissioner for Sports, Hon. Boma Iyaye, has said that he is disappointed at the poor performance of the State own football club, Rivers United, in spite of the huge money government has invested in the club.
He stated that apart from the state government, Eunisell chemical, oil and Gas Company, has also put in huge sum of money in terms of sponsorship.
Hon. Iyaye said this, last Friday, at a dinner party organised by Eunisell in honour of the club at Le Meridian Hotel, in Port Harcourt.
The commissioner tasked the club to cultivate the winning mentality, saying that the only way to payback the club’s sponsors is to win matches always.
“I am excited this evening. I commend Eunisell for having the spirit to develop football in the country.
I must be frank that I am really disappointed over the poor performance of Rivers United football club in spite of the huge investment made by Eunisell and the State government.
The only way to pay back Eunisell is to win matches. That is not to say that Eunisell should back out,” Iyaye said.
Earlier, in his address of welcome, the Group Managing Director (GMD) of Eunisell, Chika Ikenga, said it gives the company pleasure to have sponsored Rivers United football club of Port Harcourt for four years.
The GMD who was represented by the company’s Chief Financial Officer, Charles Etuk, said Eunisell sponsorship is a blend of commercial opportunity and a fervent desire to contribute to the success of football in Nigeria.
According to him, the sponsorship of Rivers United football club, is currently the longest standing sponsorship in the Nigeria Professional Football League (NPFL).
“For Nigeria to make its mark more felt, we must invest in our own League, our clubs and players,” “Ikenga said.