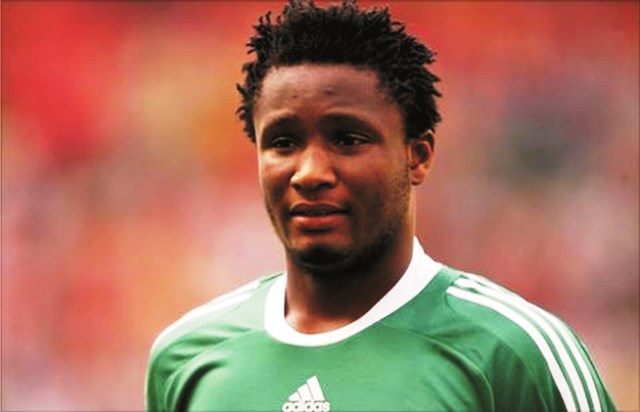 A top Nigeria Football Federation chieftain is against Super Eagles Captain, John Mikel Obi returning to the team ahead of 2019 Africa Cup of Nations in Egypt claiming that the 32-year-old’s presence could be ‘disruptive’, Reforms Committee member Osasu Obayiuwana has revealed, Completesports.com reports.
Mikel last featured for the three-time African champions 11 months ago and missed the Super Eagles last seven games.
According to Obayiuwana, a member of the NFF Reforms Committee, after a meeting with the Super Eagles coaching staff at the weekend in London, the former Chelsea star stated that he was “strong, fit and ready to return” to the team for the AFCON.
“A top NFF official, in a frank “off-the-record” discussion with me wondered if it wouldn’t be disruptive for Mikel to return, after being absent from the team for a year,”Obayiuwana tweeted.
“He was critical of Mikel’s attitude, to his colleagues and officials, during his self-imposed absence.”
“But the decision to include Mikel, and whether he’ll regain the captain’s band, is purely down to the Super Eagles Head Coach, Gernot Rohr, who is expected to name his 26-man AFCON preliminary squad this week.”
Mikel made 18 appearances for Middlesbrough and scored one goal. If he makes the Super Eagles squad to AFCON 2019, the 32-year-old will be making his fourth appearance in the tournament since he made his debut at the 2006 edition.
Meanwhile, the Super Eagles will set up a camp in Asaba, Delta State from June 2, play a friendly with the Warriors of Zimbabwe on June 8 and fly to Egypt the following day where they will face Senegal in Ismailia on 16th June.