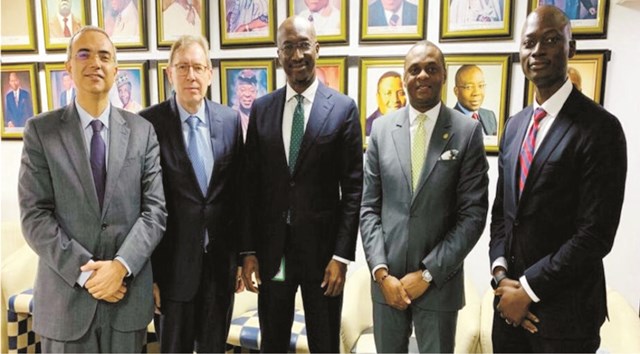 The Federal Government, yesterday, inaugurated the committee to negotiate the consequential adjustment in salaries arising from the new N30,000 National Minimum Wage, with the Head of the Civil Service of the Federation, Winifred Oyo-Ita, as chairman.
While inaugurating the committee, Secretary to the Government of the Federation, Boss Mustapha, who is an alternate chairman of the committee, said the committee has four weeks to complete its assignment with the inaugural meeting scheduled to hold on May 20, 2019.
Among the members of the committee are the ministers of Labour and Employment, Finance, Health, Budget, and National Planning and Education.
Others are the Attorney General of the Federation and Minister of Justice, Director General, Budget Office, Secretary of the Federal Judicial Service Commission, secretary, National Assembly Service Commission and chairman, National Salaries, Income, and Wages Commission, who will serve as the committee secretary.
Earlier, the Minister of Labour and Employment, Dr Chris Ngige, had given insight into the reason for the delay in the implementation of the new wage for workers in the country.
Although Ngige did not state when government would start payment but said that arrears would be paid anytime implementation of the new wage began.
He said there were still processes and procedures the new wage would undergo before the commencement of its implementation, even though it had been passed and signed into law.
“It is a whole process and the salary and wages commission will do its job before implementation,” the minister said.
He said that the committee was made of seven ministers with the Head of Service of the Federation, Mrs Winifred Oyo-Ita as chairman.
The minister said that those at the lowest cadre of employment whether in the public or private sector would earn N30,000 as the law provided.
He said, however, for the cadre of workers already earning above the minimum wage, there would be consequential adjustment from the top.
Ngige added that the relevant agency of government would soon issue a circular on the expected adjustments.
Meanwhile, the President of the Nigeria Labour Congress (NLC), Mr Ayuba Wabba, has expressed worry over the delay in the commencement of the implementation of the new wage.