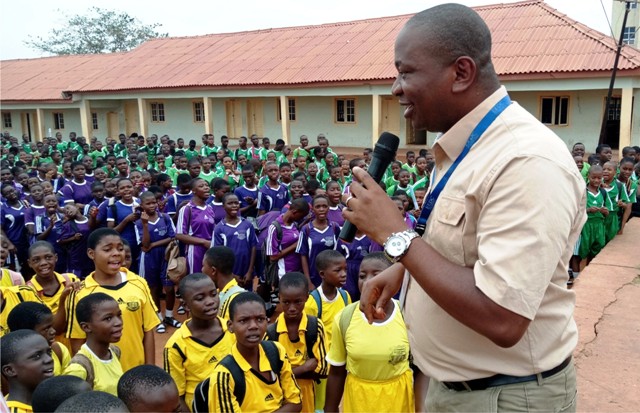 Daily, about 126 heavy-duty trucks jot across a massive land area that is seven times the size of Victoria Island.
This is aside the 750 heavy-duty equipment stationed in what is clearly one of the biggest construction projects in any part of the world.
When completed, the site, underneath which lies 300, 000 cubic feet of pilled concrete, that is temporary home to heavy earth moving equipment, bulldozers, excavators, bobcats, compactors, as well as iron/steel plates and pipes, among others, will be harbouring the largest single train petroleum refinery in the world, as well as a fertiliser plant reputed as the world’s second largest urea plant, producing three million tons per annum etc.
This month, production activities will commence in an aspect of the facility located as the train one of the fertiliser plant is expected to come on stream
Indeed, part of the heartwarming news is that the refinery, which is just an aspect of a $12 billion investment by Africa’s richest man, Aliko Dangote, can meet 100 per cent of the country’s requirement of all liquid products, ranging from petrol, diesel, kerosene to aviation fuel, and also have surplus of each of these products for export.
Furthermore, the gas project of the facility has the largest sub-sea pipeline infrastructure in the world. It boasts 1, 100km and meant to handle 3.8 million SCF of gas daily.
All these came to light recently when a delegation from the Nigerian Union of Journalists (NUJ), and the Nigerian Institute of Public Relations (NIPR) took a tour of the complex being built by Dangote Industries, at the Ibeju-Lekki Free Trade Zone, during their tour of the complex.
Summarising benefits that would accrue to the country from the investment, the Group Executive Director, Strategy, Portfolio Development and Capital Projects, Dangote Industries Limited, Devakumar Edwin, said when completed, the project will deliver to the country, “the largest single train petroleum refinery in the world – (650, 000 barrels per day capacity) with 838 KTPA polypropylene plant, the world’s second largest urea plant, the largest sub-sea pipeline infrastructure in the world, world-scale gas treatment stations, world-class petrochemical complex, a 480 MW power plant in refinery and fertiliser complex, and a 500 KTPA polyethylene plant.”
With all these in place, the Dangote chief explained that the refinery designed for 100 per cent Nigerian crude with flexibility to process others, apart from meeting and surpassing the country’s gasoline needs, would also create market of $11billion per annum for Nigerian crude, even as it possesses strategically located marine infrastructure for crude receipts and product trade.