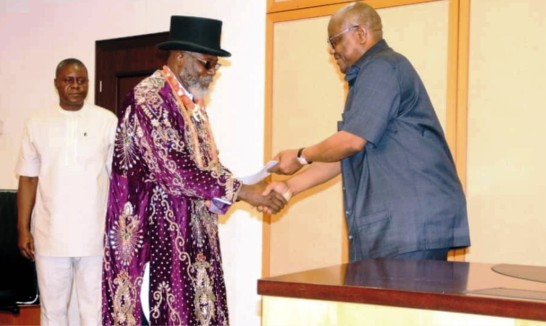 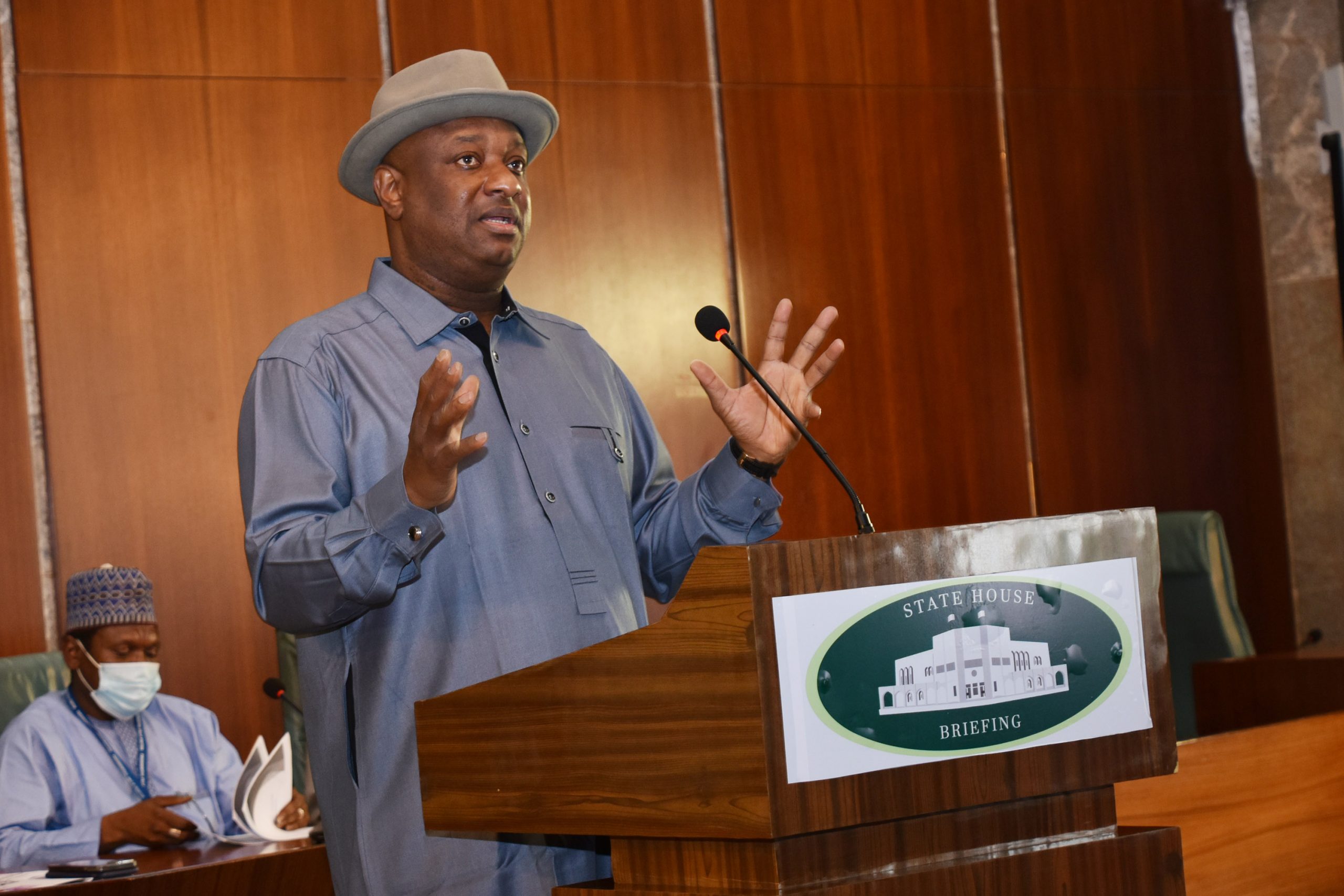 He explained that the initial delays that greeted the programme had to do with discrepancies noticed during the registration phase, especially with bank verification numbers.

He said despite his attempts to ensure due diligence in the implementation of the programme, he uncovered that some fraudulent Nigerians opened multiple bank accounts under a single BVN.

According to him, efforts to separate genuine applicants from those trying to fleece the scheme of its resources accounted for initial delays recorded in the kick off of the programme.

He also told State House Correspondents that the lockdown occasioned by the Covid-19 pandemic temporarily stalled the implementation process, but also led to President Muhammadu Buhari expanding the programme to enable those in the lowest cadre of economic strata to benefit.

The minister said that Buhari deserved commendation because it was the first time that itinerant workers were benefitting from a Federal Government social intervention scheme, as beneficiaries were drawn through a multi-sectoral approach.

According to him, “When we wanted to introduce the special social works scheme here in Nigeria, the President first approved the pilot scheme, because he thought, perhaps we needed to test run it to see what we can apply here. So, the first thing the President approved was that we should do eight states at that time. And not all the local governments just five, in selected states originally, that was in late 2019, then, I just became minister.

“So, during the lockdown, we discovered that at that time, small businesses suffered the most, so many people could not go out to eke a living, especially those who depend on daily pay. The people that were worst hit by the Covid-19 lockdown was the people who go out daily to market or bricklayers among others.

“So, the President was very concerned about this kind of people during the lockdown. He thought that if people don’t receive money daily, there’ll be a revolution. We had to quickly react and find them something to do. So, he said, look, this pilot scheme should be expanded. Let it cover all the states and all the local governments now quickly, it was a quick response by the President. He was also audacious about it.

He further said, “So far, those we have paid have received their N60,000 for the three months, we saved so many lives across the country by this payment, some use their own to buy grinding machine, I just discovered a grinding machine costs about N45, 000.

“Because of this, I begged my people to give more women than men because women are caregivers, they will manage this money well. They will buy grinding machine for instance, everyday they will making an average of N5,000 or N10,000 grinding tomatoes, pepper beans, for people, part of which they will use to pay school fees or to feed the family. But the men will go on drinking spree.

“We have helped saved so many lives because we discovered that some people in villages, they go around looking for a loan of N25,000 for weeks, nobody will give them to add to their small businesses. Don’t forget that we’re not talking about our graduates here; we are talking of itinerant workers. This is surely going to reflate the economy.

“We have paid 413,630 persons out of the 774, 000. So we’ve achieved about 60 percents of the success rate and this are those who have received N60,000 each. And the total amount we have paid out is N24 billion, actual monies given to Nigerians to put in their pockets for them to cushion the effects of post Covid-19”.

Keyamo also lashed out to critics in the opposition party, saying that the ‘You Win’ social intervention programme under the Goodluck Jonathan’s government was only meant for political cronies, hence could not achieve its aims and objectives.

He noted that one of the magnanimity of Buhari was that he ensured all Nigerians benefit from social intervention schemes irrespective of their political affiliations.

He alleged that “You Win” was executed under secrecy because; it ensured that the beneficiaries must be party members who will pay back through electoral patronage.

“They are complaining that they were not getting enough slots in this scheme, during the ‘You Win’ programme did we even hear anything about it not to talk of benefitting, they were giving it to their party members for political patronage,” the minister claimed. 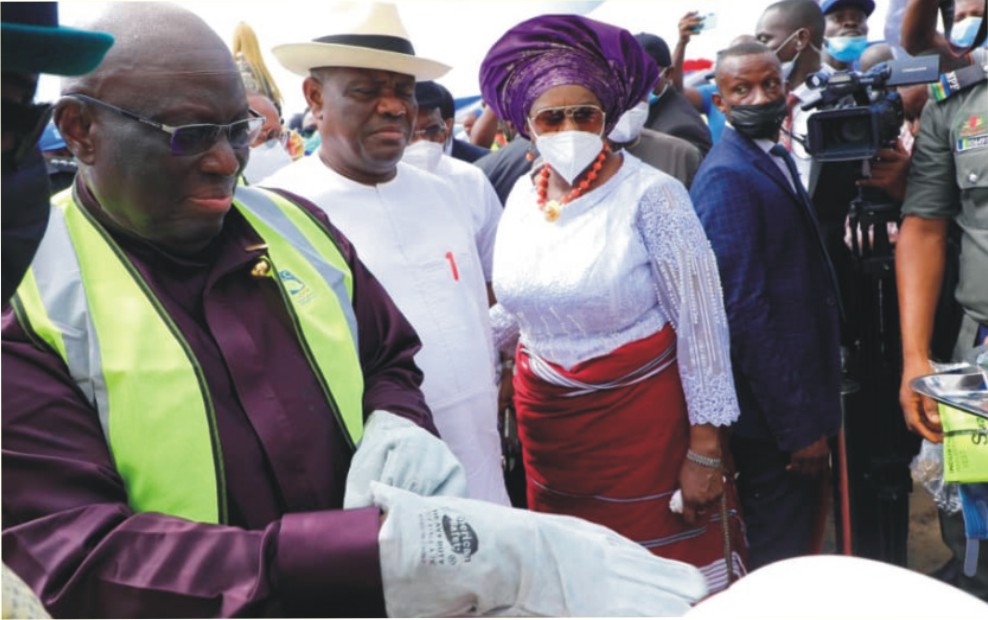 The Rivers State Governor, Chief Nyesom Wike, has declared that his administration takes great care in executing its several development projects to completion stage without being indebted to any financial institution.
Speaking at the flag-off ceremony for the construction of Trans-Kalabari Road Phase 1 in Degema Local Government Area, yesterday, Wike reminded the people that even the governor of Central Bank of Nigeria (CBN) has attested to that position.
Wike stated that he is not borrowing to fund any project in the state and will definitely not do so to complete the Trans-Kalabari Road that is connecting Krakrama, Omekwe-ama, Angula-ama, Mina-ama and other communities in the Kalabari area.
“People are asking: where am I getting the money from? People are saying I’m borrowing money. If I borrow money to develop my place (state) is there any offense there? They that borrow, did they do the road? If I’m borrowing and doing the work, have I not done well?
“But in any case, I am not borrowing money. It is a matter of how you manage the resources of the people.
“So, I’m not owing any bank! I challenge any bank to say Rivers State Government is indebted to them. The only money we took for agriculture, which Central Bank gave us, N5billion, as I speak to you, we have not touched one Naira. The money is still in there.”
Wike recalled how in 2009, the previous administration in the state implemented a payment module that clearly showed its lack of interest in either constructing or completing the Trans-Kalabari Road that it awarded then.
According to Wike, no longer will anybody come to hoodwink Kalabari people with the promise of constructing Trans-Kalabari Road in the name of politics, because the phase one of the project will be completed in 2022.
“We have not only awarded the contract, we have awarded it in such a way that they (contractor) have nothing to do with us about funding.
“We have signed an irrevocable standing order where every month the contractor collects from the bank N1billion. So, as this month is ending, that’ll be the third billion they’ve collected.
“I’ve told you here that we’ve instructed the banks, take N1billion off from our IGR account every month and give to the contractor to do the project. So, we are not borrowing money from any bank.”
The governor expressed regrets that the previous administration in the state that received, at different times, N100billion and N46billion, was not well meaning and committed to executing the project.
According to Wike, what matters to his administration is what can be done with the privilege that the people have given to them.
The Chairman of Greater Port Harcourt Development Authority, Chief Ferdinand Anabraba, who performed the flag-off, said after a meeting with the governor, leaders of Kalabari nationality met at home and decided the road mapping of the phase one of Trans-Kalabari Road project.
“We are here with our heads raised her high, gathered here for a moments event. This laudable project was conceived 15yesrs ago, and it remained strong desire and aspiration. Luckily you came in and our dreams have come through.
“Although, this is just a flag-off, but with your style of project execution, we can go home believing that it is as good as completed.”
In his remarks, the Rivers State Commissioner for Works, Elloka Tasie-Amadi, said the Trans-Kalabari Road Phase 1 is a 13.599km road project, and it features one bridge and will connect several island communities to the mainland of the state via the existing Buguma/Degema/Abonemma Road.
“It will provide an economically viable alternative to marine transportation and further stimulate other developments in and around the area by easing the movement of goods, services and persons.” 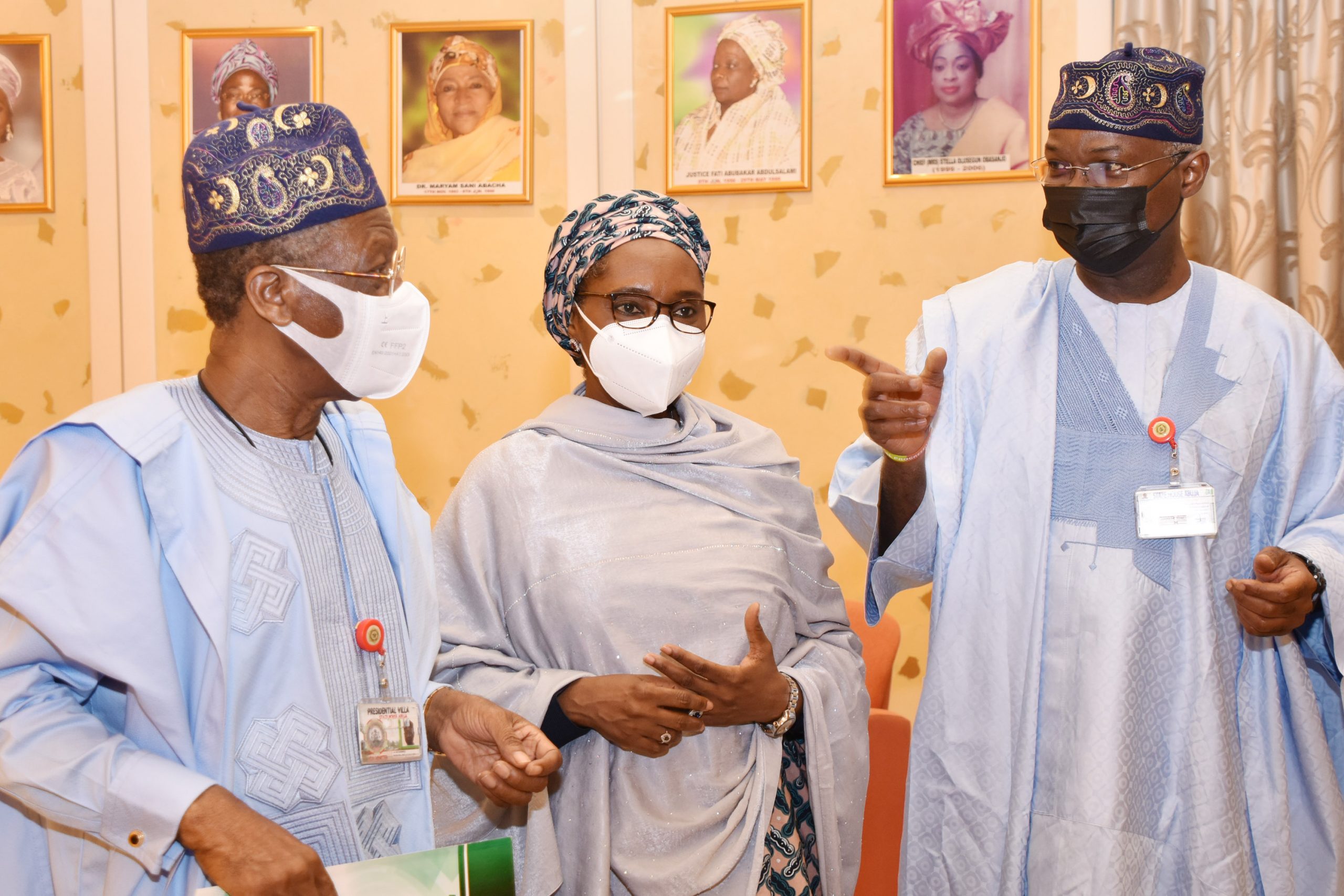 The Federal Accounts Allocation Committee (FAAC) has said that it shared a total of N605.958billion as May, 2021, revenue to the Federal, States and Local Governments as well as other relevant agencies.
The Director, Information, Ministry of Finance, Budget and National Planning, Mr Charles Nwodo, in a statement in Abuja, said the amount was shared during a virtual conference of the committee.
The committee, in a communique, noted that the N605.958billion shared included cost of collection to the Nigeria Customs Service (NCS), Department of Petroleum Resources (DPR) and the Federal Inland Revenue Service (FIRS).
The committee also stated that the Federal Government received N242.120billion, the states got N194.195billion while the LGs received N143.742billion.
It added that the oil producing states received N26.901billion as derivation (13 per cent of mineral revenue).
According to the committee, the Gross Revenue available from the Value Added Tax (VAT) for May, 2021, was N181.078billion as against N176.710billion distributed in the preceding month of April, 2021.
This resulted in an increase of N4.368billion.
It said, “The distribution is as follows; Federal Government got N25.260billion, the states received N84.202billion, and Local Government Councils got N58.941billion.
“The distributed Statutory Revenue of N428.198billion received for the month was lower than the N497.385billion received for the previous month by N69.197billion, from which the Federal Government received N175.541billion, states got N89.037billion, LGs got N69.644billion, and Derivation (13 per cent Mineral Revenue) got N24.666billion.”
The committee also revealed that Companies Income Tax (CIT), and Oil and Gas Royalties, Import and Excise Duty recorded decreases, while only VAT increased, although, marginally.
It said the total revenue distributable for the current month was inclusive of Gross Statutory Revenue of N357.888billion, VAT of N168.403billion, Solid Mineral Revenue of N7.940billion, Exchange Gain of N1.727billion and an augmentation from Non-Oil of N50billion and N20billion.
The committee said this brought the total distributable revenue to N605.958billion.