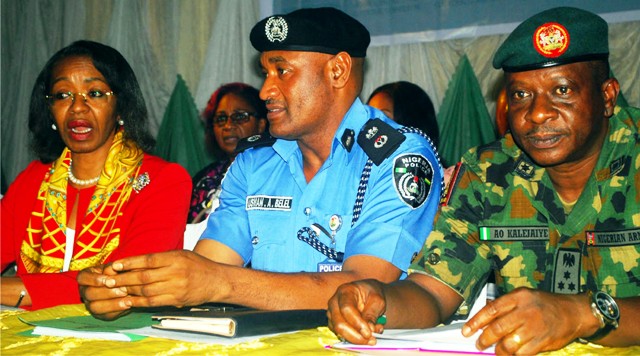 Civil Society Organisations (CSOs) in Abuja have demanded immediate prosecution of all the people involved in electoral malfeasance during the last election even as they called for the signing of a new electoral law to forestall a repeat of pitfalls of 2019 polls.
This is as the leadership of the Independent National Electoral Commission (INEC) has denied claims that the body compromised the 2019 elections, insisting that the blame for whatever shortcomings that might have been discovered in the election should be taken to the doorstep of politicians and mischief makers.
It said that it would soon submit to the National Assembly the report of the last election as required by the constitution.
Both the CSOs and INEC spoke at the presentation of 2019 General Election Report and 2019 General Election Observation Statements. The events were organised by Centre for Transparency Advocacy (CTA) and Nigeria Civil Society Situation Room.
At the two well-attended events include the INEC Chairman, Prof. Mahmood Yakubu, was represented by represented by the Resident Electoral Commissioners in charge of Information, Festus Okoye, Amina Zakari, Mohammed Haruna, May Agbamuvhe-Mbie and Chairman, Inter Party Advisory Council (IPAC), Peter Ameh .
Others were Resident Electoral Commissioner for Akwa Ibom, Mike Igini, his colleagues from Zamfara, Enugu and Osun States.
Describing as unfortunate a situation where months after the general election those who committed diverse electoral offenses were walking the street free, the acting Executive Director of CTA , Ms Faith Nwadishi said the situation was sending a wrong signal to the public.
She said: “Let us state clearly here that the ultimate test of credibility is how the government handles criminality. If people do not see electoral offenders prosecuted and punished, the message would be clear that these persons work for those we have elected and who tomorrow will come seeking our votes again. If the government and the political class continue to act nonchalant, the people will lose confidence in politics and democracy and anarchy and self-help would be the outcomes. That would spell the end of Nigeria as we know it. It is therefore, the duty of the government, INEC and every patriotic citizen to ensure that. We have to work for a better electoral system now by ensuring that the law is upheld and offenders are appropriately punished.
“Her stand was re-echoed by Mike Igini who said the problem with the country’s democracy was the elite whom he said were benefiting from the current situation.”
According to him, “the political elite is the greatest threat to our democracy. They are working to consolidate on their wrongdoings.
“The problem we have is the absence of consequence for offenders. A situation a wrong is allowed, it could be repeated tomorrow. That is the challenge we have on our hands.”
Calling for a concerted action to rebuild credibility in the country’s electoral system , Nwadishi canvassed joining of forces by stakeholders to firm up new laws in that regard.
She said. “We believe the attempt to rebuild electoral credibility must start with the law. The incoming National Assembly must work in collaboration with INEC, civil society organisations and other stakeholders to firm up our electoral laws. We are prepared to make our technical contributions in this regard. Indeed, there is a need to give INEC more powers to reflect the presumed independence of the body. It must as much as possible be put fully in charge of the resources and personnel it needs for elections.”
On security, she said: “While we generally commend members of the security services for helping with maintaining law and order during the election, we cannot overlook the fact that the deployment of the military was unlawful and uncalled for. Our laws do not give soldiers any role to play in our election and our courts up to the highest level have ruled accordingly. Their deployment and brazen partisanship against the opposition was an affront on decency. Of course, we realise that they could only have acted on the orders of their political and civil superiors, but no soldier or commander of military forces is compelled to obey an unlawful order.