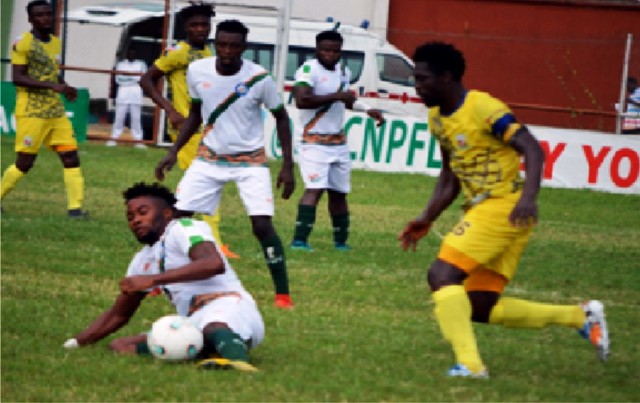 In Krisdera Hotels Sta
dium, Omoku, on Sunday, fans and supporters of Go Round FC were apprehensive when the 38 seconds goal scored courtesy of Rilwan Sadiq was cancelled by Heartland Uche Uguchi at 51st minute.
But the host claimed the three points through home boy Adeseun Adelani at 77th minute to enable them move up on the League table.
The encounter was one of the Nigeria Professional Football League (NPFL) week 16 games played at different venues, across the country.
Coach of Go Round FC, Willy Udube said he is working assiduously to get more away victories.
He complained over the heavy down, saying that playing in the rains was difficult and can not see the best of the any player.
“ It is difficult to play in the rains. This is the first time my players played under this condition. Besides, playing in the rains does not determined good football” Udube said.
He noted that most of the teams in NPFL are underrating his team, but expressed confident to surprise them.
Speaking Coach Ramson Madu of Heartland said the host team were lucky to win the game.
According to him, their intention is to run away with points, adding that their plans was distorted by the rains.
“The match was a very good one, we came here to collect points. Our plans did not work, they were just luck to carry the day” Madu said.