The Delta State Police Command has foiled an attempt by two Yahoo Boys to disappear magically.
In an attempt to vanish into a thin air mysteriously by throwing a ring suspected to be magic ring in his mouth, they were apprehended.
The bubble burst when the suspects made a kidnap and ritual attempt on a young girl coming from the popular Ogbegonogo market, along the Nnebisi road to Summit road.
It was reliably learnt that the girl whose identity is yet unknown boarded a tricycle, popularly known as Keke NAPEP, on her way from the market when two other boys joined her from both sides, leaving the innocent girl in the middle.
The suspected Yahoo Boys met their waterloo when their victim who signaled the Keke operator that she wants to drop off by Jesus Saves Junction refused to stop, forcing her to raise alarm which attracted mobile police on patrol and sympathisers to chase them.
It was reliably gathered that the suspected yahoo boys hypnotised (charmed) their victim which made her temporarily lost memory after she raised the alarm.
The police, in their swift response intercepted and apprehended the suspected kidnappers cum yahoo boys and thereafter diffused the charm.
Irate youths, who gathered at the scene made efforts to go on jungle justice but the police prevented them.
An eyewitness said one of the boys has an expensive Jeep.

As the Phase I of the State Employment and Expenditure for Results (SEEFOR) winds down this year, National Coordinator of the programme, Dr. Greg Onu, says Rivers State has surpassed its targets in all component and subcomponents of the programme
Dr. Onus said this at a media briefing, weekend in Port Harcourt.
The SEEFOR project which is being funded by the World Bank in partnership with the European Union (EU) is aimed at enhancing opportunities for employment and access to socio-economic services while improving public expenditure management system in participating states.
Dr. Onu told newsmen that the success of Phase I would determine if any of the four implementing states will benefit from Phase II of the programme adding that so far, Rivers state deserves to benefit from the second phase, having performed beyond expectations.
He also said some states had already indicated interest to be part of the Phase II of the programme which would soon be signed.
Meanwhile, the Rivers State coordinator of SEEFOR project, Mr. Keliivus Amos, said the state had surpassed its targets in all components of the programme.
Amos told newsmen that the Public Works component of the project made 497 intervention in road maintenance while 21, 770 youths have engaged across the state in this component, in addition to turning of the youths on money management and entrepreneurial skills.
He also told newsmen that on subcomponent which is Technical Vocational and Agricultural Training 9TUAT) about 5,134 youths were trained under this sub-component.
The coordinator also said, under the subcomponent, some institutions were provided with teaching aides.
He listed the institutions and centres to include; Government Technical College (GTC) Port Harcourt, GTC, Ele-Ogu, GTC Ahoada and GTC Tombia.
The rest are: Government Craft Development Centre (GCDC) Port Harcourt, School –To- Land Authority Port Harcourt, Women Development Centre Taabaa, ElechiAmadi Polytechnic Port Harcourt and the Ken SaroWiwaPolytechic, Bori while starter, packs were given out to some graduates of the institution.
He further said under the Community Driven Development Social (CDDS) being implemented by Ministry of Chieftancy/ Community Affairs, 97 projects were executed in 47 communities, while under the Community Driven Development Economic (CDDE) being implemented by FADAMA III 712 cooperatives from 49 communities benefitted.
Amos also told newsmen that the Public Financial Management Reform (PRM) which is component B of the project was designed to support and deepen the on-going financial management reform efforts of the state government to ensure judicious uitilisation of funds.
Journalists were earlier conducted round some projects completed by the agency in some points of the state.
They are; a borehole and Civic Centre at Ewike Eleme, Fadama project at Fimie-Ama, and concrete foot bridge at Buguma.
The rest are: 240 metre road project at Onueke Igwuruta and Mechanical and ICT workshop at Elechi Amadi Polytechnic Port Harcourt. 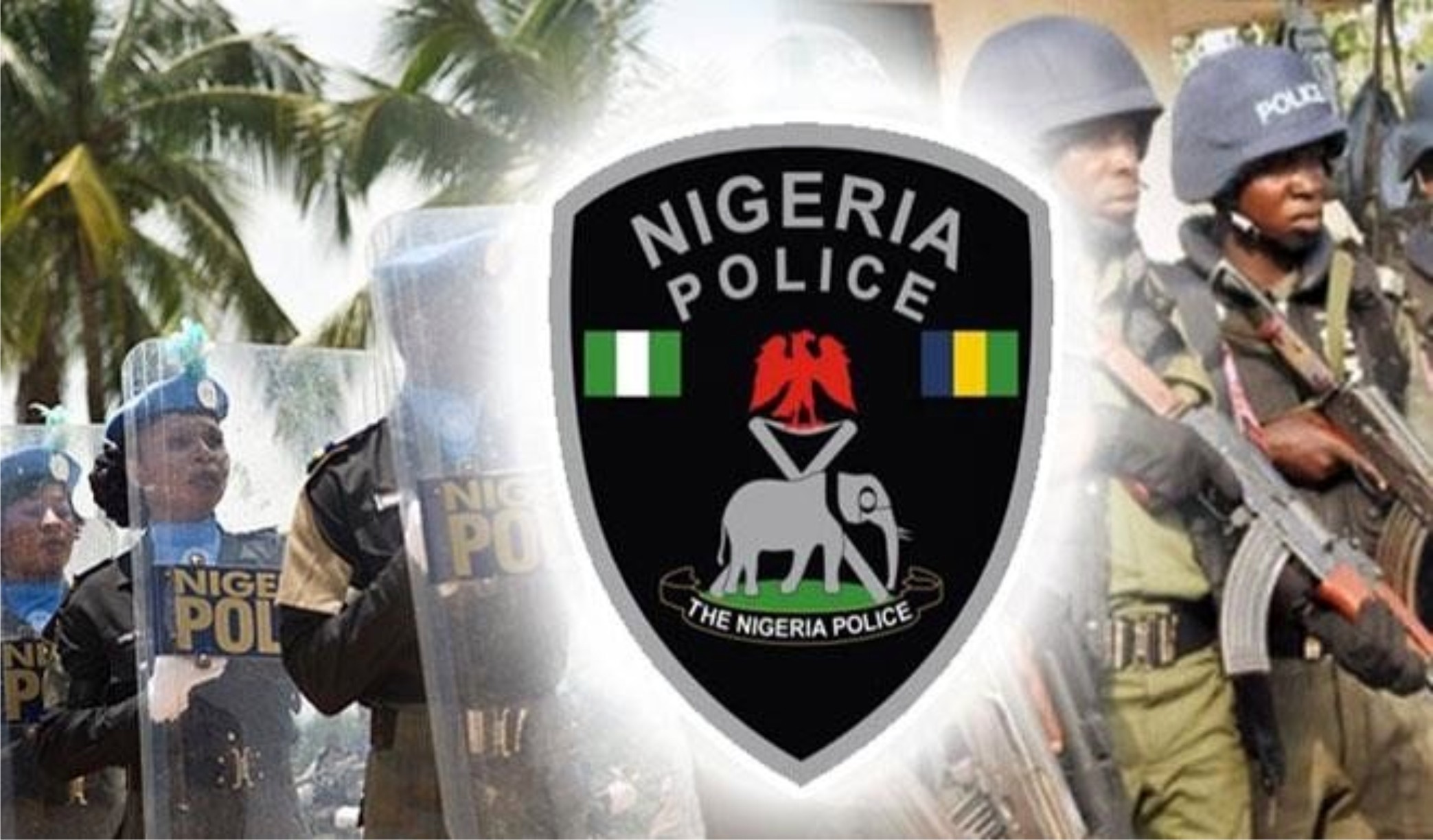 About 200 persons comprising men, women, youths and children from Obuama Community in Degema Local Government Area of Rivers State have benefitted from the free medical exercise conducted by the Nigeria Police Medical Services of the state police command.
The programme, which has the theme, “Smear for Smear”, was organised by the Police Medical Services in the state in collaboration with Medical Women’s Association of Nigeria (MWAN) as part of activities to mark the 2020 World Cervical Cancer Awareness Month in the state.
Speaking at the event in Obuama community, the representative of the commissioner of police in charge of Medical Services, CSP Oni Akindele, said the free medical service was designed by the inspector general of police to promote health condition of police personnel and the community at large.
Akindele said the programme was aimed at creating awareness on the dangerous nature of cervical cancer as well as to administer treatment on other health issues, especially in areas of hypertension, diabetes, malaria, eye challenges, among others.
According to him, women are most vulnerable to these dangerous diseases, adding that cervical cancer can be cured, if detected early and the right treatment administered.
Akindele who is a chief superintendent of police (CSP), urged the people to always take their health seriously, adding that such free medical service has been held in other parts of the state.
Also speaking, the President, Medical Women Association of Nigeria (MWAN), Rivers State branch, Dr Vetty Agala, said the programme was to create awareness of cervical cancer disease to the people in the area, especially the women, adding that cancer was an abnormal cell growth that occurs in women’s body, common in Africa.
Agala attributed early sex and having multiple sex partners among young women as possible causes of cervical cancer in women.
Other causes of the disease include drugs, smoking, among others, she said, noting that it was not hereditary but early detections can lead to its cure.
“Regular medical check up and screening is recommended for its treatment”, Agala added.
In their various speeches, representatives of the community, Chief Opuks Harry and the Woman Leader, Mrs Daughter Nathaniel Cottreel lauded the police for the initiative, adding that the free medical programme would go a long way in impacting on lives in the community.
Our correspondent reports that the combined medical team comprising the police and MWAN handled and treated various degrees of ailments and administered free drugs to both the elderly men and women, youths and children as well as pupils and students within Obuama and their neighbours during the one-day programme. 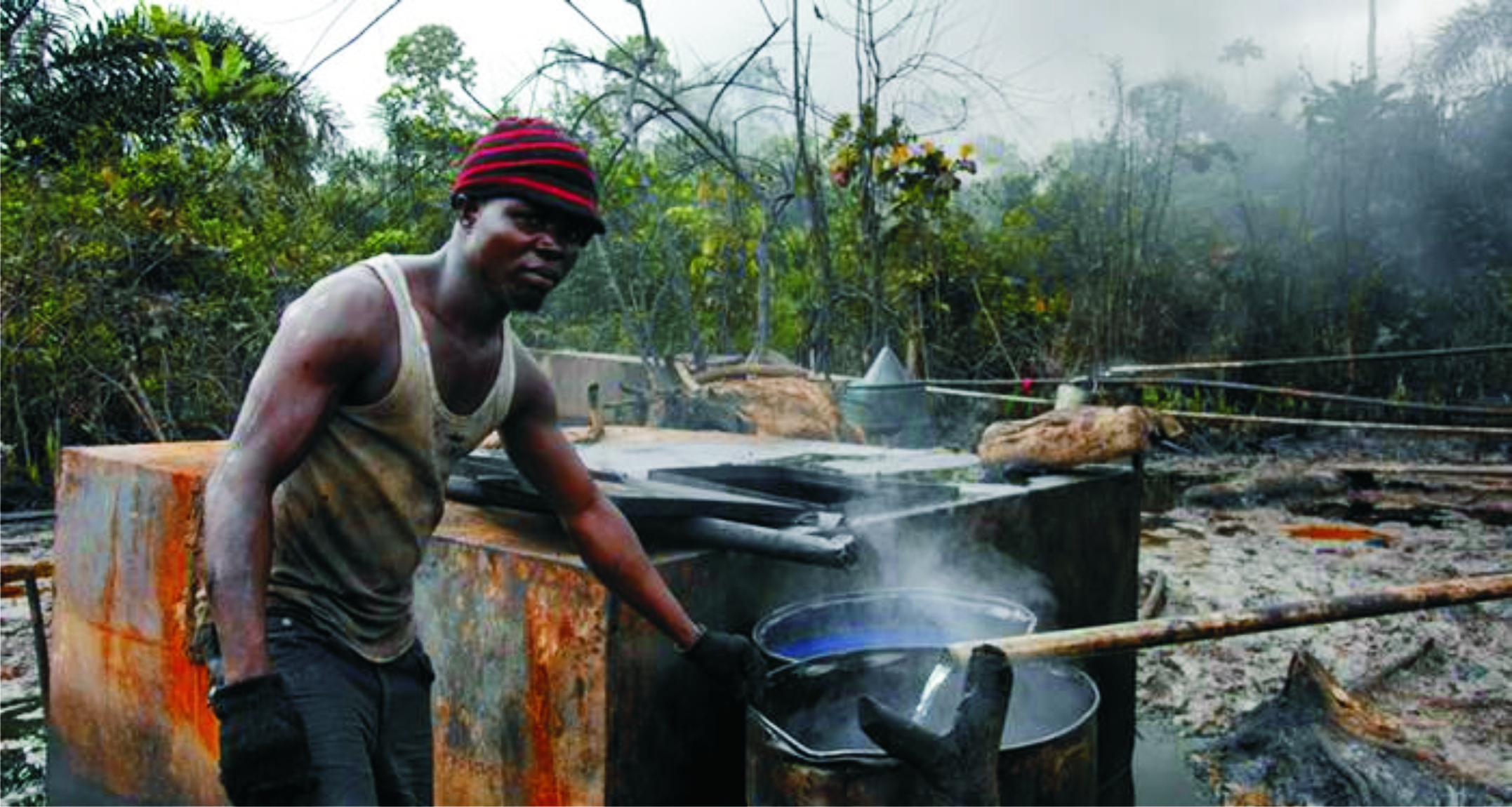 A pressure group, the Niger Delta Youth Coalition (NDYC), has thrown its weight behind the Federal Government on its plan to grant operational licence to youths of Niger Delta involved in kpofire business to operate Modula refinery.
National Coordinator of NDYC, Prince Emmanuel Ogba said that the plan by President Muhammadu Buhari, if properly implemented would engender so many benefits to the country.
“If the youths are granted license to operate Modular Refinery, it would create wealth and huge employment opportunities to the people.
“It will end the problem of economic sabotage posed by illegal refinery and also make petroleum products which are scarce at present to be abundant for the people.
“It will also reduce the environmental damage being done to the environment and the ecosystem among other numerous benefits “, he said.
He however urged President Buhari not to limit the granting of the Modula refinery license to the youths involved in kpofire business.
He lamented that the habit of rewarding only those involved in illegality in the region at the detriment of law abiding youths.
“When the amnesty programme came, the reward went only to militants in the region.
“Now the Federal Government plans to grant Modula refinery license to youths, they are asking traditional rulers to compile names of those involved in kpofire business for consideration. Does it mean that for any youth to be considered for empowerment, he or she must be involved in criminality? “, he queried.
Ogba emphasised that criminality in the region can never end if criminal youths only are rewarded while Federal Government has nothing to offer to law abiding youths, noting that it is a direct way of luring youths in the region to crime.