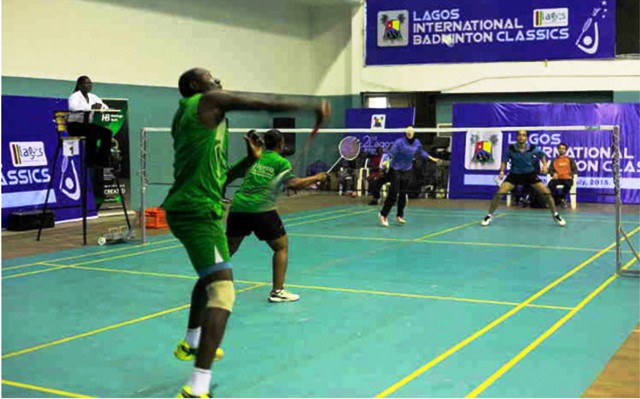 The 2019 All Africa Senior Badminton Championship billed for Port Harcourt between today and weekend serves off at the main hall of the Alfred Diete-Spiff Sports Complex today.
Already, most of the 18 countries expected for the championship being sponsored by the Rivers State government in conjunction with the Badminton Federation of Nigeria, BFN, arrived Port Harcourt at the weekend.
Most of the teams held other training sessions at the venue yesterday and are ready to go. According to the organisers, the championship will commence with the opening ceremony and the team events today.
Meanwhile, towards a successful media coveys of the championship, the BFN yesterday organised a one day retreat on the fundamentals of the game for members of the Sports Writers Association of Nigeria (SWAN) Rivers State chapter.
The retreat was held at the Alfred Diete Spiff sports complex Port Harcourt, yesterday ahead the All Africa Senior Badminton Championship (AASBC) slated for today in the state.
Speaking at the event the resource person, Deputy Referee of the championship, Bayo Ilori, explained that the game has single, doubles and mix doubles players.
According to him, the match consists of best of three games of 21 points adding that, at 20 all, the player who gains a two points lead first, wins the game.
“At 29 all, the side scoring the 30th points win that game. The side winning a game server first in the game. The same counting for single doubles and mix -doubles,”Ilori said.
He further explained that, if the laws are continuously broken by a player then the referee has the power to dock that player points and can disqualify him for persistent faults.
“Players must serve diagonally across the net to their opponent. The referee has overriding call on infringement and faults. The game has only two rest period,’ he noted.
He also said that, a red card is given to a single player or doubles pair to penalize subsequent infractions after receiving a yellow card, adding that it counts as fault.
The judge noted that opposing side is awarded apoint saying that, after a second red card a player or pair may be disqualified with a black card by the umpire after being authorised by the referee.

Nigerians Sure Of Paralympic Qualification

Guinea Joins Nigeria, Others For FIFA U-17 W/Cup