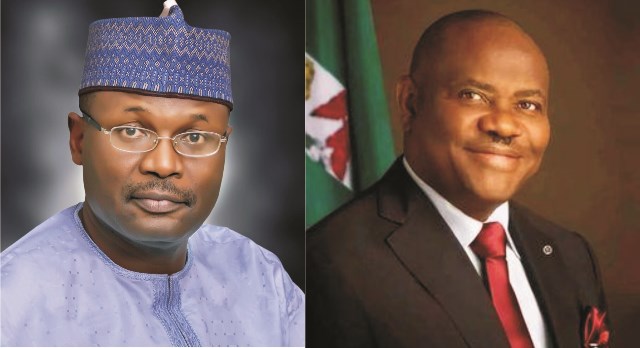 NURTW Advises Gov To Get Touts Off Roads

Security is one area that leaders of all tiers of government must address their minds to. This is because government originated from the desire of the bourgeoisie to secure their property from the commoners.
Consequently, one of the fundamental responsibilities of government is to ensure the security of lives and property of the citizenry.
Most importantly, the present situation in the country calls for concerted efforts by all and sundry to ensure that law-abiding citizens of the federation were safe.
Interestingly, less than 24 hours from now, chief security officers of the 23 local government councils executive in the Rivers State will be sworn in by the executive governor of the state, Chief Nyesom Wike.
It is expected that the council chairmen will complement the robust security architecture already fixed by the governor. The proactiveness of the state chief executive has paid handsomely as the level of security in the state has been beefed up. This is exemplified by the short fall in security challenges.
Many people who spoke with The Tide on their expectations from the council chairman across the state harped on the need to battle insecurity.
Speaking with newsmen in Port Harcourt on Monday, a business operator and resident of Omoku, Mrs Patience Ndidi (Nee Obuah), who spoke on behalf of the business community urged the incoming chairman to sustain the existing peace in Ogba/Egbema/Ndoni Local Government Area of the State.
She described the chairman-elect, Hon. Vincent Job as a trusted leader as well as epitome of what a leader should be.
Mrs Ndidi expressed hope that the incoming chairman would sustain the existing peace in the area. According to her, “the peace we are enjoying today must be sustained even as we pray for him”.
Also speaking, an elder statesman in the area, Chief Ono Eze Obi, said, “my expectation is for the chairman elect to accord the security of lives and property a priority because our people must stay alive to enjoy the dividends of democracy.”
He noted that insecurity had relegated the local government to the background which they did not want to recur.
“We expect the incoming chairman to tackle security holistically by partnering with relevant stakeholders, security operatives, especially the local government vigilante called ONELGA Security Planning and Advisory Committee (OSPAC),” he stated
“Hon Vincent Job understands administration especially at this level. He is assuming this exalted office at this critical time in our history, when insecurity has been a great source of worry to all and sundry.”
Hon Azubuike Awuya, a youth leader in Obrikom stated.
“He should act like a desired messiah in this regard. I can assure you our people will be pleased with his administration; Hon. Awuya noted.
Another person, who spoke with The Tide, the female youth leader, Hon. Sarah Woko, said the blueprint conveyed by Hon Vincent Job during his electoral campaign received wide acceptance.
She averred that the blueprint had given them the assurance of peace and tranquility in the area.
She said, “the security architecture must be adequately strengthened to further boost both economic and social activities of our people.
Also speaking, a farmer residing in ONELGA, Mr Ossai Tony, noted ,” I join other farmers to plead with the incoming chairman to ensure farmers could conveniently go to their farms without security threats. We give kudos to ONELGA OSPAC. They are the reason farmers can carry out their legitimate business, so we expect him to sustain it.
A trader, Mr Okechukwu Nwokocha who spoke with The Tide noted,” I must thank you for this opportunity. A lot of expectations but the one that concerns us is that of security. Since the arrival of OSPAC business activities have grown steadily. We operate freely without molestation. The only thing he can do for us is the sustenance of security, peace and order. We will be grateful to him”, he said.
It would be recalled that ONELGA was the hotbed of crisis during the era of late Don Wani, the cult kingpin that relegated the LGA to the background. The killing of Don Wani and the formation of OSPAC were two things that brought a new lease of life to residents of the area.
The issue of reliving the horrible and ugly experiences of the pre-OSPAC days has often assailed the minds of ONELGA residents, little wonder then that everyone craves for the sustenance of the security apparatus in the area.
Before OSPAC was formed, many ONELGA communities had been deserted. Raping of women and girls was commonplace. Killings, decapitation and selling of body parts were the order of the day.
Don Wani was the notorious dictator in the entire local government area.
It would be pertinent therefore for successive council administrations in the area to sustain peace so that there should be no relapse into the horrors of the past.
Ralph Echefu is a public affairs analyst, based in Port Harcourt.

Whether Rent Is Refundable

An FCT High Court, Kubwa, has fixed July 5 for the definite hearing in a case against five friends.
Justus Alex, Victor Alex, Marcus Eze, Asogwa Johnson and John Ofor face four counts of armed robbery and abduction filed by the police.
Justice Kezziah Ogbonnaya fixed the date after prosecution counsel, Sadiq Haruna, announced he had made rearrangements with the court registrar to serve the defendants’ sureties.
The sureties could not be served due to the Judicial Staff Union of Nigeria (JUSUN) strike.
The defendants are accused of robbing one Theophilus Kelechi and three others of five phones, one digital camera and N50,000 cash at Nandu Plaza, Wuse Zone 5, Abuja on October 15, 2019.
They also allegedly abducted Chief Benard Nwora from his office at Suite 52 of the same plaza and took him to Ado village in Nasarawa.
According to the prosecution, they demanded N50 million ransom from his wife, Bethel.
The police recovered two pistols, six live cartridges without licence, from the friends in Ado on October 16, 2019.
Their offences contravened the provisions of Section 2(3) of the Robbery and Firearms Special Provision Act Cap 398 LFN 1990 and Section 273 of the Penal Code.
All the suspects have pleaded not guilty.