A rice farmer in Delta State Mr Raymos Guanah, has congratulated Governor Ifeanyi Okowa on his re-election, saying his second coming will lead to agricultural boom in the state.
Guanah, who described Okowa as farmer friendly in an interview with newsmen last Monday in Asaba, said that with the governor’s commitment to agriculture, the state would attract more revenue from agriculture.
”I want to congratulate governor Okowa for his re-election for a second term in office and as the most farmers’ friendly governor in the country.
”The governor has done very well and this time around, he has much more to do in agriculture and whatever farming the people want to do, the governor said he was ready to support.
”And I think in the next dispensation, Delta State will be earning more money from agriculture by way of Internally Generated Revenue  and also providing more employment to people through agriculture,” Guanah said.
Guanah, who is also a lawyer, said that being a rice farmer, he was making good money, creating jobs and providing food for the masses under Okowa’s administration.
”Though a lawyer by profession, rice farming is very lucrative, I feel good being involved in agriculture because it gives me a personal satisfaction, it gives me money, I provide food for people and I employ labour.
”All these put together, what most lawyers can’t have; I have through farming and agriculture.
”I feel very comfortable as a farmer than going to court to just provide services, though lawyers make money doing that,” he said.
Guanah said that the market demand for rice remained very wide such that farmers could not meet up.
”There is much room for more people to go into rice farming and make more money in this country,” he said.
He said that the challenge was that the people, particularly the traditional farmers had continued to see agriculture as just a way of providing food rather than as business where they could make money. 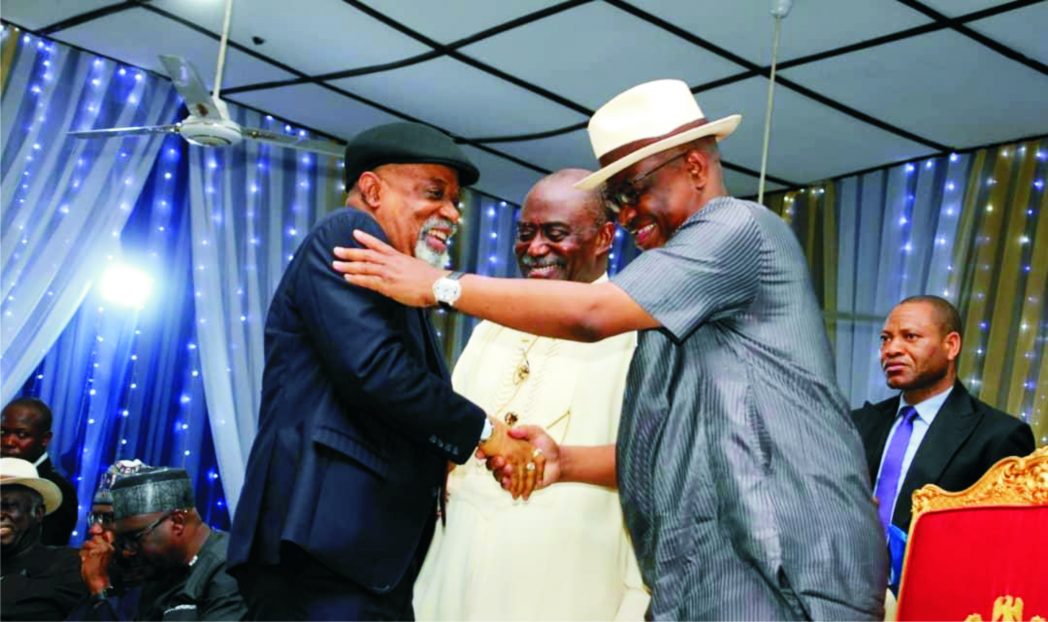 The Rivers State Government has expressed optimism that the PAMO University of Medical Sciences (PUMS) would produce students of great academic relevance and integrity to fill up the gap in our medical services across the country.
The Governor of the State, Chief Nyesom Ezenwo Wike expressed this during the 3rd matriculation Ceremony of the university in Port Harcourt, yesterday.
Represented by his Deputy, Dr. Ipalibo Harry Banigo, Governor Wike said the university is an innovation in the Nigerian educational industry, stressing that the founders of the university are indeed living up to expectations in delivering equitable services to the students.
Governor Wike who said the university would continue to receive the support of the Rivers State Government through the award of scholarships to students and other avenues, charged the students to face their studies seriously and obey school rules and regulations.
In his address, the Chancellor and Chairman, Board of Trustees of PUMS, Gen. Abdulsalami Abubakkar, who thanked the Rivers State Government for its support to the institution, congratulated the students for being admitted into one of the most prestigious universities.
He urged the students to realise the sacrifices made by their parents to send them to PUMS and congratulated the Pro- Chancellor for setting up the university.
Also speaking, the Pro- Chancellor of PUMS, Dr. Peter Odili welcomed the students to the PUMS family, which according to him is focused, disciplined, committed and passionate about ensuring that by the time they graduate, they would have been fully equipped as health professionals.
Earlier, the Vice Chancellor of PAMO University of Medical Sciences, Prof. Michael Diejomaoh who disclosed that a total of 150 students matriculated at the event, said the university cannot change the world overnight but can engineer that change one step at a time by contributing to the ways that will make the difference in the quality of health care provisions through learning, teaching and research applied at the university. 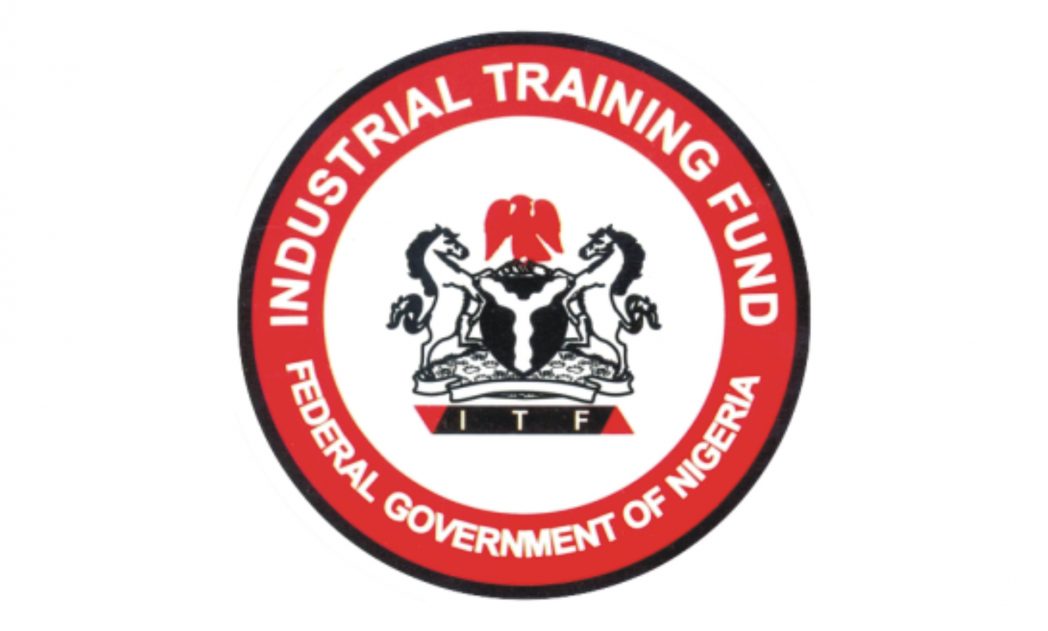 As part of efforts to curb crime and create employment, the Industrial Training Fund (ITF), has empowered 300 youths in Rivers State with various skills, all of whom were also presented with starter packs.
Director-General and Chief Executive of the ITF, Joseph Ari disclosed this in his address at the closing ceremony of the 2019 National Industrial Skills Development Programme (NISDP) held in Port Harcourt, Rivers State capitalyesterday..
Represented at the event by ITF’s Director, Information and Communications Technology (ICT), Dickson Onuoha, the ITF boss also presented the beneficiaries with their certificate of completion and starter packs.
Ari said ITF’s commitment to skills acquisition was premised on the need to proffer solution to the rising unemployment and poverty that have continued to defy the best efforts of government and non-governmental organizations.
Ari said the beneficiaries should consider themselves lucky for the skill acquired as many were looking for such opportunities and urged them to make good use of the starter packs, just as he warned against selling the tools/equipment.
He said, “Since inception, the NISDP has equipped over 200, 000 Nigerians nationwide with skills for employment and entrepreneurship. In Rivers State, 300 youths were trained in the following trade areas: welding and fabrication, furniture making, catering and event management, tiling, beauty care and Autogele (head tie).
“To the beneficiaries, I urge you to resolve to utilize the opportunity provided by this training. You should consider the start-up packs as your ticket to the world and an opportunity to meaningfully contribute to the Nigerian economy. Our commitment to skills acquisition is premised on the fact that it remains the most viable and sustainable solution to rising unemployment and poverty that have continued to defy the best efforts of government and non-governmental organisations.
”No reasonable analysis will divorce unemployment from the needless incidents of violence that have claimed thousands of lives across the nation. The ITF DG further said, “We believe that given the intensity and the very practical nature of the training, which was 80 per cent practical and 20 per cent theory, they were equipped with the necessary skills and attitudes to thrive as employees or as entrepreneurs.

With the expiration of the Monday’s, deadline given by the Rivers State Waste Management Agency (RIWAMA) for cart pushers to leave the streets and roads of Port Harcourt, the Rivers State capital and its environs, the Sole Administrator of the Agency, Bro. Felix Obuah has reiterated his earlier warning to cart pushers to comply with the directive or risk the impoundment and destruction of their carts.
Bro. Obuah who renewed the warning while addressing cart pushers along Ada George, Elioparanwo, NTA, East West Roads in Obio Akpor Local Government Area during his routine morning monitoring exercise of major streets and roads in Port Harcourt, yesterday, said the ban on cart pushers remained in force, insisting it would be in their best interest if they heed the warning.
The Sole Administrator explained that the ban became necessary as their activities had become a nuisance and turning some areas to an eyesore with indiscriminate dumping of refuse on the streets and roads.
Bro. Obuah regretted that the activities of the cart pushers were not only condemnable but also amounted to a deliberate attempt at sabotaging the efforts of the Agency to restore the Garden City status of Port Harcourt.
He pointed out that a lot of resources were being committed by the environmentally-friendly Governor of the State, Nyesom Wike, to ensure a clean and healthy state, adding that RIWAMA would not fold its hands and allow individuals or groups to sabotage his efforts.
Bro. Obuah called on residents and those doing business in the State to reciprocate the Governor’s kind gesture by keeping their homes and surroundings clean at all times, noting that cleanliness is next to Godliness.