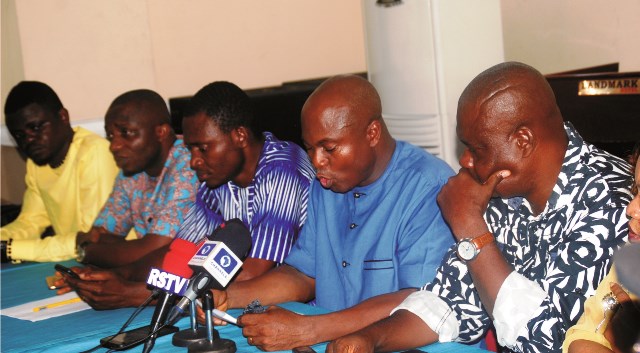 The violence, including shootings that characterised last Saturday’s elections in Ogoni land and other parts of Rivers State have been described as a setback to democracy.
President, Movement for the Survival of the Ogoni People (MOSOP), Mr Legborsi Pyagbara said this in a statement issued in Port Harcourt, Rivers State capital.
Pyagbara said voting was largely peaceful in most parts of the four local government areas that make up Ogoni land, despite the low turnout of people; even as it condemned alleged attack on unarmed citizens, including two of its officials by security operatives.
The statement reads, “The Movement for the Survival of the Ogoni People (MOSOP) has been following, through its local monitors, the processes relating to the general elections particularly the Gubernatorial/House of Assembly 2019 elections in the Ogoni local government areas of Eleme, Tai, Gokana and Khana that took place on Saturday, 9th March 2019.
“MOSOP welcomes the peaceful conduct of the casting of votes on the election date in some areas of Ogoni notwithstanding the low turnout.
“However, despite our call for a peaceful and non-militarised elections, we are deeply concerned about reports of grave violence and actions that marred the elections and may interfere with the processing of the votes or which cast doubt on the integrity of the entire process.
“MOSOP is further concerned about reports of opening of fire on unarmed citizens and tear-gasing of people allegedly by security agents particularly at Ogoni towns of Kpor, Bori and Ogale and the resultant death and wounding of several persons including the shooting of Dr. Ferry Gberegbe and teargasing of Barr.  Dumle Maol, all of whom are MOSOP officials. This is indeed a setback on our democracy.
“As it is a fundamental right of citizens to vote guaranteed under several human rights instruments including the 1999  Nigeria Constitution as amended, Articles 3, 5 and 8 of the African Charter on Democracy, Elections and Governance  and Article 13 of the African Charter on Human and Peoples’ Rights, MOSOP restated that these instruments affirm that free and fair elections legally oblige all political actors to abide by and respect the legally established processes at  all stages of the election,” Pyagbara stated.
The statement further reads, “It is in this light that the MOSOP deeply condemns the low intensity warfare at some parts of Ogoni in the name of elections that took place on March 9, 2019 with the open confrontations between security agents and protesting voters and urged the Independent National Electoral Commission (INEC) to process the tallying of votes with transparency and integrity and in strict compliance with the legally established requirements.”
The body calls on government to prosecute all actors including security agents, electoral officers and agents of political parties that are involved in the electoral violence that took place in Ogoniland and other areas during the elections.
The MOSOP President urged all political parties and candidates to respect the electoral laws and regulations and use the legal process established for resolving any disputes relating to the electoral processes, while urging Ogoni people to remain calm and peaceful.
He also charged all the agencies with responsibilities for peaceful, free, fair and credible conduct of all processes of the elections particularly the INEC, the judiciary and law enforcement agencies that they should discharge their responsibilities with strict adherence with applicable guidelines and utmost integrity and transparency.

2019 Polls: The Allegations And Realities