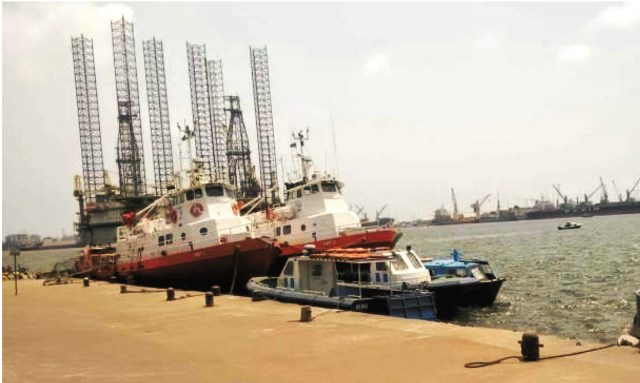 The Freight agents under the umbrella of the Association of Nigerian Licensed Customs Agents (ANLCA) say the Nigerian importers and their agents lost a whooping sum of N40bn as container deposit to the shipping companies operating in Nigeria in 2018.
National Vice President of the association, Kayode Farinto, disclosed this in Lagos on Wednesday.
He said that such deposits always got depleted while empty containers were lying on trucks waiting on queue for weeks to access the ports.
He revealed that the shipping companies had devised another trick to extort Nigerians saying, “when they realised that your container deposit has depleted and you are yet to return the empty container, they will now slam you with what is called container detention charge”.
While harping on the need to come to the aid of the Nigerian importers particularly the Council for the Regulation of Freight Forwarding in Nigeria (CRFFN), he urged government to come down heavily on the shipping companies that do not have holding bays.
“We are going to submit a memo on this, we are going to come down heavily on these shipping companies because they are extorting Nigerians and it is not as if they are investing anything per se but they are just milking Nigerians dry and they still repatriate this money abroad. It is very unfortunate,”farinto said in a statement made availabe to The Tide on Wednesday.
He frowned at the situation where customs officers at the ports would release a consignment only for another set of customs officers to arrest the same consignment, describing it as unthinkable and an eyesore.
According to him,” You will see a container that is leaving the ports, just in front of Area B, younger officers will be conducting examination. It is a barbaric situation, each time I pass there, I feel heavy burn in my heart but we decided to lie low because of the coming elections. The moment the elections are concluded, we are going to face ourselves on this.
“Once a cargo is released in the port, it is either you allow it to go to the consignees’ warehouse or don’t release the cargo. Anybody that wants to conduct examination should come to the port but a situation where a senior officer will release a cargo and just 20 metres to the seaport, if you go to Mile 2 too, you see officers conducting examinations, it is unhealthy and people are looking the other way and pretend as if all is well.
“A lot of things are happening in this industry that personally, I am not happy about, I am very sad about it and we are just waiting for the election to go; the moment election is concluded, we face ourselves squarely”.