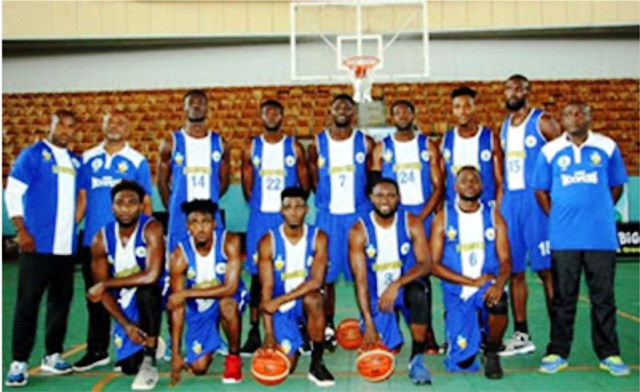 The head coach of Rivers Hoopers, Basketball team of Rivers State, Ogoh Odaudu  said that his team will face the Northern team in the International Basketball Federation (FIBA) Africa Basketball League this new season.
He explained that, it’s not an easy thing to face the defending champion and other Northern side from Tunisia in the group.
Odauda stated this over the weekend, after the FIBA Africa Basketball League (ABL) draw were held at the Hotel Pullman, Abidjan.
According to him,they are going to put the team together and grab one of the slots from the group.
“It’s not easy playing against these Northern sides,head coach said.
Rivers Hoopers were drawn in group A alongside defending champions of the continent AS Sale of Morocco,JS Kairouan of Tunisia and SLAC of Guinea.
Also, another Nigeria representive, Civil Defenders will also be facing another Northern opponent ES Rades of Tunisia, the zone three winners, Elan Sportif of Benin and BC Terreur of DR Congo,group B.
Group C has Al Ahly ,Egypt, Primeiro De Agosto, Angola, Ferroviaro Beira of Mozambique and R.E.G BBC of Rwanda while group D are Petro De Luands, Angola,Smouha of Egypt, ASB Mazembe DR Congo and C.O.S.P.N. of Madagascar.
The game will be played in a round robin format from February 8 to March 10 across different African cities.
The Window one Will be played between February 8 and 10 , while Window two February 15-17, Window three March 1 to 3 and that of Window 4 will hold from March 8 to 10.
Top two teams from each group will advance to the elite eight, where Club’s will be divided into four of two teams each that will play from March 22 to April 14 home and away format.
The winners of the four groups will advance to the final to be played from May 3 to 5.