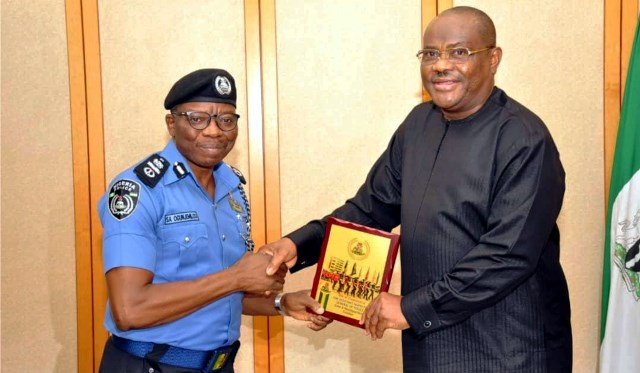 As the presidency considers passing the report of the Tripartite Committee on the National Minimum Wage to the National Assembly in form of bill, for passage into law, the Nigeria Labour Congress (NLC) said no Technical Committee will look into the already agreed  figure of N30,000.
The NLC was reacting to President Muhammadu Buhari’s statement that a “high powered technical committee” would be set up to look into the ability of state governments to pay the already agreed minimum wage to avoid job loss.
Buhari disclosed this at the presentation of N8.83 trillion 2019 Appropriation Bill to the National Assembly in Abuja, yesterday.
“To avoid a system crisis on the federal government and states, it is important to device ways to ensure that its implementation does not lead to an increase in the level of borrowing. I am, accordingly, setting up a high powered technical committee to advice on ways of funding an increase in the minimum wage and attendant wage adjustments without having to resort to additional borrowing.
“The work of the committee will be the basis of finance bill which will be submitted to the National Assembly alongside the minimum wage bill,” Buhari said.
Buhari, said the committee would recommend modalities for the implementation of the new minimum wage.
But, NLC President, Ayuba Wabba told newsmen in Lagos that no Technical Committee would look into the issue of N30,000 minimum wage.
“We cannot use any technical committee to look into the agreed minimum wage. The President promised to pass the report to lawmakers a week after it was presented to him.
“Once the tripartite committee has met and agreed on an amount, no other committee can meet on the same issue,’’ Wabba added that it was the tripartite committee’s decision for workers to be paid N30, 000 as minimum wage and there was no going back by labour on the amount, and also noted that Organised Labour would meet, next week, to take a decision the next line of action. Earlier, President of the United Labour Congress (ULC), Joe Ajaero, said a tripartite committee had considered the ability of governments to pay the sum before the committee agreed on it and that Labour had resolved to fight for the new minimum wage even after the upcoming general election, saying that there would be no retreat or surrender until workers received the wage. Buhari set up a tripartite committee on November 5, 2017 and the committee later agreed on N30, 000 as new minimum wage after prolonged consultations.
He received the panel’s report this December.