In continuation of its war against crude oil theft in the Niger Delta, troops of Operation Delta Safe (ODS) have arrested three suspects and destroyed 80 illegal refineries in Bayelsa, Delta and Rivers states.
Coordinator of the Joint Media Campaign Centre of the ODS, Major Abubakar Abdullahi, in a statement, said ODS troops, during a patrol of the creeks of Bayelsa, arrested three suspects and destroyed seven illegal refineries.
“In Delta and Rivers, ODS troops, in line with the directive of the Commander of ODS, Rear Admiral Apochi Suleiman to increase surveillance, uncovered several illegal refineries.”
Abdullahi, who urged the people to provide valuable information that would frustrate economic activities of saboteurs, said ODS would not relent in its mission to execute its mandate in the Niger Delta region.
“In Bayelsa State, troops patrol around Obhoyohan and Ngiri creeks, in Nembe Local Government Area, discovered and destroyed seven illegal refineries containing 150,000 litres of suspected stolen crude oil. Three suspects were also arrested in connection with the illegalities and are currently undergoing investigations. In Delta State, troops patrol around Sara Abileye swamp in Warri South West Local Government Area discovered a network of six illegal refineries made up of four storage tanks, two dug-out pits filled with products suspected to be stolen crude oil. “Another patrol at Ajoloso creek in Elume community destroyed a camp housing eight illegal refineries. Similarly, troops destroyed nine illegal refineries comprising four ground pits and three tanks filled with products suspected to be stolen crude oil at Katu near Camp 5 in Warri South West.
“This was in addition to seven illegal refineries earlier destroyed around Opunami Creek.
“Another patrol conducted around Udu, Uhelli South local government discovered eight illegal refineries depot at Udu trailer park and destroyed 1,200 drums laden with 140 metric tonnes of illegally refined diesel.”

NDDC Charges US On Peace, Security 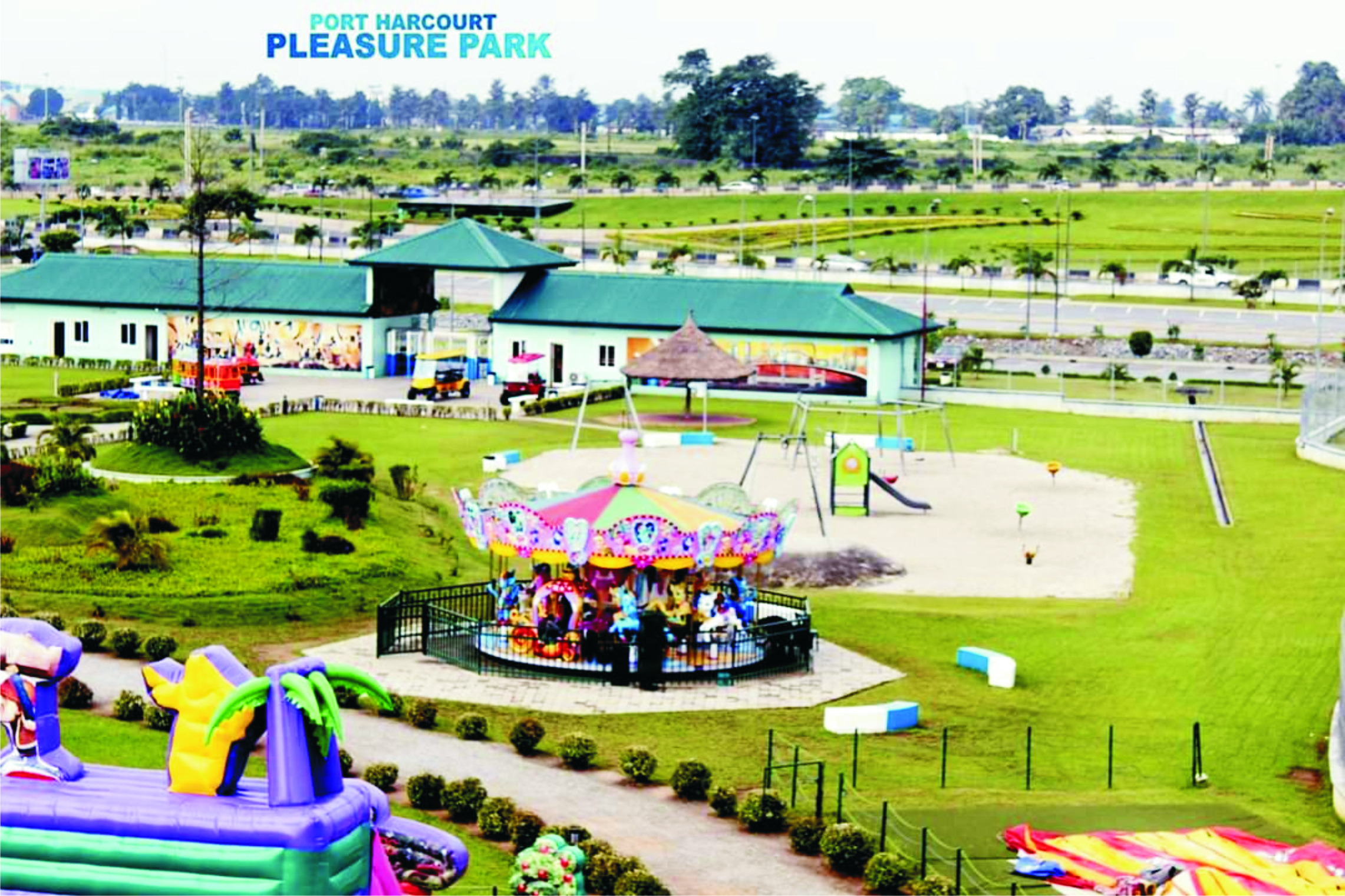 Some motor park and market operators in Port Harcourt City and its environs, have commended the Rivers State Government for steps taken to contain the spread of the Coronavirus pandemic to the state.
A cross section of motor parks and market operators who spoke during a sensitization campaign by the Inter-ministerial Committee on the Coronavirus pandemic to some motor parks and market in the city, attributed the high level of awareness among drivers and traders to the effort of the state government.
Speaking at Abali Park, the Chairman National Union of Road Transport Workers (NURTV) Mr. Christopher Wobo said drivers at the park had been fully sensitized on the disease.
Wobo said the union would continue to work with the state government to ensure that its members comply with government directives on how to contain the spread of the disease.
Also speaking at Obi Park Waterlines, chairman of the park, Mr Obi Amiefor, said the proactive steps taken by the government had checked the spread of the disease to the state.
At Rumuomasi Market, a member of the Market Council commended that state government for taking the campaign to the market.
Meanwhile, the Rivers State Inter-Ministerial Committee on the Coronavirus, has rated the compliance of Rivers people to government institutions on the disease high.
Speaking during a sensitization campaign to some motor parks and markets in the state, the Head of Environmental Health and Safety Rivers State Ministry of Environment, Mr Chimezie C. Georgewill stressed the need for people to cooperate and support government effort in the containment of the pandemic.
Georgewill urged park managers to educate their people on the need for high level personal hygiene, while also ensuring regular washing of hands with water and soup.
The Director who represented the Commissioner of Information and Communications, Pastor Paulinus Nsirim at the event said, government would dole out more preventive measures to check the spread of the virus in the state. 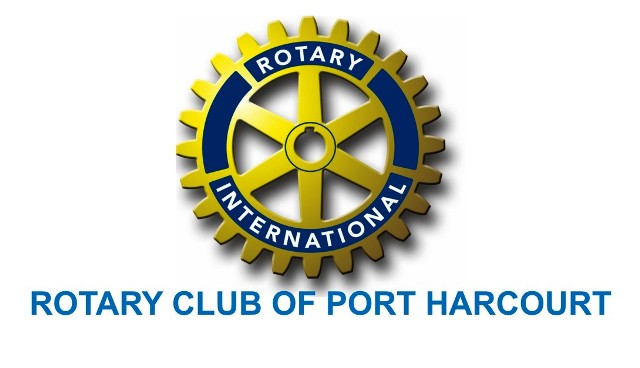 As part of measures to contain the spread of diseases in the environment, a nongovernmental organisation, Rotary Club of Port Harcourt East, Rotary International, District 9141, has carried out a fumigation at Rumuprikom Secondary School and its environs.
Speaking to The Tide shortly after the exercise, President of the club, Rotarian Gift Abgeso said the disease burden in the states was rising and expressed the hope that by the time schools reopen most of the disease causing organisms would have been eliminated
Abgeso noted that the club deemed it necessary to fumigate and sanitise the communities in which they operate especially in the face of the current realities plaguing the world.
He used the opportunity to charge the people of Rumuprikom to maintain high personal hygiene and ensure that the spread of diseases is curtailed.
Abgeso added that the school and community fumigation and sanitisation exercise, was under the Deaease Prevention, Treatment and Control project, one of Rotary’s six avenues of service to the community.
Speaking on the Covid-19 pandemic, Dr Juliet Edward, also a Rotary member, admonished the people to be extra careful of what they touch and pick to avoid coming in contact with the virus
Edward also charged them on maintaining clean environment to eliminate the invasion of rodents in their homes to avoid the spread of Lasser Fever. 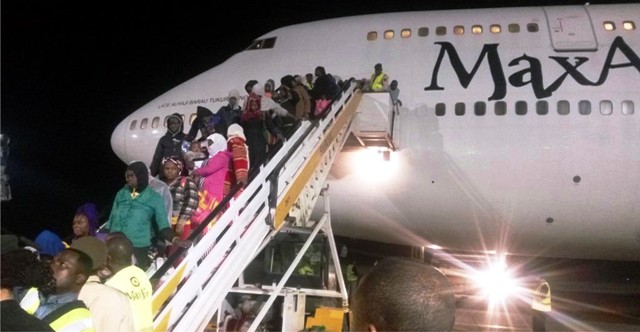 A Nigerian man who returned to the country from London has allegedly assaulted some health workers who insisted he must observe self-isolation as a precautionary measure against novel coronavirus.
The man has not yet been tested to confirm if he was positive or not for the virus as at the time of filing this report.
The incident took place in Delta State, Nigeria, last Saturday.
The assaulted workers were said to be surveillance officers of the Emergency Operation Committee on COVID19, Delta State.
Delta State Epidemiologist, Richard Ikwuogu, who broke the news of the incident in a short message that went viral via several WhatsApp groups, identified the man who allegedly assaulted the health workers as Emeka Ijeh.
The Commissioner of Health in Delta State, Mordi Ononye, confirmed the development in a statement.
The commissioner said the man was taken in by the police but was later released “because that is not in line with best practices, as it will pose a health risk and further spread the disease if he is positive”.
Delta State epidemiologist, Mr Ikwuogu, who said he was among those attacked, narrated what happened.
He said the epidemiology unit received a report that Mr Ijeh returned from London on March 23 and has since refused to isolate as directed by Nigerian health authorities.
Mr Ijeh allegedly used abusive words on the health officers who called him on telephone to explain to him why it was important for him to follow their directives. Not satisfied, the health officials were said to have decided to visit him at Okpanam, a community in Oshimili North Local Government Area of Delta State.
“We went with the intent of discussing why he should self-isolate but because of the phone call experience, we went to the Ogoani of Okpanam who asked the chairman of vigilante group in Okpanam to lead us to the place,” the state epidemiologist, Mr Ikwuogu said.
“On getting to his house opposite the Omu of Okpanam, he was informed that some persons were looking for him. He came down and while we tried to exchange pleasantries, he started abusing us that we were infringing on his privacy.”
Mr Ikwuogu said Mr Ijeh ordered them out of his residence. “We left quietly but I never knew he was following us,” the medical doctor said.
Mr Ikwuogu said he and other health officials were immediately assaulted on the road by Mr Ijeh.
The health commissioner, Mr Ononye said Mr Ijeh complained that he has been “treated as a leper” since his return from London. But that is not an acceptable excuse for his “aggression” on the health workers, the commissioner said.
Mr Ijeh was said to have later apologised to the health officials, after he was persuaded to do so by the commissioner.
The commissioner advised residents not to be hostile to health workers since they are at the frontline in the fight against the spread of coronavirus.