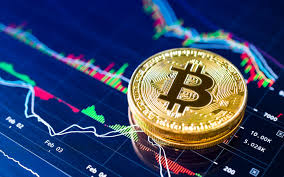 Bitcoin emerged about 10 years ago: Satoshi Nakamoto published Bitcoin’s manifesto in 2009 and changed the world forever. We have been able to do many things for almost 10 years using BTC: Bitcoin casino no deposit bonus campaigns, online purchases, payments, global money transfers… Cryptocurrencies can literally be used for everything and we owe it all to Bitcoin. So, what’s going on in Bitcoin for the last 10 years? What awaits us in the future? First, let’s look at some interesting statistics.

What Awaits Us in the Future?

The real question here is “what happened when there are no BTCs left to mine?” At the moment, new BTCs are added to the blockchain on a daily basis. So, what happens when this stops? People will lose interest in BTC? Do we get to spend it all?

Actually, finalizing the mining process is not a bad thing at all. Think of Fiat currencies: At the moment, there is a certain number of USD banknotes in the world, for example. So, when it comes to numbers, Fiat currencies also have limits. You may think that governments may “press” new banknotes to increase that number, but this is a common misconception. Yes, the governments release new banknotes to the market, but they also collect the “old” ones. This is how you fight with inflation actually. If you do not control the number of banknotes in the world, there will be too many of them and this will result in inflation. In other words, every currency needs to have limits.

The advantage of BTC is, we know what this limit is: 21 million. There cannot be more than that. When we reach that magic number, BTCs won’t vanish. They will still be used to purchase goods and services. However, since everybody will know there won’t be any new BTCs at all, their value will increase. Do you think that BTC is a “pricey” currency nowadays? Wait for all of them to get mined – the prices will really increase then.

This may also create another type of inflation but BTC has a solution for that: Satoshi. A Satoshi is the smallest unit of BTC – think of them dollar cents. 1 Satoshi is equal to 0.00000001 BTC – you need 100.000.000 Satoshi to “create” 1 BTC. At the moment, Satoshi is nearly worthless. It is even possible to earn them for free, by using several websites. But when all BTCs are mined and the prices rise, Satoshi will become much more valuable. A service that costs 0.5 BTC today will start to cost 1.50 Satoshi, for example. So, there will be no real inflation: The market will balance itself.

Although, none of these predictions is a “guarantee”: BTC has lots of competitors nowadays and they are all more technologically advanced than Bitcoin. The market and the people may choose to use one of them, for example, Ethereum. In any case, we are sure of one thing: The next 10 years will be the time of cryptocurrencies, whether it is Bitcoin or not.

Who would win the hypothetical first season of MLS?