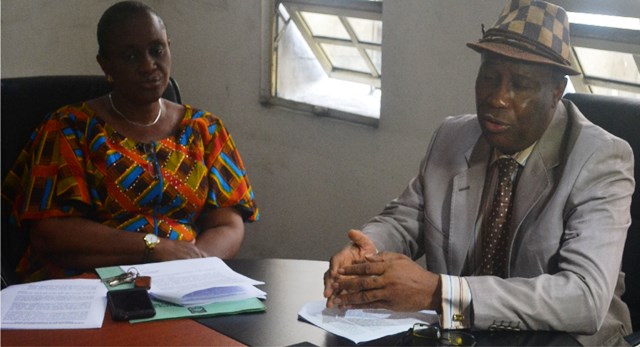 The Abuja Division of the Federal High Court, yesterday, declined to order the arrest of the Deputy Senate President, Senator Ike Ekweremadu, following his absence in court to face trial over his alleged refusal to declare his assets to the Special Presidential Investigative Panel for the Recovery of Public Assets.
The court, in a ruling that was delivered by trial Justice Binta Nyako, turned down an application the Chief Okio Obono-Obla-led Presidential Panel made for a bench warrant to be issued against Ekweremadu.
Justice Nyako said she was not unmindful of the fact that Ekweremadu had earlier filed processes to challenge the jurisdiction of the court, as well as the legal competence of the two-count criminal charge the panel preferred against him.
The panel had through its lawyer, Mr. Celsius Ukpong, insisted that Ekweremadu ought to physically appear before the court to either enter his plea to the charge, or to query the validity of his trial.
It told the court that the Defendant was duly served with all the relevant processes in the charge that was entered against him since May 11.
The prosecution accused Ekweremadu of deliberately making himself unavailable in court so as to frustrate his trial.
It, therefore, applied for an order to compel security agencies to arrest and produce him before the court for arraignment.
However, Ekweremadu’s lawyer, Chief Adegboyega Awomolo, SAN, persuaded the court to refuse the application which he said was highly unmeritorious.
Aside drawing the attention of the court to his client’s grounds of objection, the defence lawyer said it was more honourable for the Presidential Panel to withdraw the charge since the Court of Appeal has declared its operations as illegal.
Awomolo tendered a copy of the appellate court’s judgment that was delivered on November 5, stressing that the higher court made it abundantly clear that the panel, which filed the criminal charge against his client, has no prosecutorial power under the law.
After she had listened to both parties, Justice Nyako, said there was no necessity for the court to issue a bench warrant against Ekweremadu.
The Judge subsequently adjourned the case till February 26, 2019, to hear Ekweremadu’s preliminary objections to his trial.
The Presidential Panel had in the charge marked FHC/ABJ/CR/62/2018, alleged that Ekweremadu refused to declare his assets in a manner it prescribed for him.
It alleged that the Defendant ignored several invitations extended for him to “clarify issues in the allegation of excessive wealth or suspicious assets” which it said “cannot be justified or explained” by his legitimate income.

‘Disrespect For Rule Of Law, Threat To Democracy’