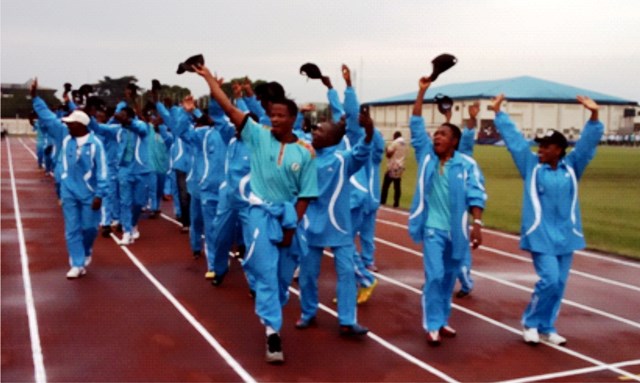 The 19th National Sports Festival (NSF) Unity torch  is expected to arrive Port Harcourt, the capital city of Rivers State, next week.
The State Director, Sports, Evangelist Ezekiel Ordu, will receive the torch at the boundary between Abia and Rivers State, and it will pass through the torch bearer, Permanent Secretary Ministry of Sports, Commissioner for Sports, Hon. Boma Iyaye to the Governor, Chief Nyesom Wike, at Government House.
Evangelist Ordu, has said that arrangements have been concluded to receive the torch in a grand style, as preparations are on top gear.
The State director of sports, disclosed this in an exclusive interview with Tidesports, yesterday, in his office, in Port Harcourt.
The movement of the festival torch from State to State is an indication that the sports fiesta will hold at the stipulated date.
Evangelist Ordu used the forum to call on all stakeholders in the sports industry, most especially Sportswriters to attend the event.