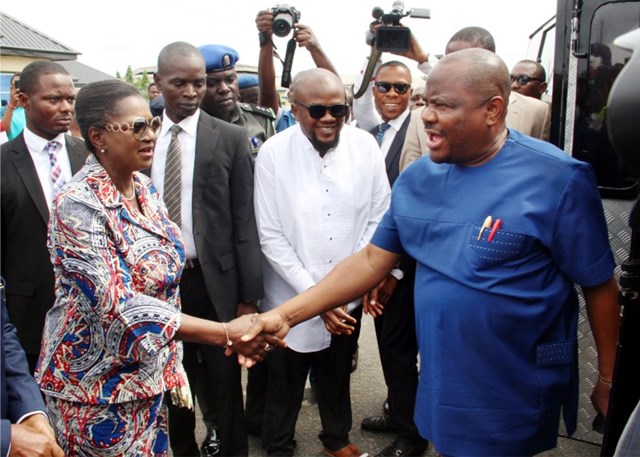 Staff of Daughters of Charity Clinic, St Vincent De Paul, Eeken in Khana Local Government Area of Rivers State have raised alarm over perpetual threats to their lives by gunmen who kidnap them for ransom.
The hospital staff who expressed their discontent in a peaceful protest staged along major streets of Bori, headquarters of the local government area recently, said they were incessantly harassed and threathened by some outlaw while carrying out their duty.
The staff condemned the recent abduction of the Administrative Head of the hospital, Rev Sister Clare Anyador, who was later released through the effort of security operatives.
Staff Welfare Manager of the clinic, Comrade Samuel Legor, who led the protest said the Daughters of Charity Clinic in Eeken community operated on the objective of dispensing health service to the people on a humanitarian ground.
Speaking at the Bori Divisional Police Command, Comrade Legor regretted that staff of the clinic had been exposed to frequent attacks by hoodlums who disrupted the operations of the clinic.
He said the recent abduction of Rev. Sister Clare Anyador by gun men, had caused severe panic and apprehension in the area leading to the close down of the clinic.
Comrade Legor called on the security agencies to come to the aid of the staff of the clinic by providing adequate security for them to carryout their charitable work.
He said most of the indigenes of neighbouring communities depended on the clinic for their health needs, but the growing insecurity in the area had crippled the operations of the clinic.
He also called on the chairman of Khana Local Government Area, Hon Latehlah Loolo, to give priority attention to the security of lives and proper in Khana, noting that Khana and Ogoni in general had earned a notorious publicity as a result of insecurity.
In his response, representative of the Head of Bori Divisional Police Command, DSP Gbenga O’lemy assured the protesters of the commitment of the police to partner with other stakeholders to provide adequate security in the area.