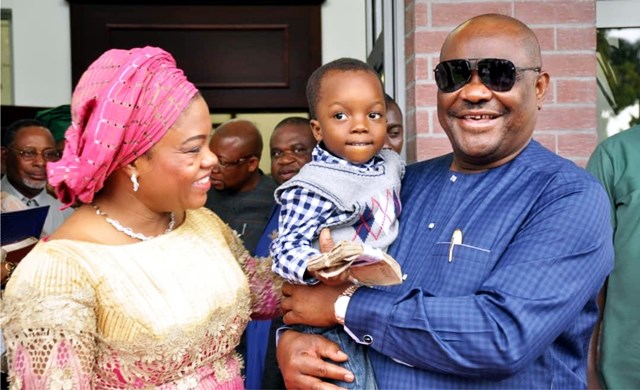 The Centre for Anti-Corruption and Open Leadership, CACOL, has called on the Economic and Financial Crimes Commission, EFCC, to probe the video clip that has since gone viral, showing the Governor of Kano state, Abdullahi Ganduje allegedly receiving $5m (Five Million US Dollars) bribe.
CACOL, in a statement sent to newsmen last night in reaction to the video, said the news which went viral since last week alleged that the governor personally receive from 15 to 25 per cent kickbacks for every project executed in the state.
CACOL’s statement was signed by its Media and Publications Secretary, Adegboyega Otunuga, on behalf of its Executive Chairman, Mr. Debo Adeniran.
The organization said, “You could then imagine how much of diversions of public funds would have taken place under his watch and why a state as large and strategic to the northern bloc has not had any meaningful achievements to point at since he assumed office, unlike his predecessor, Alhaji Rabiu Kwakwanso.
“The impression this man was giving, ab initio after starting his tenure, was that Kwakwanso was teleguiding his regime for selfish and covetous considerations, now we know better.
“Many of the contractors have attested to this heist by a sitting governor who was busy collecting as much as 25percent of total costs of building stalls for the people, as his personal kickbacks.
“The report went further to state that all the investigations carried out on the authenticity of this video by the Muhammadu Buhari’s presidency, clearly confirmed they were never doctored. Since this administration is one that prides itself on total war against corruption, irrespective of whose ox is gored.
“We wholeheartedly call for EFCC intervention by setting up a comprehensive investigative panel over this matter while the Kano state House of Assembly should wade in by commencing an impeachment process on the governor to save the state any further embarrassment and prove its own innocence over this unholy act.
“This scandal equally afford the President Muhammadu Buhari’s administration a unique opportunity to prove to Nigerians the truism of his inaugural phrase of ‘having no friends or enemies whenever the issue concerns the national interest of the nation.”
Meanwhile, the presidency has reacted to the viral video of Kano State Governor, Abdullahi Ganduje, allegedly receiving bribe amounting to about $5million from contractors in the state.
A sting operation by an online newspaper that captured the governor on camera was said to have began two years ago when one of the contractors agreed to plant spy camera on his kaftan while offering the bribe.
During the about 10-month effort to capture the bribe giving/taking scenes, the governor’s face and body were reportedly clearly captured in nine clips, while six others did not clearly reveal the governor’s face. About $5m dollars were said to be delivered to the governor in all.
However, the clip stirred reactions online as some Nigerians described the development as a “shame to the Buhari led administration, who claim to be fighting corruption.’
But, reacting, the Senior Special Adviser to the President on Diaspora & Foreign Affairs, Abike Dabiri-Erewa, said the video was suspicious.
On her Twitter page, she wrote, “No audio?? Suspicious.”
Responding to a user, who asked if CCTV had audio? she said, “You are obviously ignorant. The report said the person who recorded hid the camera in his cloth, in this political season, don’t get carried away with anything and everything. Think.”
Governor Abdullahi Ganduje of Kano State has threatened to sue an online news medium, Daily Nigerian, that released a video allegedly showing him collecting money suspected to be bribe from contractors on different occasions.
Governor Ganduje, in a statement by the state Commissioner for Information, Muhammad Garba, said the video was not only cloned, but also that the allegation contained no iota of truth.
He said: “We wish to state that there is no iota of truth to these allegations and if there is any such alleged video, it is at best cloned.
“The government of Kano State is taking this matter seriously and will exploit every appropriate and legal avenue to ensure that it gets to the root of the matter and the perpetrators brought to book.”
Publisher reacts, Publisher of Daily Nigerian, JaafarJaafar, who had gone underground due to alleged threat to his life, said the sting operation to capture the governor on camera began two years ago when one of the contractors agreed to a request by the media outfit to plant spy camera on him, while offering the bribes.
The publisher said: “During a 10-month effort to capture the bribe giving/taking scenes, the governor’s face and body were clearly captured in nine clips, while six others did not clearly reveal the governor’s face. “About $5 million dollars were delivered to the governor during the sting operation.
One of the contractors, who preferred not to be named, said the reason he collaborated with newsmen was to expose corruption and bring sanity to the country.

Killing Of Aid Worker: CAN Commiserates With Muslims, Others