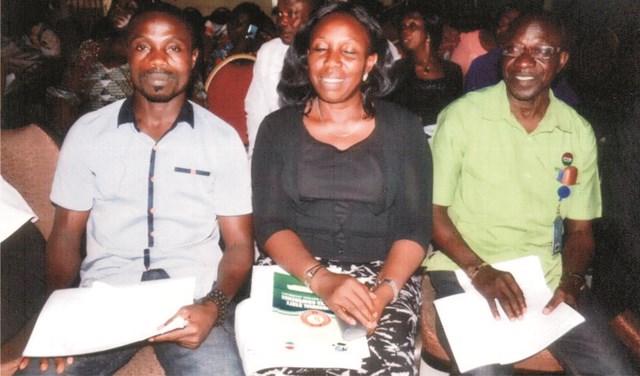 The Nigeria Union of Public Service Reportorial, Secretarial, Data Processors and Allied Workers (NUPSRAW), Rivers State Council, has held its 5th quadrennial state delegates’ Conference with a call on members to rededicate themselves to the service of the union and country so as to foster economic growth and development.
The former Chairman, Comrade Goodhead Iwari who made the call in his address at the opening ceremony of the conference at the Nigeria Union of Journalists (NUJ) Conference Hall, Moscow Road, Port Harcourt, thanked the members for their support and solidarity throughout the service period of the outgoing executive.
Iwari explained that the event was designed to provide platform for the outgoing executive to present its report card while members also to elect new officers to pilot the affairs of the union in the next four years.
He noted the cordial relationship existing between government, NLC, JNC and other sister industrial unions in Rivers State and advised the incoming executive to also maintain same momentum.
Also speaking, representative of the Permanent Secretary, Establishment, Training and Pensions Bureau and Chairman, Mrs I. Pepple, who declared the occasion open said that secretaries were the bedrock of the civil service, and promised that secretaries, data processors and computer analysts would also be employed soon by the government.
The Special Guest of Honour and state Controller of Labour, Comrade Ehigbai Iziren advised the new executive to lead the union to enviable heights while working hard to improve the welfare and service conditions of members.
Another guest, Chairman, TUC, Rivers State, Comrade Austin Jonah, also advised members to start now to plan their retirement, stressing that the three-phased process include, divine retirement, which ensures government pays retirees from the date of retirement till death, while contributory retirement enables the retirees contribute for their retirement just as the third phase includes insurance which entails retirees investing in their retirement.
Those elected are Com George Obuoma, Chairman, Com Beauty Njiowhor, Vice Chairman, Com Grace Bruce Jaja, Treasurer, Com Adaye Fred-Horsfall, Asst Secretary, Com Henry George, Financial Secretary, Com Ali O. Ali, Auditor, Com Dora Monday, Chairperson,Women Committee, Ngozi Okoroafor, Ex-Officio Jemimah Wahu, Patience Aselema, Riadanace Garrick and Dorathy Koko.