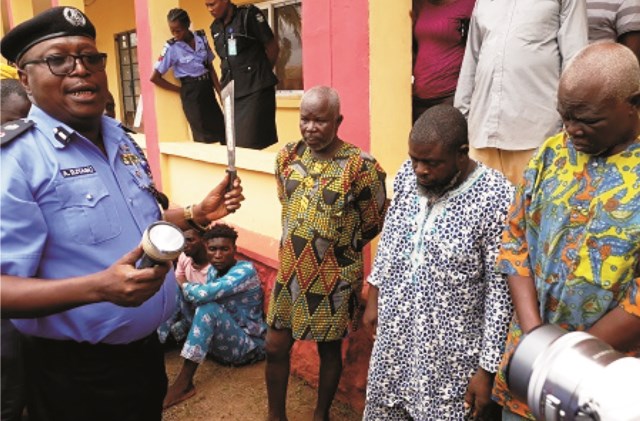 The President of Oro Esara United Youth Movement, Comrade Edwin Ekezie, has vowed to make security of lives and property top in his agenda.
He said this at the weekend shortly after his swearing-in ceremony at Obio/Akpor Local Government Area.
Ekezie said that the need became imperative to strengthen business and other activities in the kingdom.
According to him, security of lives and property ought to lead the programme of any meaningfull administration, as insecurity always has a way of setting a people backward.
The newly elected Oro Esara Youth Leader, noted that proper security network would also attract more investors to the area.
Concerning the Governor Nyesom Wike’s achievement in the aspect of security, he said that the governor had performed excellently, following the rate of development in the state.
He was of the view that without water tight security network, business operators would have since fled from the state.
The youth leader, also pointed out that no right thinking member of the society would want to sponsor crime, as he warned those with criminal tendency to depart from the entire Oro-Esara kingdom and added that there would be no hiding place for them.
He has, however, called on his executive to be diligent to enable them deliver credibly.
Other members of the executive are, Ike Amadi, Vice President, Sophia Wobo, Vice President II, King Okene Nsirim, Secretary and Ekezie Kinido Davis, Assistant Secretary.
Others include; Obioalor Nlemuonu Public Relations Officer, Wobo Princwill, Publicity Secretary, Florence Wogunka, Woman Leader I, Queen O. John, Woman Leader II, Ovunda K. Ikwunga, Organising Secretary, Worlu Uchechukwu, Director of Socials, while Elizabeth Wosu carried the day as financial secretary.
The Tide gathered that the life span of the executive would be terminated after two years.