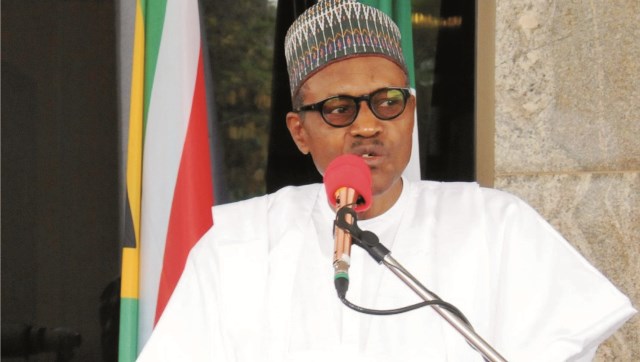 Nigeria At 58: Anything To Celebrate?

Wike: An Agent Of National Cohesion

Nigeria At 58: Anything To Celebrate?

Nigeria clocks 58 years today as she gained her independence from the British colonialists on October1,1960. Fifty-eight years down the road, how has the nation fared? Is there anything to celebrate? Our correspondent went to town to get the views of a cross section of Nigerians and their responses are as amazing as they are interesting. Exerpts.

Hon Awaji –Inombek Abiante, House of Representatives member for Andoni Opobo/Nkoro
What are we celebrating? Are we celebrating constant power or free education? Our contemporaries have gone ahead of us. If you look at countries that started like us, many of them have left us behind. At 58, Nigeria is now the world capital of poverty. If really we are going to celebrate development, which one have we seen? Is it for the attainment in respecting the rule of law?
For us, if we cannot have an honest leadership recruitment process, then, we cannot be celebrating anything. In the last elections, we had reports of vote-buying. Is that progress?
To my mind, the independence anniversary calls for reappraisal and sober reflection, and rededication for better foundation.

Chief Anabs Sara-Igbe (Ijaw Leader)
Well, there are lot of things to celebrate. Over the years, there have been several attempts to disintegrate the country, but it has failed, secondly, seemingly, we are alive, thirdly, we are moving towards democracy, even though what we have now is still military democracy. The America we are seeing today is over 200 years and Nigeria is just 58. So despite the crisis, we are still alive.
We are moving from a poorer nation to an average one, looking at our population and we are able to feed our people.
“However, there is need for improvement. Our democracy and political system is not yet mature. We should see politics as service, we must not see poltics as self gain, and for self enrichment. We should ask ourselves what we can do for our nation. We should rather move our economy from public to private.
We should also think of restructuring the country, so that every section can move to contribute to nation building. Restructuring is the way forward in this country. Our security architecture also needs to be changed. It should be spread in such a manner that every part of the country will have a say in the security apparatus of the country. If we can do all these, then our country will change for the better.
For me, this year’s independence anniversary celebrations should be reflective. We have to look back and see how far we have come as a nation. There is a saying that ‘when you look at your neighbour, you will know what God is planning for you.
So, the question is: who are we looking at? You cannot really achieve much if you don’t have a goal. When it comes to the comity of nations, other nations that are developed and are where we aspire to go should be our model. Today, people from Dubai and the United Arab Emintes are no longer going to America. When you get there today, you will discover that at a time in their history, they were looking at America and today, they were able to achieve something close to America. Today Americans are visiting United Arab Emirates. Even we Nigerians leave our country to go visit Dubai. Unfortunately, these are countries that we were better than in the 60s and 70s, but today, they have gone past us. In the 50s and 60s, people were riding on camels there, but today it’s no longer so because they had a vision and pursued it.
The problem we are facing today is because we don’t pay attention to history. Some of the mistakes we made before, today, our politicians and leaders are still making the same mistakes. Things that are happening today had happened before. We have to learn from history. So for me, we have to do a reflective celebration this year.
“Nigeria at 58, to me we have done well having sustained democracy for 19 years. It’s a pointer that the country is making headway. But more needs to be done among political elites who by their quest to grab power have thrown the country into a chaotic situation.
“The present administration headed by President Buhari has actually not performed creditably. The reasons are that the administration has actually not reached out to the people, and there is practically non-human capital development in the country. That is the more reason why there is tension among the citizenry.
“In the first place, Nigeria is an independent nation, and that is very key, but the persons who celebrate must have a good reason to do so. You know celebration is associated with two things, joy as against kill – joy. Now if you look at the masses, the question I would like to ask is “are the masses happy? Even if you go to the North, some Northerners are not happy. So many of their people have been killed and anybody in mourning cannot be happy.
“Now let’s come to the area, where civil servants have been agitating for salary increase, that too have not materialized. And as you the workforce in Nigeria has greater percentage of the population. These workers also have children in higher institutions and primary schools. If you go to some families, to eat three square meals has become a problem. So many children, those families who have managed to train their children out of school, their children don’t still have jobs and they keep on feeding them – for such families, there is nothing to celebrate.
“For the civil servant whose dream of acquiring new minimum wage, it has not materialised, so for civil servants I don’t think there is anything to celebrate.
“Now if you look at the political atmosphere, the only people who don’t have retirement age are politician. If my grandfather was alive today, as a politicians he would have gone to pick intent form to contest election even at the age of 74. These are the things we are talking about while referring to the youths as leaders of tomorrow. Forgetting that for anyone to be a leader of tomorrow, he or she must undergo tutelage or training, and given a sense of belonging. But you discover that it is not the case in Nigeria. All we see around are old people, who don’t want to leave the political stage, instead they are prepared to adjust their age, in order to perpetuate themselves.

Comrade Opi Erekosima, Rivers State Chapter Chairperson of Radio, Television Theatre Workers Union
I want to join my voice with many other well-meaning Nigerians to congratulate the country as we clock another 58 years. Whether we like it or not, there is every need for us to celebrate. Despite the challenges before us which I see as obstacle, we can surmount, these are things that can make us stronger. I want to congratulate Nigeria for clocking 58 years at least for the first of life. You will really appreciate life when you visit the hospitals and the mortuary. And every Saturday, you hear obituary announcement, at least, that’s when you will appreciate life.
So I have every reason to say congratulations, first to myself and to Nigerians, then to the nation and then to my state. Yes, we are approaching another triumphant entry, I am talking about the 2019 elections and tempers are rising. Nigeria right now looks like a pot that’s boiling and someone needs to open the pot to see what the content is. So whatever the content is, I want to appeal to everybody to be calm. We need to be patient and hardworking.

Godwin Oruigoni, Civil Servant
As far as there is life, there is something to celebrate, even as an individual, you will discover that as you grow old, you see people celebrate life even when they don’t have anything to show with the belief that their tomorrow’s maybe better than today. That’s the same picture we are putting Nigeria into.
Yes, there are a lot of pitfalls and people’s expectation of the country is not what it’s supposed to be and that is why a lot of people are not excited to celebrate. However, if we don’t celebrate, it will look as if we have lost hope as a nation.
So we are celebrating to keep faith that no matter the pitfalls stemming from bad leadership, poor economy and infrastructure, we are still hopeful.
“As a Christian “we are expected to believe that our tomorrow will be better. We are not looking at the indices but we are looking at our potentials. Before this government came on board, there was so much hope, but today we are disappointed.
So we believe that it’s much more than the indices we are seeing now. For me, I believe that at this point in time, there is more God can do to change Nigeria for the better.

Dr Isaac Mieiamuno-Jaja
My opinion will be based on the Scriptures. The Bible says in every situation, we should give thanks to God. At 58 years of our independence, the country may not have arrived to the level everyone may have aspired to be. So in all, every good thing that has happened, some people have lost and in every bad thing that has happened, some other people also gained. On the totality, Nigeria has not gotten to where it supposed to be, but that does not mean that we have not made progress in some areas.
If for nothing, at least Nigeria is at peace and that is enough for us to be happy and thank God.
“So in thanking God, there is nothing like low key and high key thanksgiving and I believe that we must thank God in all fullness, especially for the life that we have. There is every reason to thank God for our independence, the issue of low key and high key does not obtain.

Wike: An Agent Of National Cohesion 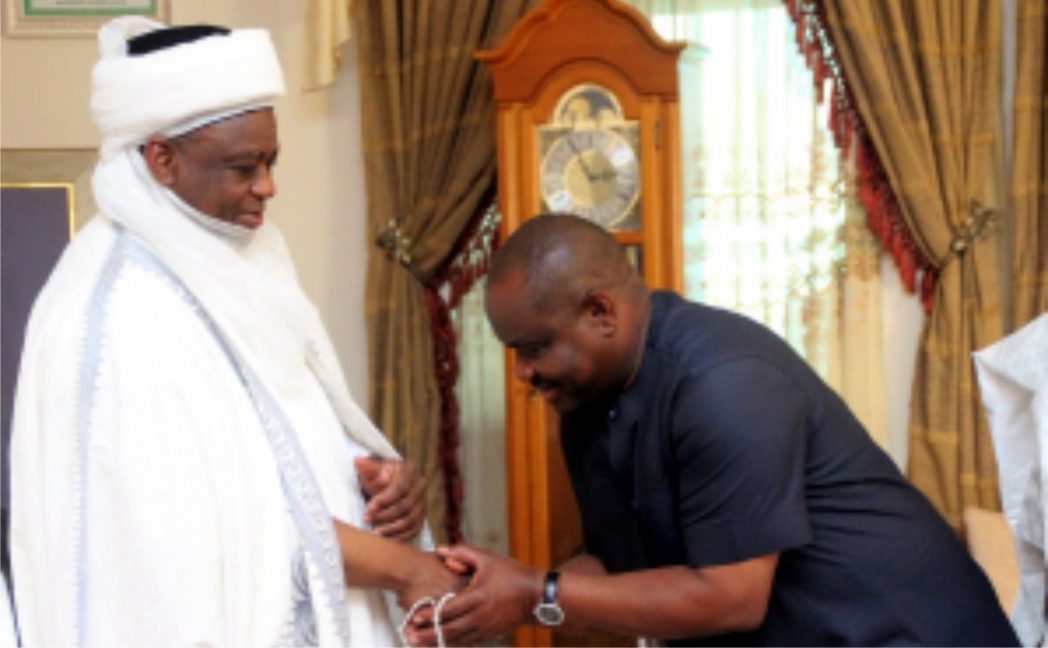 Nigeria At 58 : Niger Delta In The Eye Of The Storm 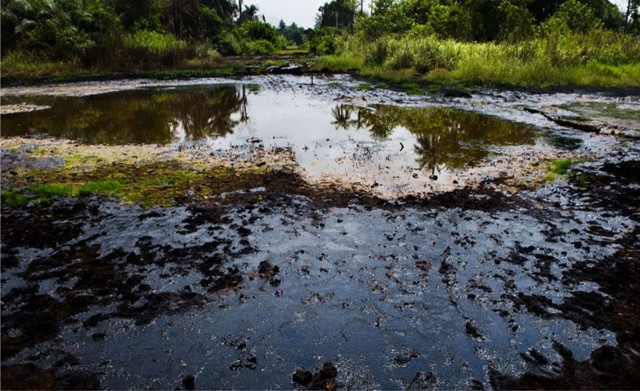