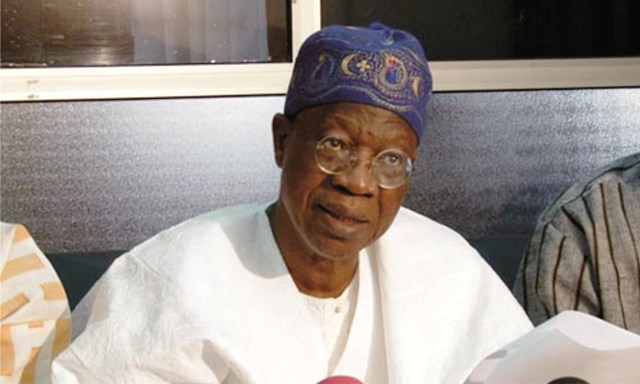 Bride Price Should Be Scrapped – Adichie

Last week, contestants on Nigerian Idol took a trip back to their birth year, as they performed their favourite hits from the year they were born. BeyonceAjomiwe opened the night with her rendition of Rihanna’s 2004 hit, Unfaithful. DJ Sose commented that her breath control was good, but Seyi Shay felt the song was not the right choice for her.
Next up was Comfort. Her performance of Christina Aguilera’s Beautiful impressed the judges and showcased her continuous growth in the competition. She was, however, advised to work on her vocals and stage presence.
Atela Francis’ soulful performance of Bryan Adams’ rock classic Please Forgive Me left the judges speechless. When Obi Asika finally spoke, he commented that Francis had just delivered a stadium worthy performance.
Another contestant who left the judges speechless was Faith Jason. His song choice, You Are Not Alone was a tribute to his idol Michael Jackson. DJ Sose exclaimed that he was the full package; combining his voice, skill and stage performance.
Fans favourite, Kingdom followed Francis and Faith Jason performances with a stunning rendition of Toni Braxton’s Unbreak my heart. According to him, he chose the song because he read fans’ comments, asking him to be expressive and this was his response. Seyi Shay felt that this week’s performance was a step up from last week and he had redeemed himself. Obi Asika agreed, saying that Kingdom had arrived and they had all been waiting for him to sing and perform the way he did during the auditions.
Akunna sang LeAnn Rimes’ 1997 hit, How Do I Live. Obi Asika commented that like her previous performances, she was great. Emmanuel closed the night with a stellar performance of Seal’s Kiss From A Rose. He received a standing ovation from all the judges who praised his vocal ability and stage presence.
For Daniel, it was the end of the road as his journey on Nigerian Idol came to an end. You can vote for your favorite contestants as the power to determine who stays and who leaves is solely in the hands of the viewers. Voting on Nigerian Idol is via the website, mobile site, MyDStv, and MyGOtv apps and via SMS, which is available only in Nigeria.

The news of his death on April 10, 2021, shook Nollywood. His fans and colleagues knew he had a prolonged battle with diabetes, but didn’t know the notable Nollywood actor, Bruno Obinna Iwuoha, would bow to the disease, even after a news website had hinted that he was responding to treatment.
Aged 68 and survived by a wife and six children, the remains of the award-winning actor was committed to mother earth this Thursday in his hometown UmunumoUmuanunu in Ehime Mbano Local Council of Imo State.
In a condolence message, President of the Actors Guild of Nigeria (AGN), Ejezie Emeka Rollas commiserated with the immediate family members, friends and fans and prayed, “God would comfort them at this moment of grief.”
Rollas described Iwuoha as a “dependable actor and committed practitioner who will be surely missed.” A gifted actor who acts with credulity and mien, Iwuoha hit the right note and became a household name when he interpreted delightfully, the role of a catholic priest in the award winning flick, Sins of the Flesh, which starred Africa’s best ChiomaChukwukaAkpotha in a lead role. It was his deep and inimitable interpretation of the role that got the jury of the African Movie Academy Award (AMAA) to unanimously declare him the best supporting actor in a leading role.
For Bruno Iwuoha, that award, which he received personally at the 2007 edition of the AMAA held in Yenegoa, Bayelsa State capital, was confirmation of a dream fulfilled. Right from when he joined in a little over two decades ago, Bruno had always wished that in no time he would emerge a constant visitor in most homes. And true to expectation, that confirmation came and it came in no time.
Though Uncle Bruno, as younger colleagues roundly call him, confessed that he grew up with a healthy appetite for acting, he never imagined that acting would become something of a full time job for him. Until he passed on this April, his life story took a different dimension. Not only did the grey haired actor cut a swath among the industry’s recognisable faces, he was roundly regarded as one of the good men of the movie because of the streak of successes he recorded as an actor.
But Iwuoha didn’t walk into acting just for the fun of it. The last time he spoke to this reporter, Uncle B as he is also called, revealed that he had a flair for acting and was at a time head of his school dramatic and literary society. It was there that he first struck his acting stuff.
But he didn’t continue after school. Young Iwuoha wasn’t convinced then that acting would put food on his table. So, he made up his mind to do some buying and selling, as well as supplies. Later, he got a steady supply job and became a registered contractor with the National Fertilizer Company.
But even as he bought and sold for profit, something inside of him yearned for some acting on stage and screen. The voice became clearer as days pass. But Iwuoha would not be distracted or so he thought. He continued trading until he bowed to what he said was the ‘superior pressure’ of the voice within.’
“It was the day that I returned from one of my business trips that I met a letter inviting me for an audition; that was how it started,” Iwuoha recalled.
Indeed, it took that decision to honour the audition invitation for Iwuoha’s music chair to turn full circle. That day turned out the last day that the actor with a distinctive feature-grey hair bought and sold any commodity. He took to full time acting and confessed then that he is likely not to consider quitting motion picture practice for any other job because of the gains that has come with his involvement in motion picture practice as an actor.
An easy-going personality, Iwuoha’s first take in the movie industry was as a supporting actor in Lost Kingdom written by EkennaIgwe and directed by Ndubuisi Oko. From Lost Kingdom, he marched on as producers sought him out each time they wanted a steady and reliable actor who will throw himself to a role once he gets one. Unlike his peers who played same role in every movie, Iwuoha versatility showed when he moved easily from one role to another. If he was not playing a chief in one, he would be playing a devious and or good father or uncle in another and or a priest in yet another. He was soon to be named an all rounder.