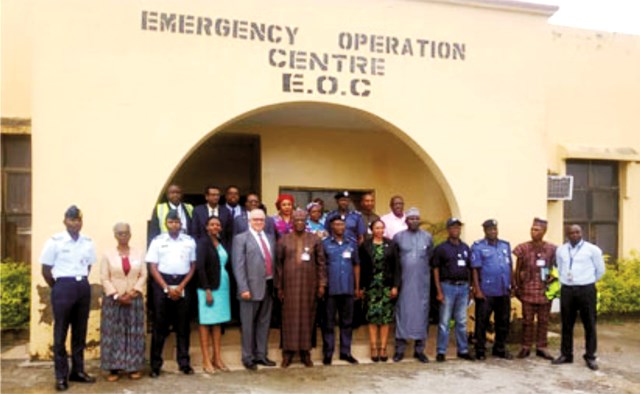 The warning strike called by Nigerian Labour Congress (NLC), and Trade Union Congress (TUC), over disagreements on the adoption of a new minimum wage for Nigerian workers was effective in some parts of the country.
The Tide source reports that business activities were paralysed in Sango-Ota, Ogun State, due to the action as the premises of public institutions remained closed.
On September 12, NLC issued a 14-day ultimatum to the Federal Government to either agree with its demand for the tripartite committee deliberating on a new minimum wage to reconvene and complete its assignment.
Some of the places our source visited were Ado-Odo Local Government headquarters, the courts, Post office, Ansarudeen Secondary School and Primary Schools.
Some lawyers who came to the Magistrates’ Court and High Court in Sango-Ota to transact business could not gain access to the courts as the gates were shut, while school teachers in schools visited were at the gates sending wards home.
Some workers, who wished not to be identified, commended NLC and the organised labour for the strike aimed at ensuring that workers receive decent pay.
They said the current pay was not enough to take care of workers.
Also, in Adamawa State, government workers joined the strike.
The state Government Secretariat in Yola was locked as was the case in Yola North and Yola South local government secretariats.
The courts were also closed while some banks rendered skeletal services.
But at Federal Medical Centre, Yola, the doctors and nurses attended to patients.
Meanwhile, the Police Command in Adamawa has advised the public to remain calm and go about their normal businesses.
The command in a statement by its spokesman, SP Othman Abubakar, said it had put adequate security measures to ensure that no one was harassed because of the strike.
“Adamawa State Police Command has put in place security measures to ensure that the good people of Adamawa State go about their normal businesses without harassment from any quarters,” Abubakar said.
But in Gombe State, bank customers expressed anger over the strike and said the labour unions were not sensitive to the plights of the people.
They said the strike was uncalled for since government had not called off negotiations with the unions.
A businessman, Mr Ndubuisi Dibia, said that NLC had not taken into consideration the implications of strike on the economy.
“ NLC has not taken into consideration the strike implication on businesses. Businessmen like us have nothing to do with strike so why will the bank deny us services.
“ I do not think they know the implications of their action on an economy that is recovering from recession”, he said.
A trader in Gombe New Market, Mrs Roseline Nworah, said she was not happy with the action of the banks, adding that the strike was not necessary since negotiations were on-going.
A farmer, Abubakar Mohammed, said NLC should be more concerned with implementations rather than fighting for a new minimum wage.
Mohammed said: “ The last minimum wage of N18,000 is not being paid by most governors. What has NLC done to that?
“ Now they are on strike to get the government to implement N65,000 as new minimum wage. Who is deceiving who?
“ Let NLC force governors to pay the last minimum wage so that when we have a new one the workers can feel the impact.’’
Meanwhile, government ministries and other government buildings and schools remained locked.
Mr. Hussaini Pantami, the Principal of Government Junior Secondary School, Yelenguruza (Gombe State) appealed to all stakeholders to find a way of resolving the issue so that the students could go back to school.