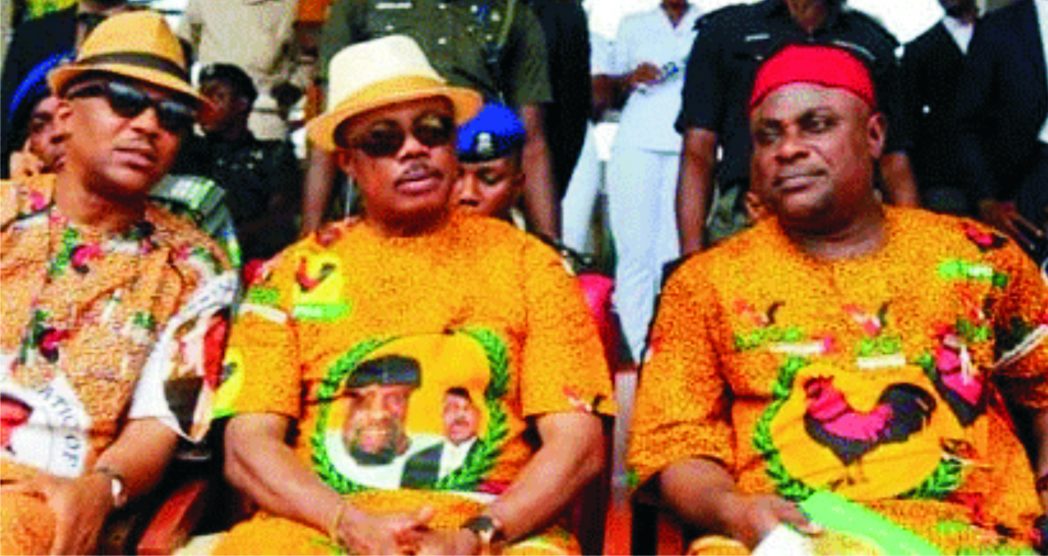 Benue State Governor, Samuel Ortom has cried out over the decision by President Muhammadu Buhari-led government to withdraw the Paris Club refund from the state’s account.
The Governor, however, urged the people of the state to remain calm, following the decision of the Federal Government to withdraw the final tranche of Paris club refund initially sent to the state.
Ortom expressed shock at the decision and expressed the hope that the decision will be reversed in the interest of workers and retirees of the state.
A Statement made available to newsmen by the Governor’s Chief Press Secretary, Terver Akase, Ortom noted that plans had been concluded to start paying up workers salaries and pensions with the fund before the withdrawal.
The statement added, “Following the Governor’s directive to the state Ministry of Finance, payment of salaries, pensions and gratuities was set to commence today, only for the people to wake up with the demoralizing news of Federal Government’s recall of the funds from the state’s accounts.
“We hope this latest move is not part of the ongoing witch-hunt of the state. Benue people have already suffered enough impunity and attacks.
“We also hope that the withdrawal order was made in error, because the said funds are not grants from the Federal Government.
“This was a refund of funds the Federal Government has been owing Benue over the years, so they shouldn’t make it look as though they had given the state a loan or a grant.”
Governor Ortom assured the people that the Nigerian Governor’s Forum, NGF, will meet today and take an official position on the matter.
Meanwhile,the Federal Government, yesterday, ordered recall of the second tranche of the London and Paris Club Refunds disbursed to five states, amounting to about $2.7 billion (N972 billion.)
No reason for the recall was given.
The states involved are Delta, Imo, Benue, Rivers and Osun.
But the Nigeria Governors Forum (NGF) has called for an emergency meeting to challenge the action which some of them believe was politically motivated.
Our correspondent also gathered that the recall is done directly from the states’ accounts with the Central Bank of Nigeria (CBN).
However, many of the states confirmed that the money had already been spent mostly on payment of workers’ salary arrears.
Benue State Governor Samuel Ortom said he directed the commencement of payment of salary arrears, pensions and gratuity from the N14.9 billion Paris Club refund received by the state to pave way for speedy payment of the funds to workers and retirees.
Osun State Commissioner for Information, Adelani Baderinwa, claimed the government was yet to be informed and cannot speak on the refund because the Paris Club Refund has been spent on workers’ salary.
Meanwhile, the Chairman, Nigerian Governors Forum, NGF, Governor Abdul’Aziz Yari Abubakar has called an emergency meeting of the Forum for today at the NGF Secretariat in Abuja by 3:00 pm. The meeting has just one agenda, CBN’s recall of the London & Paris Club Refunds to States.
Yari, in the invitation to the other governors, requested them to come along with at least three (3) months evidence of salary payment as well as evidence of any challenge related to the payment of salaries in their states. Recall that the Federal Government said that the states should clear backlog of salaries and other related staff arrears before they would be able to access the remaining $2.7 billion Paris Club Refund.